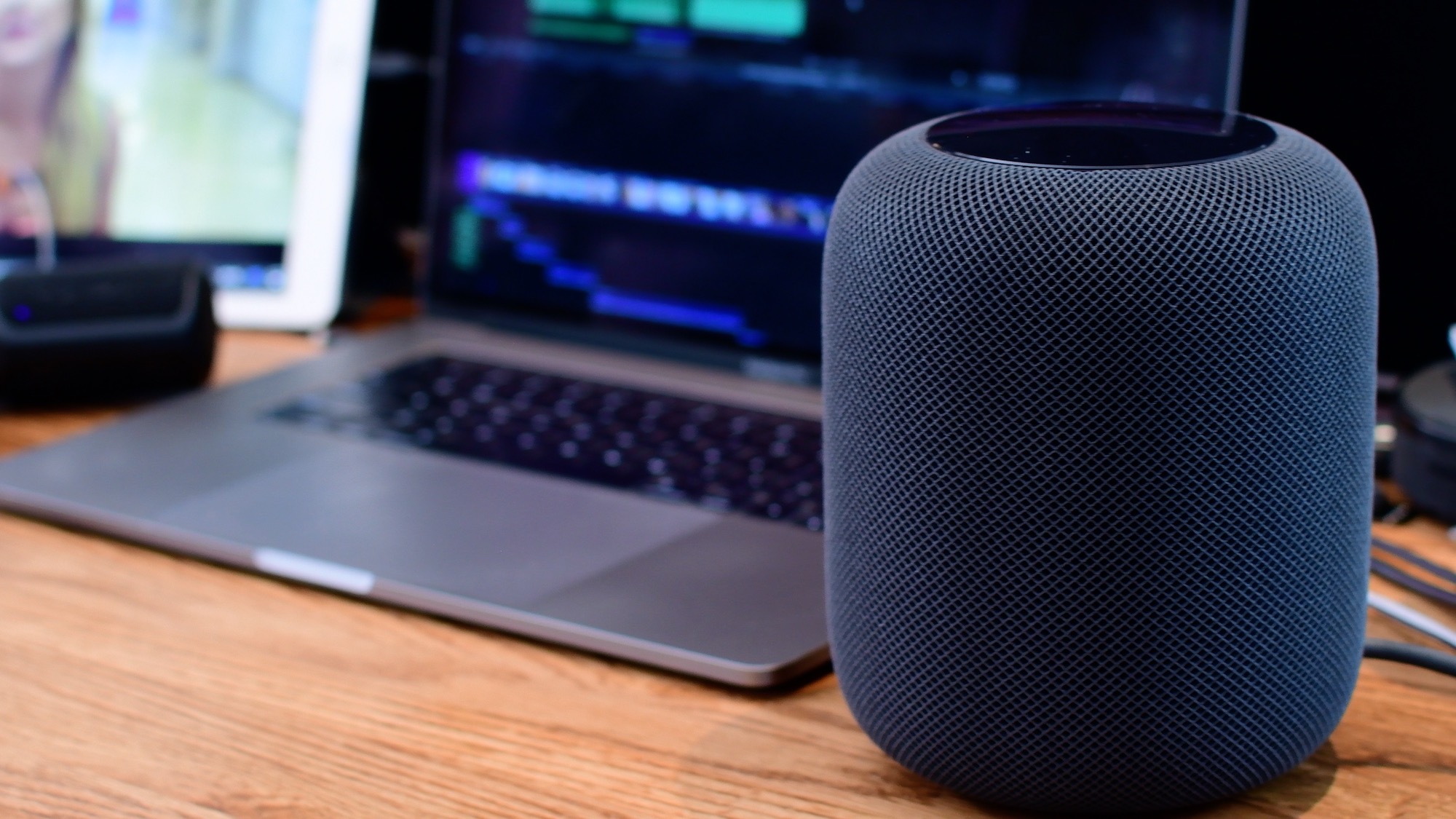 Aside from using Siri, there are a variety of touch-based actions you can use to control the HomePod as well. We walk through those HomePod gestures in our guide and hands-on video.

Siri is clearly going to be the best way to control your HomePod. Everything that you do with touch, you can also do with Siri. However, there are times when it is easier/more convenient to use the touch interface instead.

There are three primary tasks you can carry out with the tap of a finger. Calling upon Siri, controlling your music, and adjusting the volume.

Siri can be activated by anyone by simply saying the obviously phrase “Hey, Siri”, but if you’d prefer to invoke Siri manually, that is easily possible.

The gesture is intuitive, and mimics what you’d expect on your iPhone.

Simply touch and hold the touch surface to call upon Siri.

You will know Siri is active by the waveform displayed on the screen.

When playing music, there are three primary controls to be aware of. If you’ve used any headphones with an inline remote, these should be relatively familiar to you.

Tap once to play or pause the audio that is currently playing.

Double-tap to skip to the following track or chapter.

Triple-tap to go to the beginning of the track, or to the previous track.

If you tap and hold either the + or – buttons it will continuously increase or decrease the volume until you release.

That pretty much covers the touch controls, and they are relatively easy to remember and consistent with Apple’s other products.

There are no swiping or multi-finger HomePod gestures to worry about, as Apple is clearly aiming to keep things simple.

Have you had a chance to try out a HomePod yet? What have been your impressions? Let us know down in the comments.