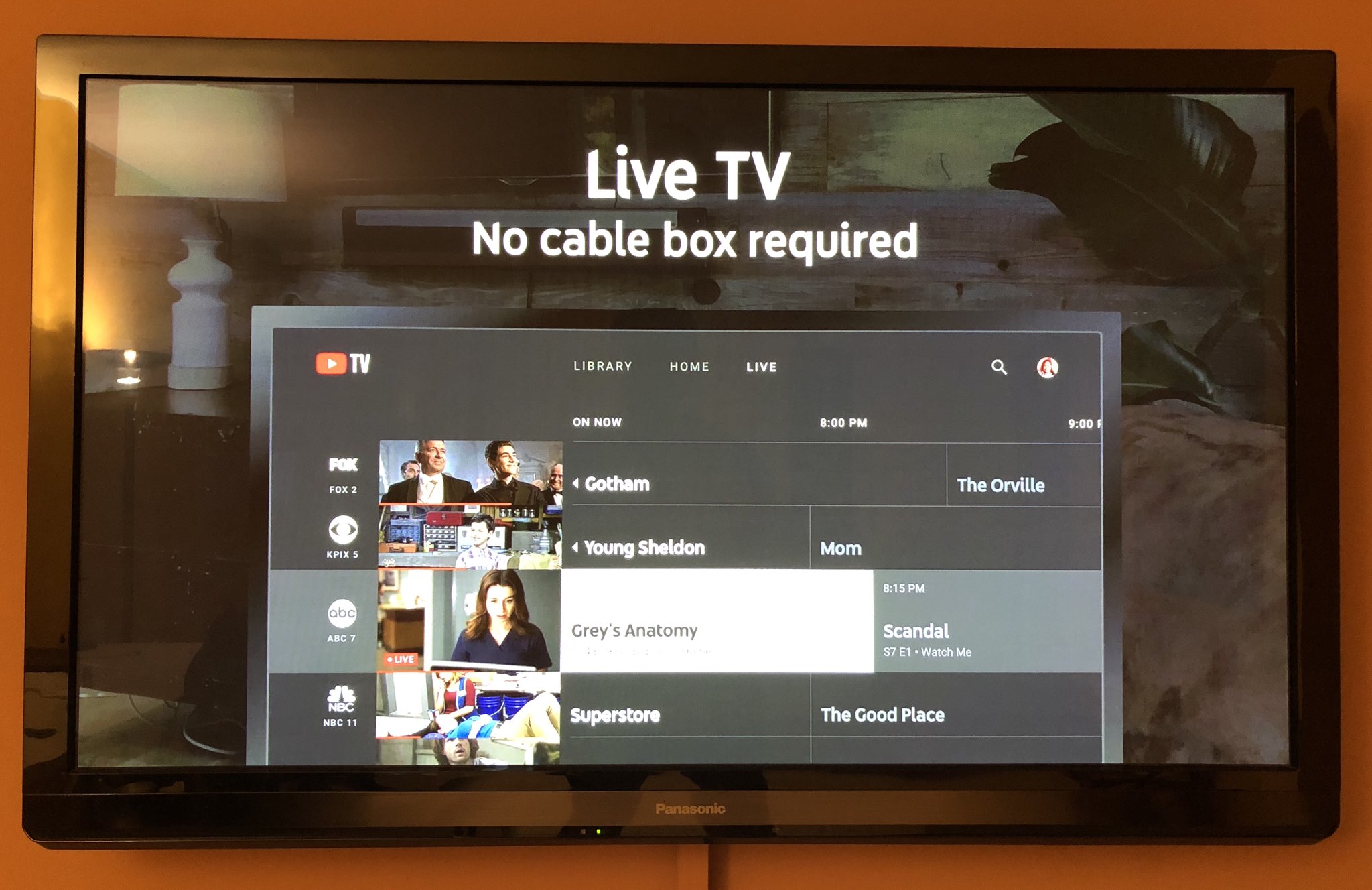 Perviously, customers who were using YouTube TV for iPhone and iPad could only stream live television from this app through Apple’s AirPlay feature.

Available with a $35 per month subscription, YouTube TV brings more than 40 US broadcast channels, including local sports and news networks, to your set-top box—just in time for the big game, the Winter Olympics, the Oscars and everything else.

Cloud DVR comes with storage limits: each recording will be stored in the cloud for 9 months.

Here are some of the channels and locals included in the subscription package: ABC, CBS, Fox, NBC, AMC, ESPN, the Disney Channel, Fox News and Bravo. You can get Showtime and Fox Soccer Plus add-ons for an extra fee, as well as access YouTube Red content.

The app is available as a single download covering iPhone, iPad, iPod touch and Apple TV. If you already have YouTube TV installed on your iOS device, find it in tvOS App Store → Purchased → Not on This Apple TV, or ask Siri to “Download YouTube TV from App Store”.

It’s good to have options and YouTube TV gives you yet another alternative to traditional cable television. YouTube TV is available in more than 80 markets nationwide, covering 80 percent of the US population. For the complete list, see tv.youtube.com/tv/availability.

PSA: If you sign up for the 14-day free trial now, you’re good for the “Big Game” and about half of the Olympics before they start charging. Pay the first month’s $35 and you get all of the Olympics (ends Feb 25) and the Oscars (Mar 4). https://t.co/dFXyHtFeCl

You can have six accounts per household, each with its own login, recommendations and DVR functionality. There are no commitments: you can cancel the service anytime you want.

The app requires iOS 9.1 or later.