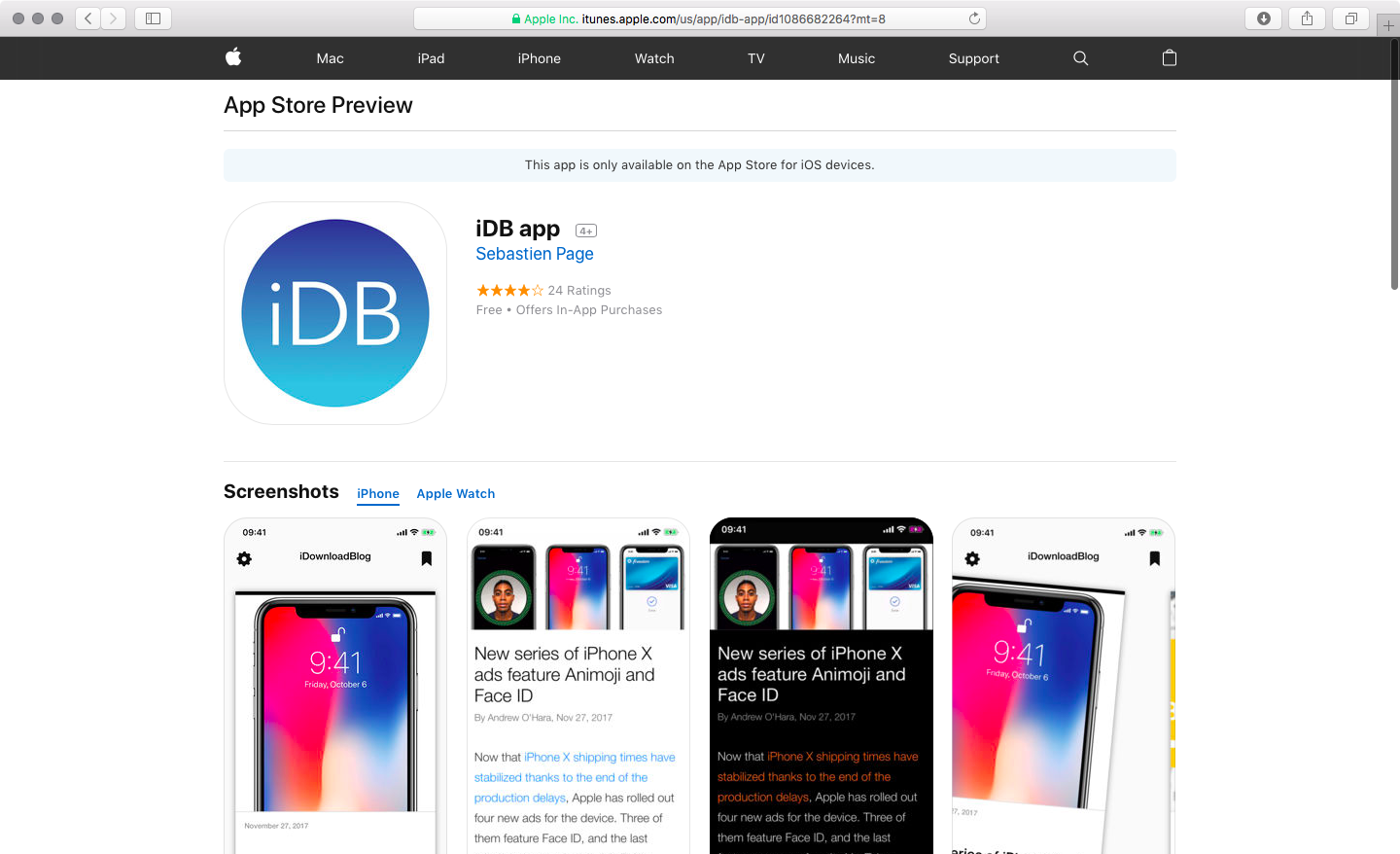 As part of the overhauled design, Apple is now showcasing app screenshots from iPhone X. The company rolled out a similar redesign for Apple Music on the web last year.

Other iTunes Previews on the web still show old designs, including books from iBooks Store, as well as iTunes Store content such as movies, TV shows, podcasts and more.

App previews appear when you access an app link via a desktop browser.

They include basic information about an app, such as its description, screenshots (segmented by device type), changelog for the most recent update, version history, customer reviews, supported features, app size, device compatibility, related apps and more. 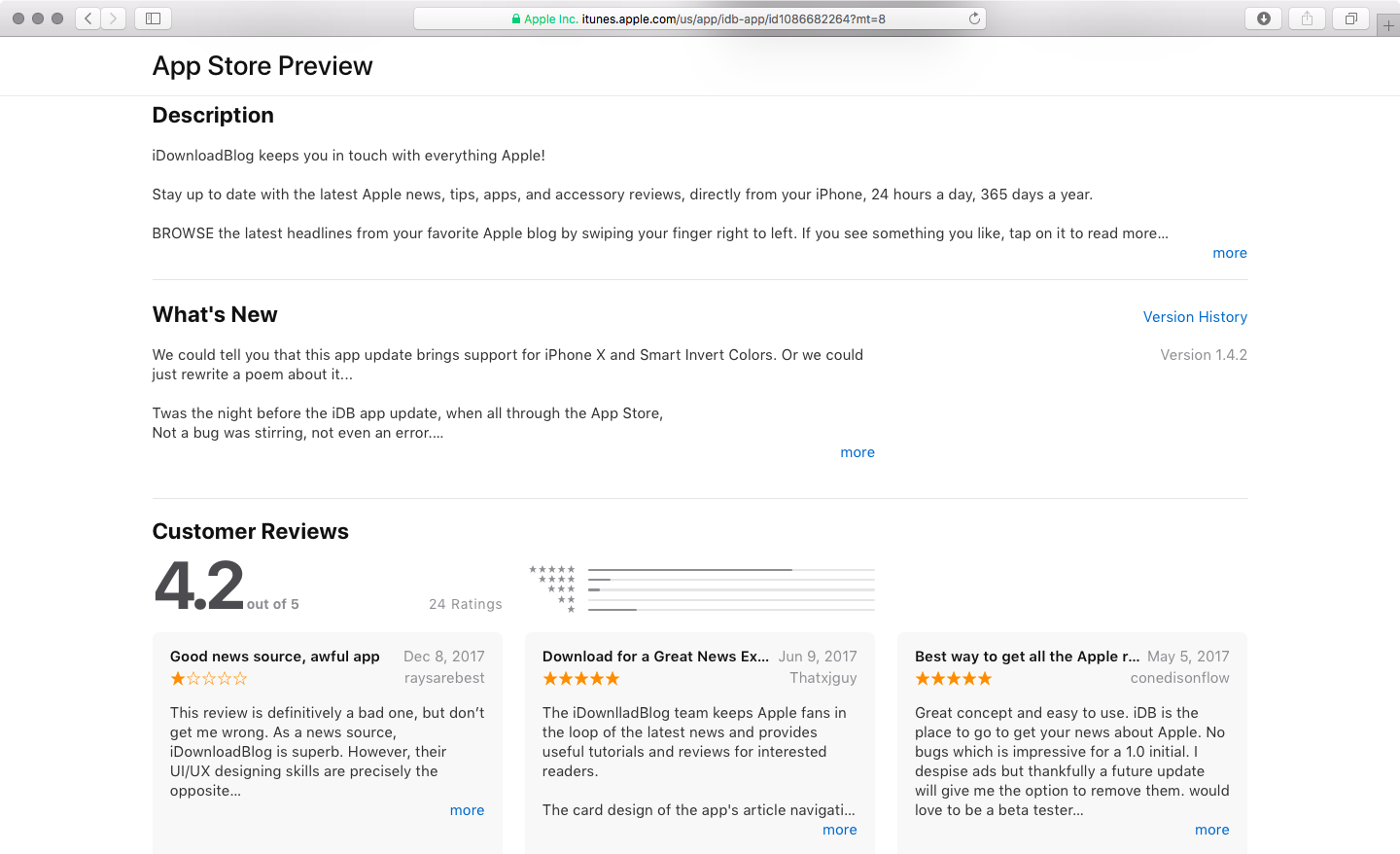 This was all accessible before via the web, with the notable exception of version history.

Unfortunately, you cannot click on a screenshot to enlarge it and a much-needed option to purchase apps via the web is nowhere to be seen, which is something Apple users have been advocating for ever since Google allowed Android users to install apps from the web.

The omission is especially stranger if you remember that Apple now has its own mobile payments service, Apple Pay, which works on the web without a hiccup.

As Craig Grannell pointed out in a post entitled “Apple’s App Store Preview needs to steal some ideas from Google Play”, via The Loop’s Dave Mark:

It’s 2018. Apple has Apple Pay. If I’m sent to An App Store Preview page after reading an article about an amazing new iOS app, I should be able to buy it there and then, and send it to my iOS devices. Likewise, if I’m on my iPhone, I should be able to buy and send an iPad-only app to my iPad (or vice-versa). I shouldn’t have to remember it later, by sending myself an email or note.

As you can see from the screenshots, a big warning towards the top of the page informs you that you must fire up App Store or Mac App Store on your device in order to buy an app. 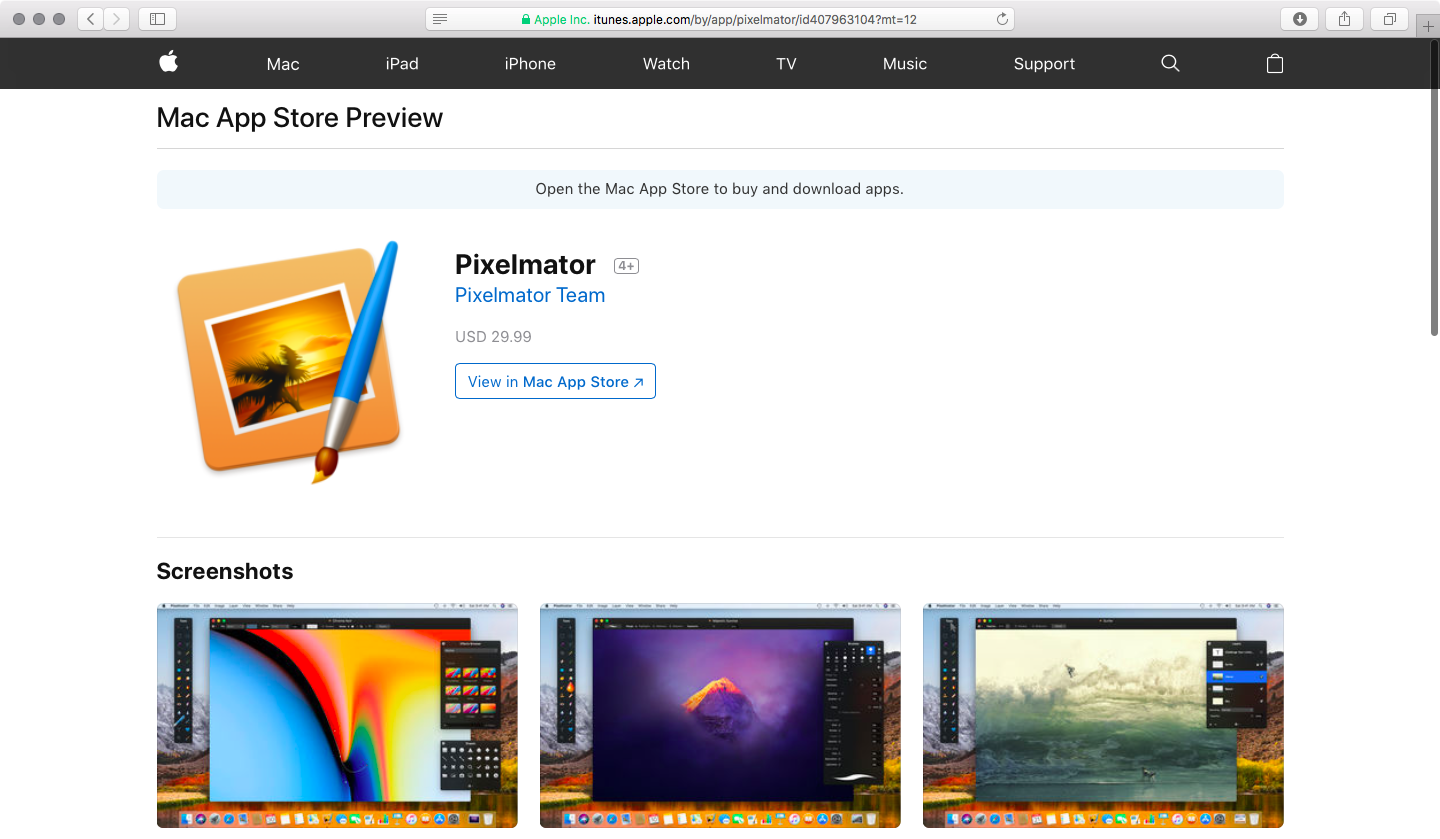 Even more problematic is the way these app previews work now that Apple has removed the ability to browse and download iOS apps via desktop iTunes.

Before iTunes 12.7, opening an iOS app preview in a desktop browser would automatically load its App Store page in iTunes, allowing you to optionally buy the app with a single click.

For Mac apps, you do get a handy “View in Mac App Store link” though.

How do you like the redesigned web previews of iOS and macOS apps?