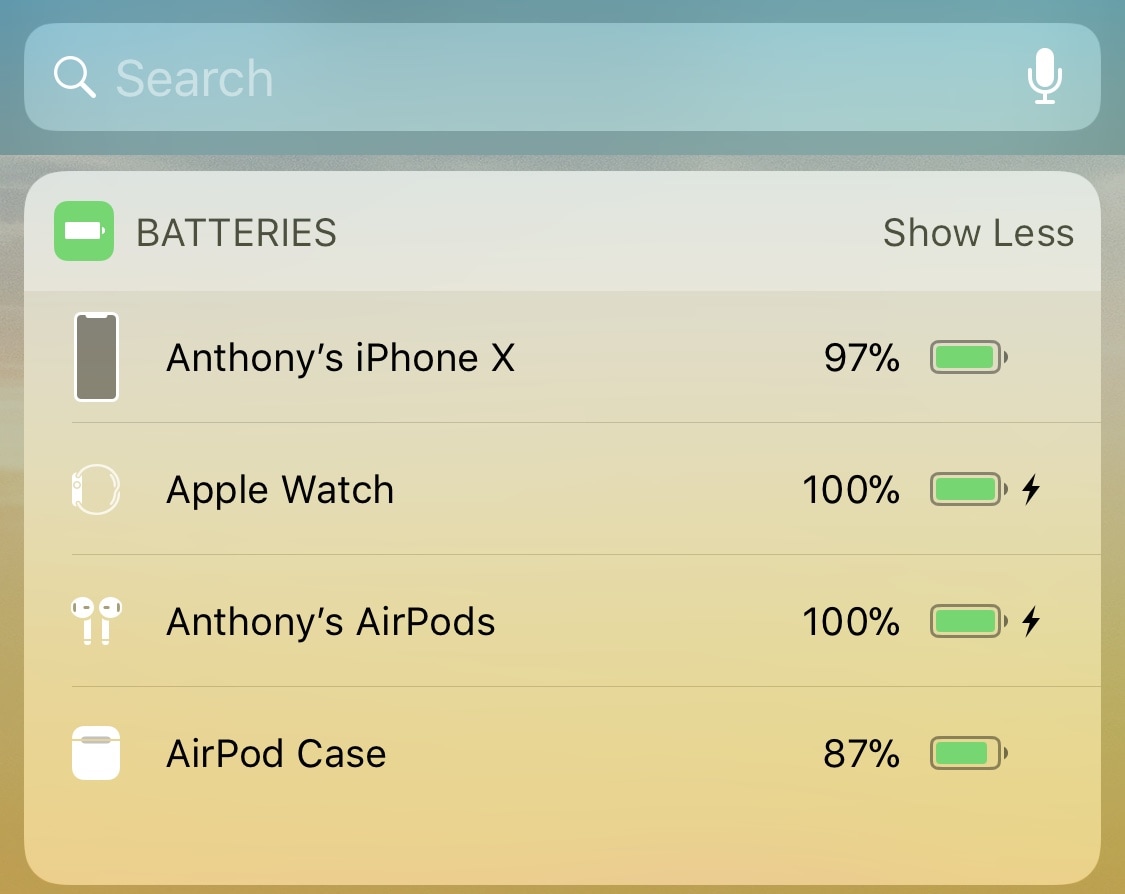 Anyone feeling nostalgic for the older Status Bar-based battery level display might enjoy a new free jailbreak tweak called BatteryStatus by iOS developer ipad_kid, as it revives this fan-favorite feature on later iterations of iOS.

Apple initially moved forward with the Batteries widget because of the forward-thinking toward Bluetooth devices – many iPhone or iPad users also use an Apple Watch and AirPods in addition to Bluetooth speakers and other accessories, so it served to condense everything in one place.

Nevertheless, those with only one Bluetooth device don’t really need this, and it makes more sense to utilize the old-fashioned Status Bar icon (shown below):

As you can see, the icon indicates that you’re connected to a Bluetooth device and illustrates its battery level too. That said, you don’t need to use swipe gestures to view this icon like you would the Batteries widget because it’s always in plain sight.

Like most tweaks, BatteryStatus comes with both pros and cons. Although it makes accessing Bluetooth device battery information easier in some cases, it’s not the ideal setup for someone with multiple Bluetooth devices. Furthermore, it adds clutter to the already-claustrophobic Status Bar.

As I always say, different strokes for different folks. If you’re interested in trying BatteryStatus for yourself, then it’s available for free from Cydia’s BigBoss repository. The tweak works on all jailbroken iOS 9-11 devices, and the developer open-sourced the code on GitHub for anyone interested in learning about what makes the tweak tick.

Do you prefer the Status Bar icon over the Batteries widget for discerning your Bluetooth device battery level? Share in the comments section below.