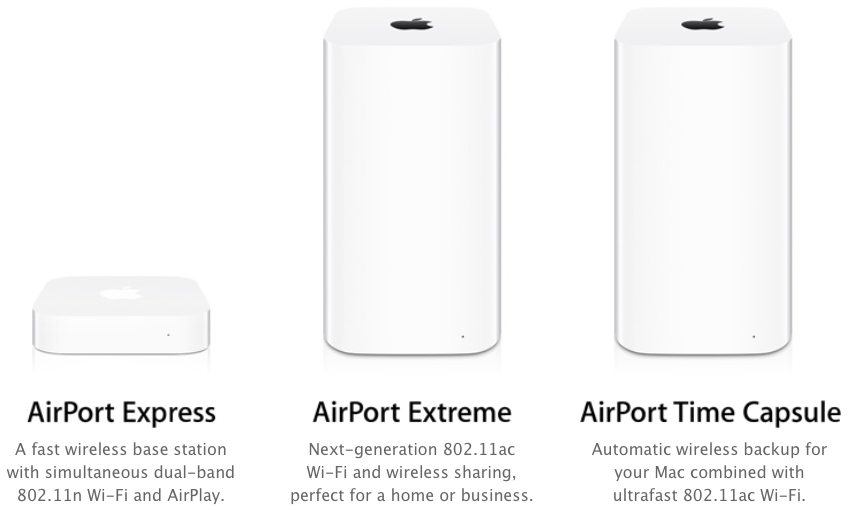 As Apple started selling  the first third-party Wi-Fi router in the form of Linksys’ Velop, its spokesperson provided a comment regarding the future of its own AirPort line of appliances.

In a statement to 9to5Mac, which first spotted the presence of Velop devices on Apple’s online and retail stores, Apple acknowledged that it’s still selling AirPort Wi-Fi base stations:

People love our AirPort products and we continue to sell them.

Connectivity is important in the home and we are giving customers yet another option that is well suited for larger homes.

Bloomberg’s Mark Gurman reported last year that Apple had disbanded the dedicated AirPort hardware division and ceased development of the AirPort line. However, AppleInsider was told that the company will keep the AirPort line as safe as possible for as long as possible.

“The hard drive iPod people were gone for a long time, when we issued the last update for the iPod classic firmware,” the publication’s contacts within Apple said in December of 2016.

“Just because the hardware guys have moved on to other things, doesn’t mean we won’t support the software.”

The Wi-Fi Alliance said this week that a brand new, more secure WPA3 protocol and other protections are coming to the ubiquitous Wi-Fi standard later this year.

I hope Apple will update AirPorts with support for this emerging new Wi-Fi standard. For this wondering, the last upgrade to the AirPort hardware was made in June 2013 and the last firmware update for AirPorts released in December 2017, fixing KRACK exploits.