There’s been a lot of ramped up excitement regarding the jailbreak community recently, especially since Saurik broke the news that he’d be updating Cydia for iOS 11. That said, many people (developers and users alike) are merely waiting and watching to see what happens.

In this roundup, we’ll go over all the new jailbreak tweak releases from the past week. As usual, we’ll begin by outlining our favorites and get to the rest of them afterward. 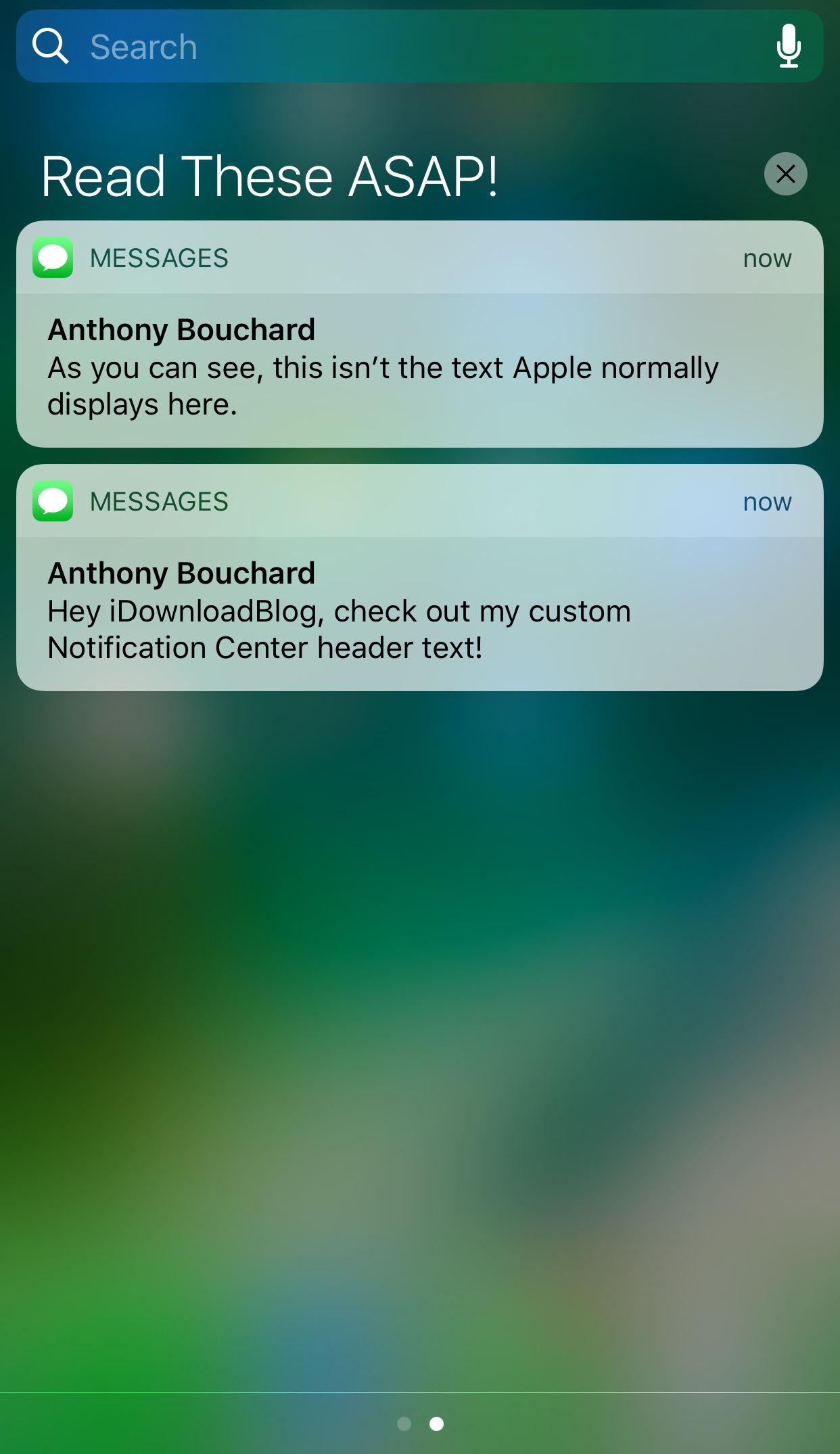 NotificationsCustomHeaderText lets you customize the header text string that appears at the top of Notification Center.

The tweak puts a preference pane in the Settings app where you can type the custom string of text you want. Moreover, you can configure other miscellaneous options concerning Notification Center to your heart’s content. You will need to respring to save your changes.

The tweak offers a fun way to add personality to your jailbroken device, so check out our full review of NotificationsCustomHeaderText to learn more about how it works and whether it might be right for you. 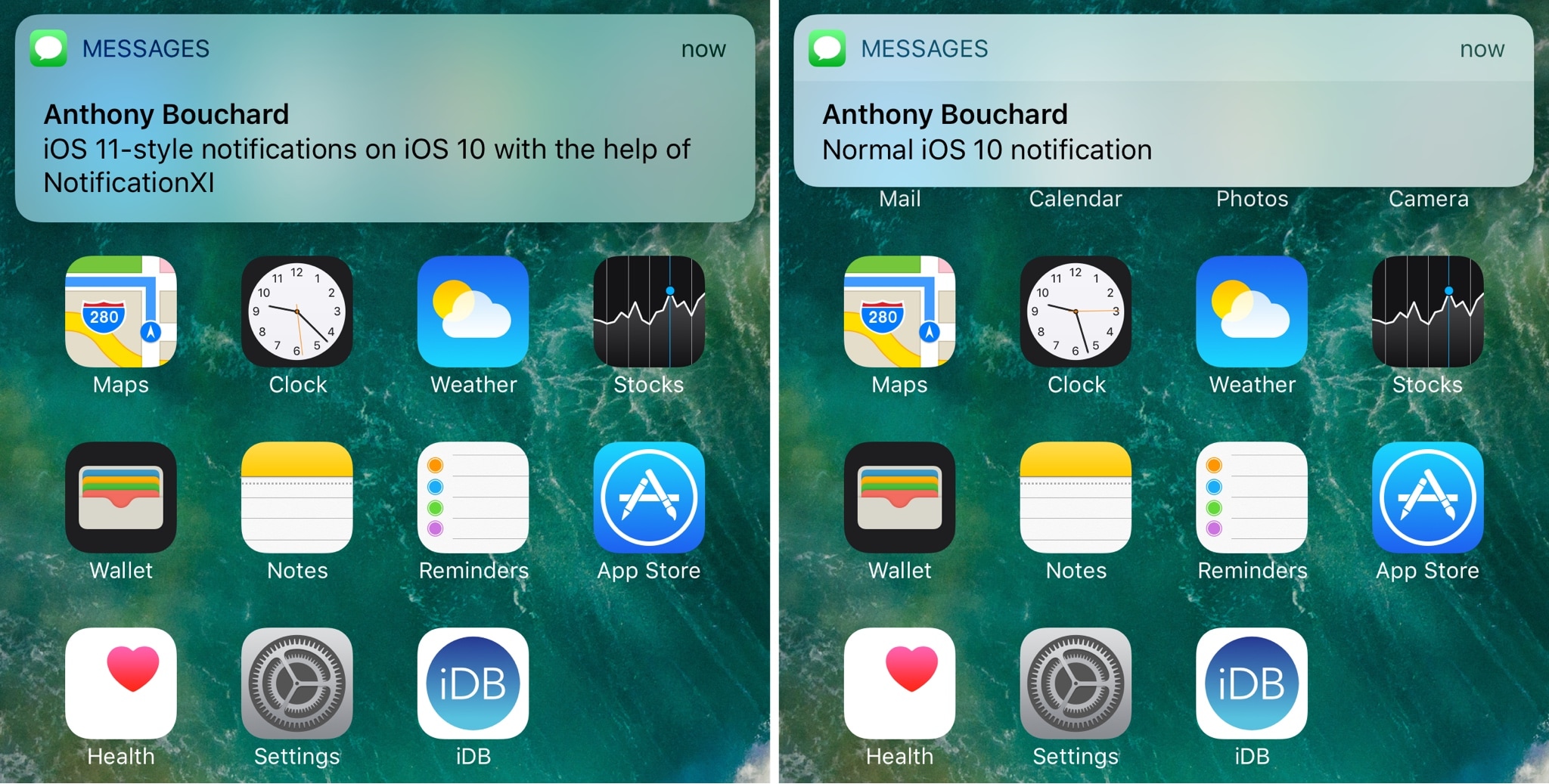 From the moment you install NotificationXI, your notification banners throughout iOS become more like those on iOS 11. The tweak impacts those that appear on the Lock screen and Notification Center, as well as the ones that pop up on the Home screen or within apps.

There aren’t significant cosmetic differences between the two, but if you don’t think you’ll get a chance to jailbreak iOS 11 in the future, then making your jailbroken iOS 10 device look like iOS 11 will be the next best thing that you can do.

You can read our full review of NotificationXI to learn more about it. 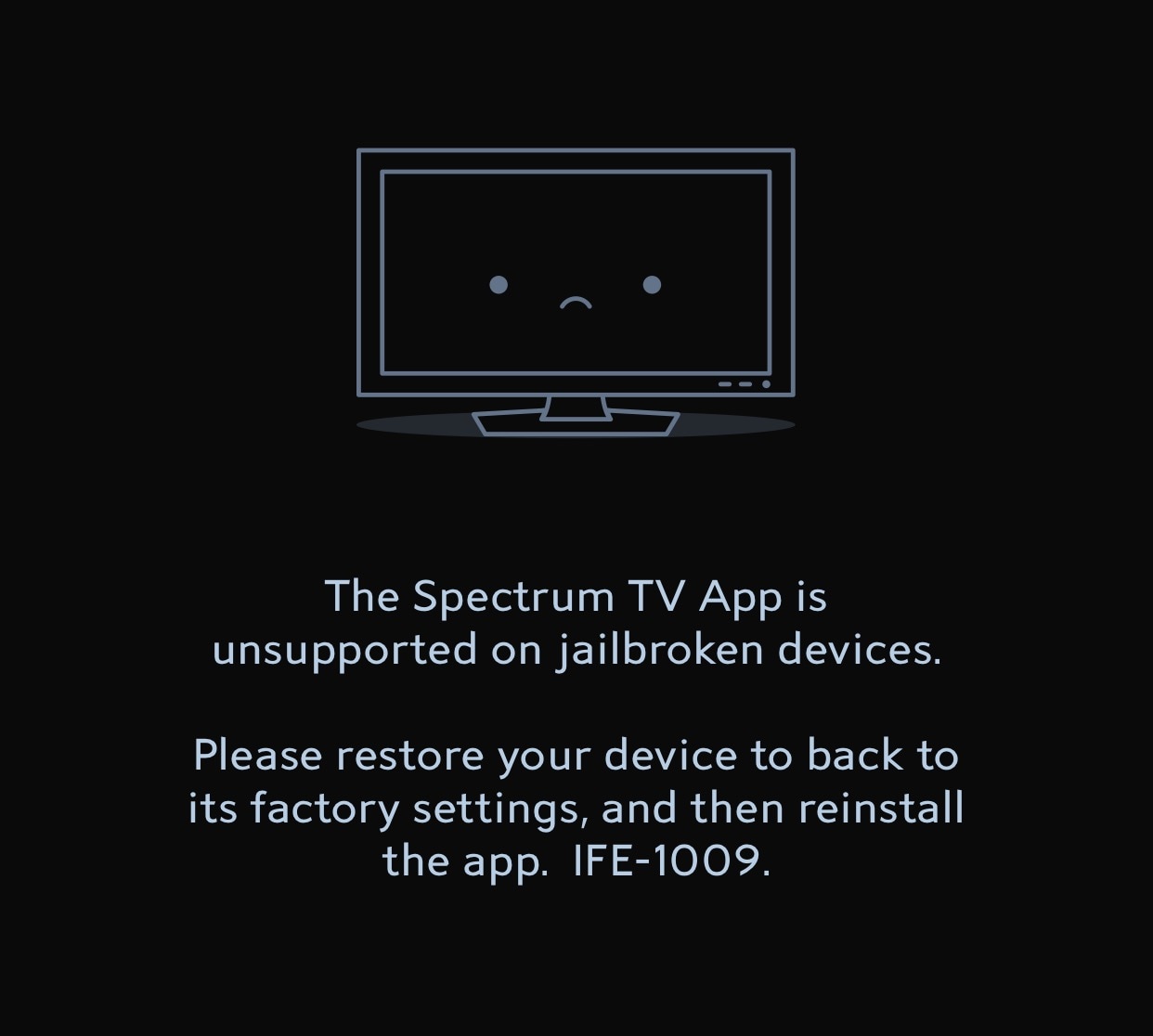 Spectrum might have their own unique reasons for blocking jailbreakers from using their app, but it seems unfair to those who pay for the service to be unable to access it from their device(s), jailbroken or not.

Once you install it, you should never again have to see the screen you see above.

You can read our full review of Specbreak to see what it’s all about.

DuoNolingoSpeech: Disables use of the microphone in the Duolingo app (free via CydiaGeek’s repository)

VKHelper: Lets you clean up your news feed in the VK Russian social networking app (free via BigBoss repository)

That just about wraps things up for this week’s roundup, but we’ll continue to keep you updated as new jailbreak tweaks surface. You might also consider adding third-party Cydia repositories to your device to expand your scope.

In the meantime, check out last week’s jailbreak tweak roundup just in case you missed anything special from last week. We also have a plethora of dedicated roundups that can help you find new tweaks for tricking out your jailbroken iOS 10 device below: