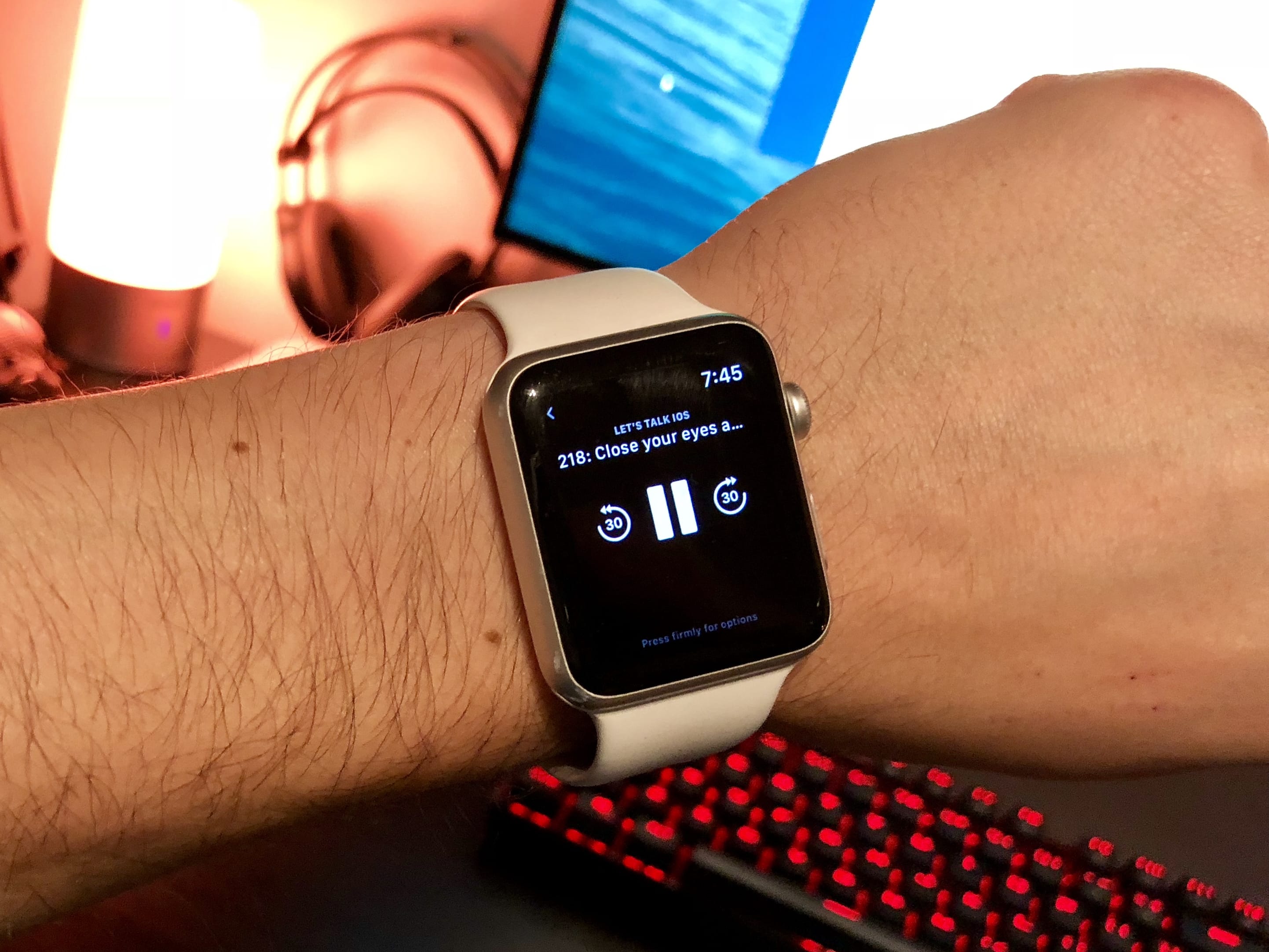 The Apple Watch is a great companion device for exercise, tracking your activity, and with watchOS 4, provides access to Apple Music. For people that prefer listening to podcasts while they work out, the Apple Watch is less ideal due to the lack of podcast app, either Apple’s own Podcast app or third-party apps. A new Apple Watch app called MiniCast is looking to fill that gap and bring podcasts to your wrist.

MiniCast, available for free in the App Store (with $3.99 In-App Purchase), is a simple iPhone extension and Apple Watch app that allows uses to send podcasts from Apple’s Podcasts app, Overcast, Castro, or PocketCast to their watch. 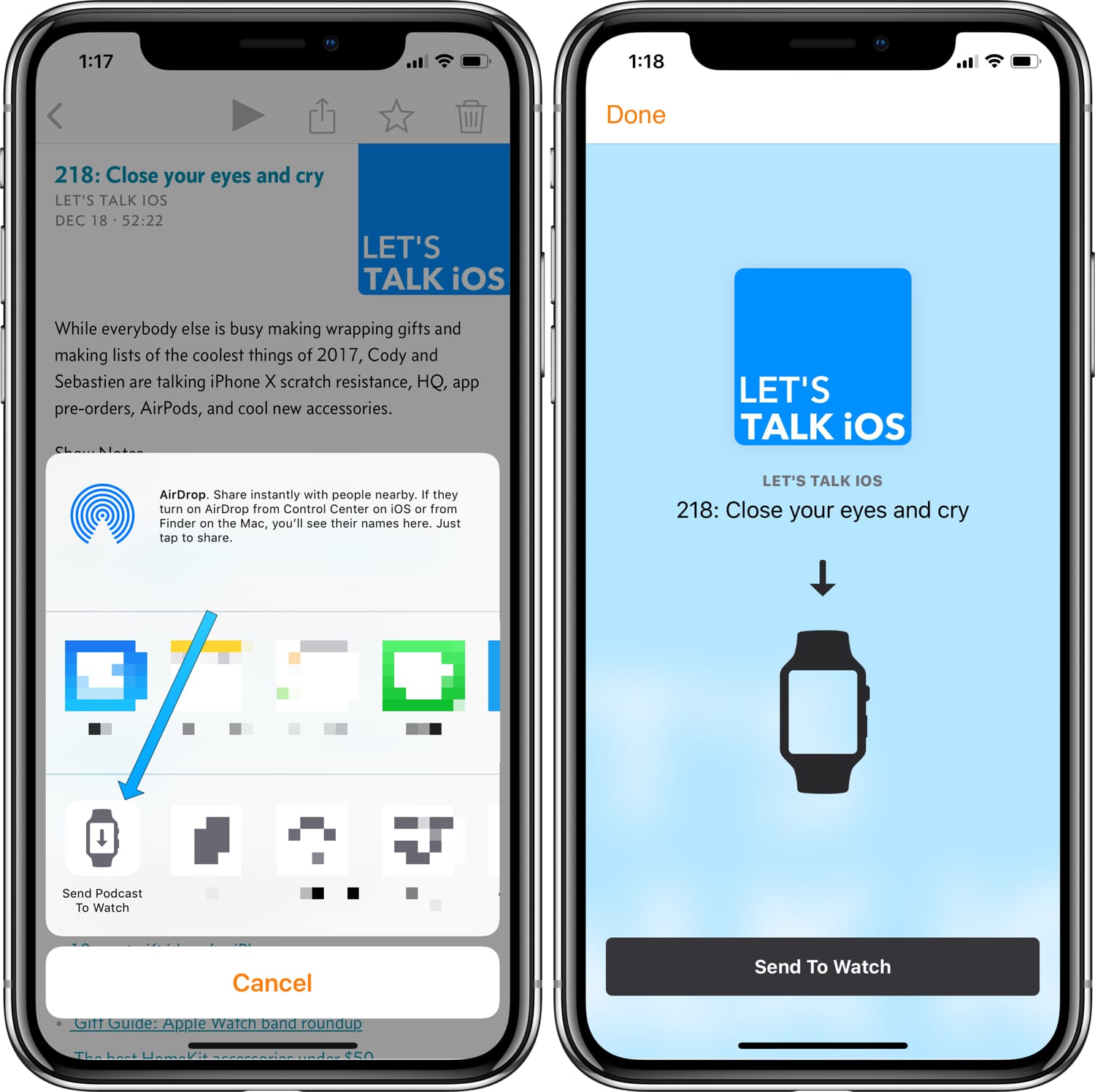 Once an episode of a show it sent to the watch via the Share extension, the episode can be downloaded locally and played without needing the phone nearby. This adds an extra layer of convenience for diehard podcast listeners that want the entertainment of podcasts and the freedom of leaving their iPhone at home.

Using the MiniCast app on the watch is pretty straightforward as well. Each episode has to be downloaded manually, and can take a few minutes (it took almost 7 minutes to download this week’s episode of Let’s Talk iOS). Once downloaded, connect some Bluetooth headphones, hit play, and the podcast starts. 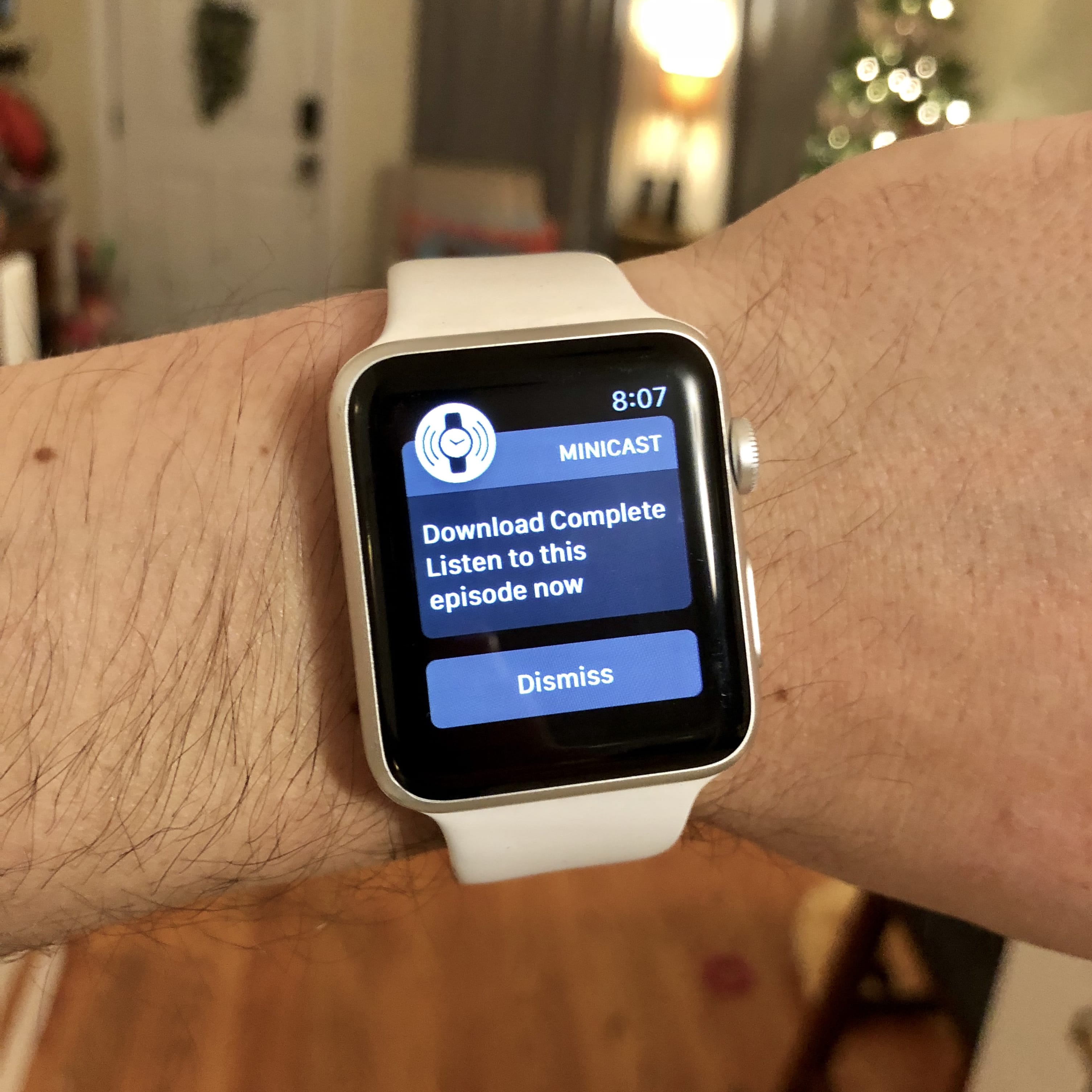 Play controls for podcasts in MiniCast are extremely basic, with a play/pause button, seek forward and backward 30 second buttons, and a playback speed button (which cycles between 1x, 1.2x, 1.5x). Volume controls can’t be accessed within the app, but switching to the Now Playing screen on the watch provides volume dial. Unfortunately, the play/pause and skip forward/back buttons on the now playing screen don’t work with MiniCast.

Another drawback to MiniCast is the lack of persistent playback position. When leaving the MiniCast app on your watch, the play position is not saved. The developers of MiniCast worked around this by adding a Force Touch shortcut on the play screen to change your playback position. This can also be useful for picking up a podcast that was started on your iPhone, since play position is not synced from your podcast app.

One thing worth noting with MiniCast is that while the app is free in the App Store, to actually use the app with your own podcast library, the $3.99 In-App Purchase is required. It’s an interesting strategy, but for such a niche app that has some unique quirks, it does give users the ability to test it out with the app’s sample episode before spending money.

MiniCast is fairly similar to WatchPlayer, an app that takes a slightly different approach to syncing podcasts with your Apple Watch. For those wanting to get podcasts on Apple Watch without using any third-party app, we shared a nice workaround a while back.

All in all, MiniCast is a cool Apple Watch app that can be useful for its intended purpose – listening to podcasts while away from a companion iPhone. MiniCast is available in the App Store for free (with $3.99 In-App Purchase).