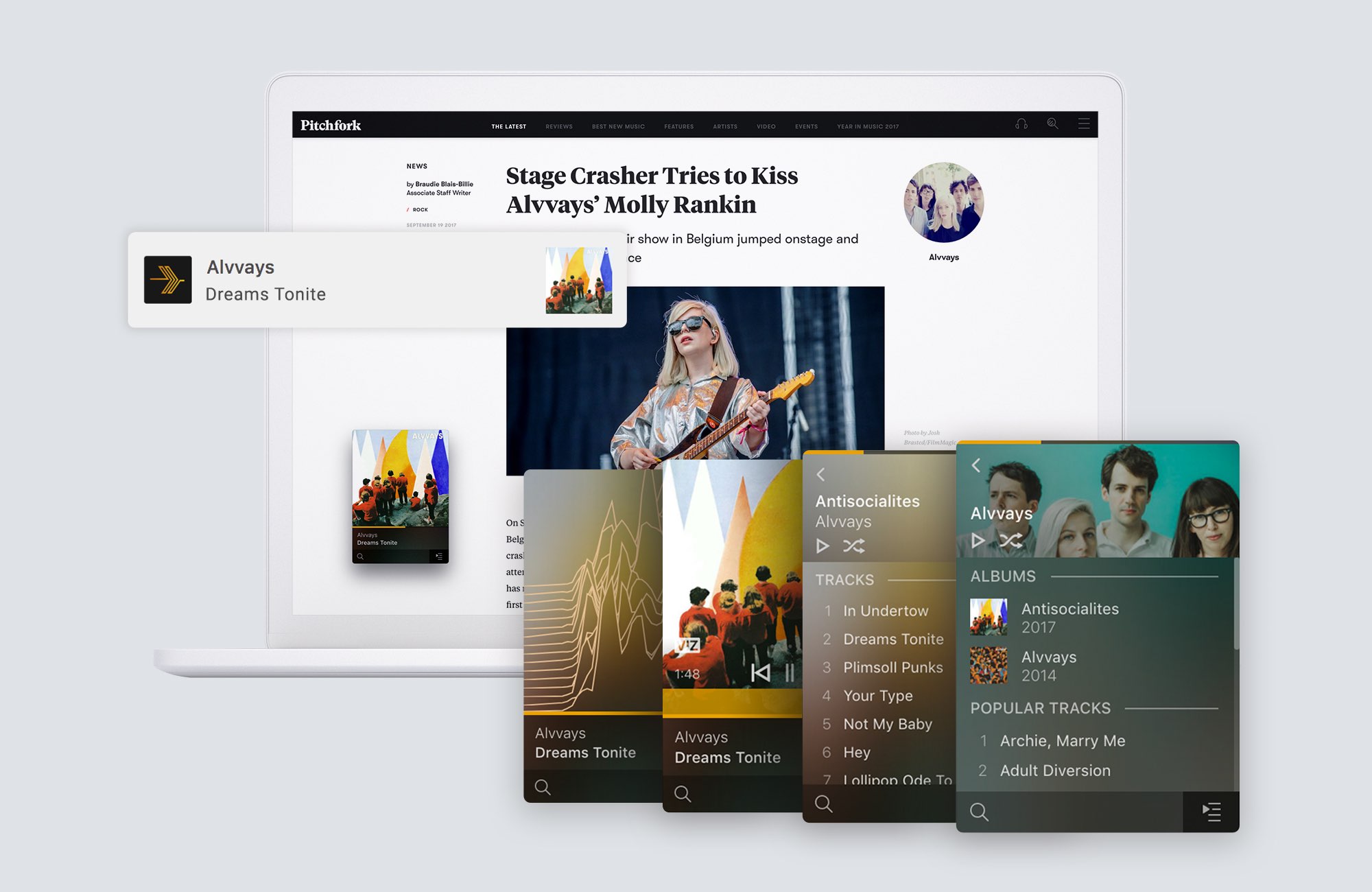 The company said the project aims to re-envision what a tiny and powerful music player might look like in 2017. Whereas Winamp was limited to playing files on the local or networked filesystem, Plexamp can play your local music and stream your entire Plex music library from anywhere in the world.

The app supports media keys, notifications and just about any music format.

Plexamp is built for music lovers with interesting features such as gapless playback, soft transitions, a global activation hotkey, loudness leveling to normalize playback volume, offline playback, remote control of other Plex players, search, a graphical waveform view of the track for precise scrubbing and much more.

As part of the loudness analysis, the app computes the optimal overlap times between any two tracks, ensuring transitions are seamless. Combined with loudness leveling, this can provide unsurpassed listening “flow” across even widely different genres and styles.

Another great feature, visualizers, takes advantage of both the loudness profile and key colors from the album artwork to really showcase your music.

The app can also be remote controlled itself.

Each artist now also provides an artist radio station on Plex which gives you a nice way to kick off a playlist of similar music. “As the station goes on, it explores more corners of your library, inspired by the starting point,” wrote developers.

Plexamp is the first project to come out of the Plex Labs incubator.

Plexamp is in may ways inspired by Winamp, which younger generations may not remember as it debuted almost exactly twenty years ago but is still the most classic and beloved small audio player for desktop.

Plexamp is available for macOS and Windows.