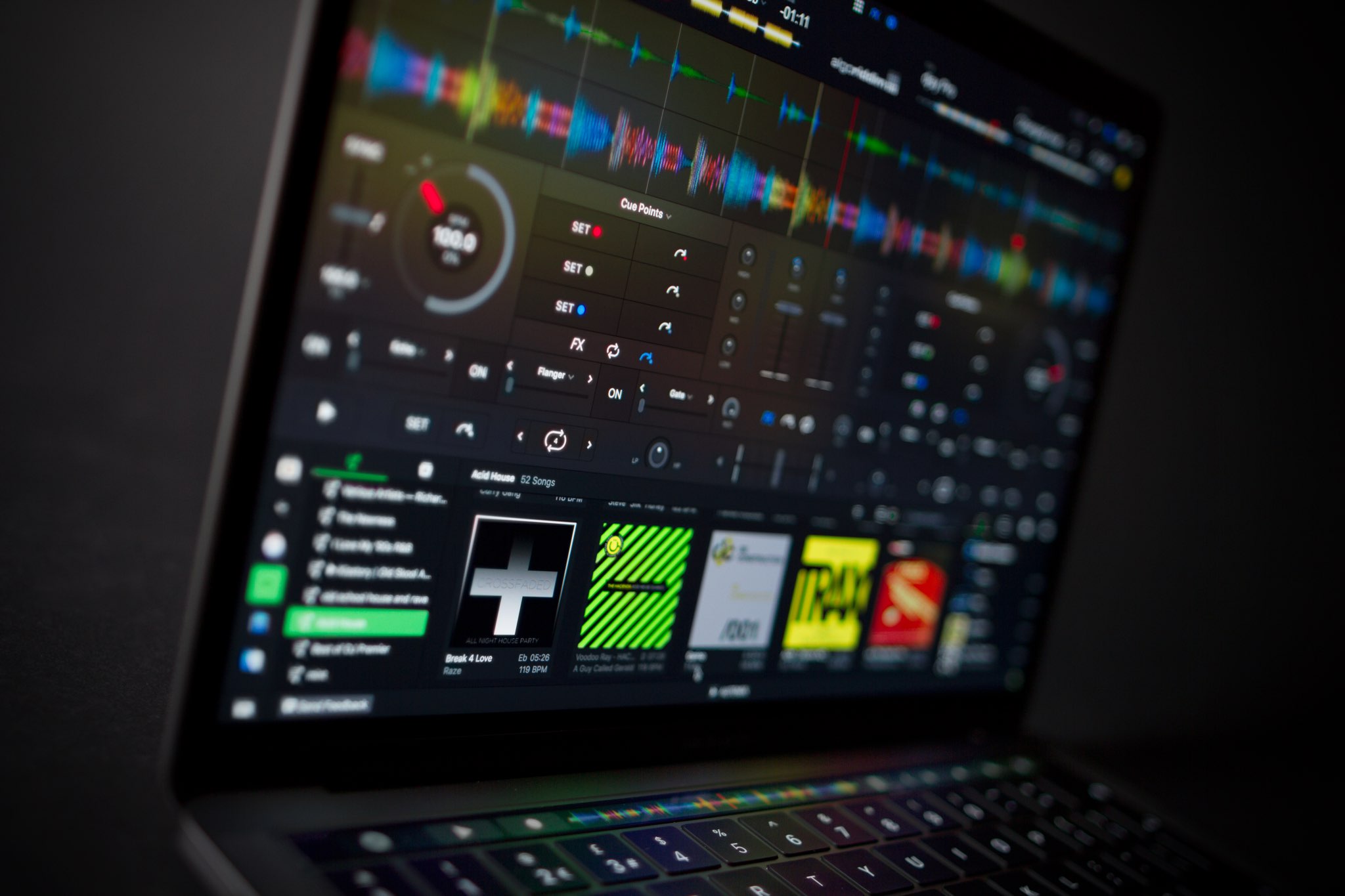 With more than 30 million downloads since its inception, it’s the best-selling DJ app so coming up with novel new features that’d encourage upgrades was no doubt a major undertaking.

“We took everything we’ve learned over the past 10 years and thought about how we could push the bar—and we’ve have come up with something very special,” Algoriddim’s Michael Simmons told me via email.

Boy, have they delivered… 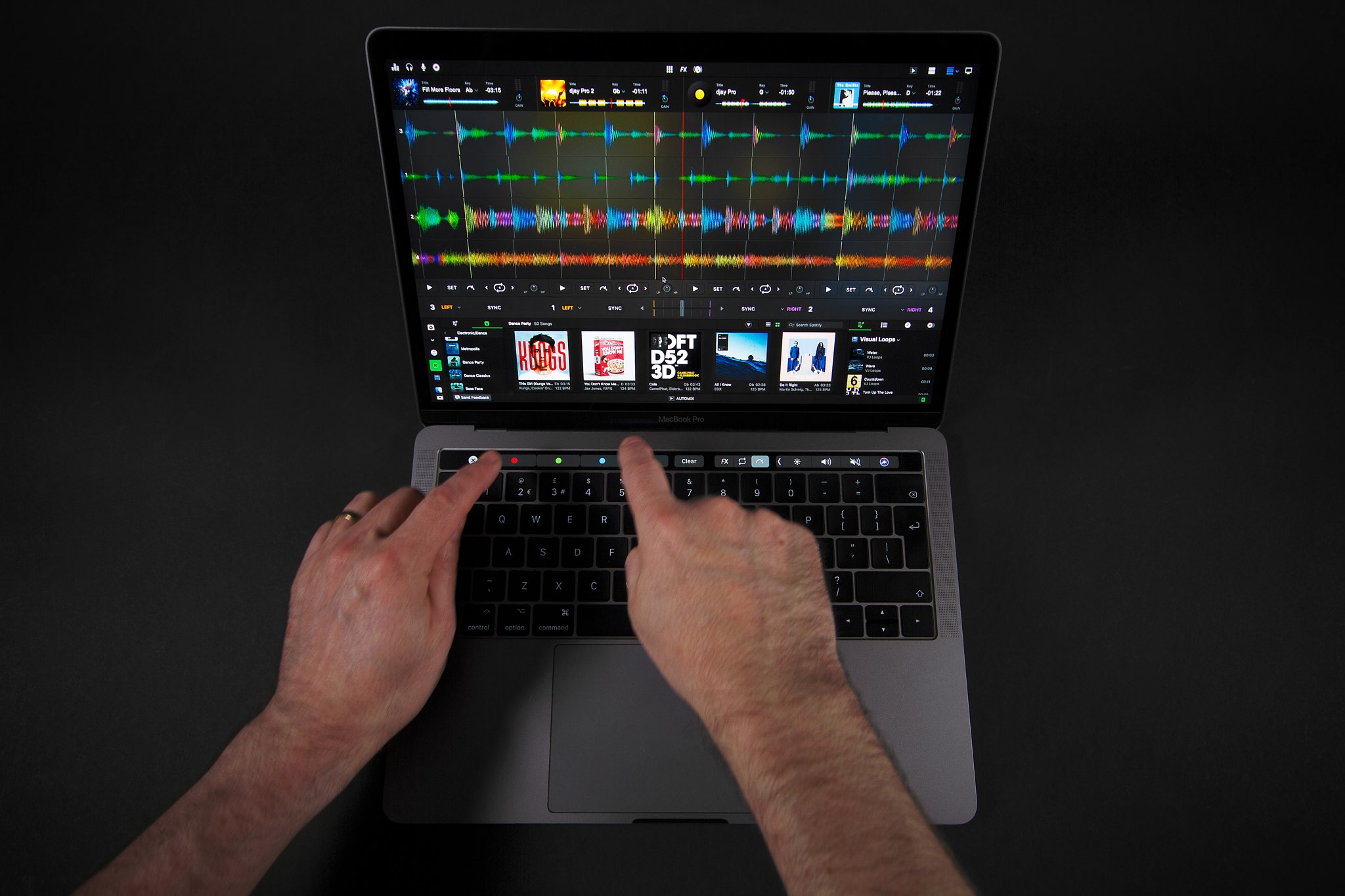 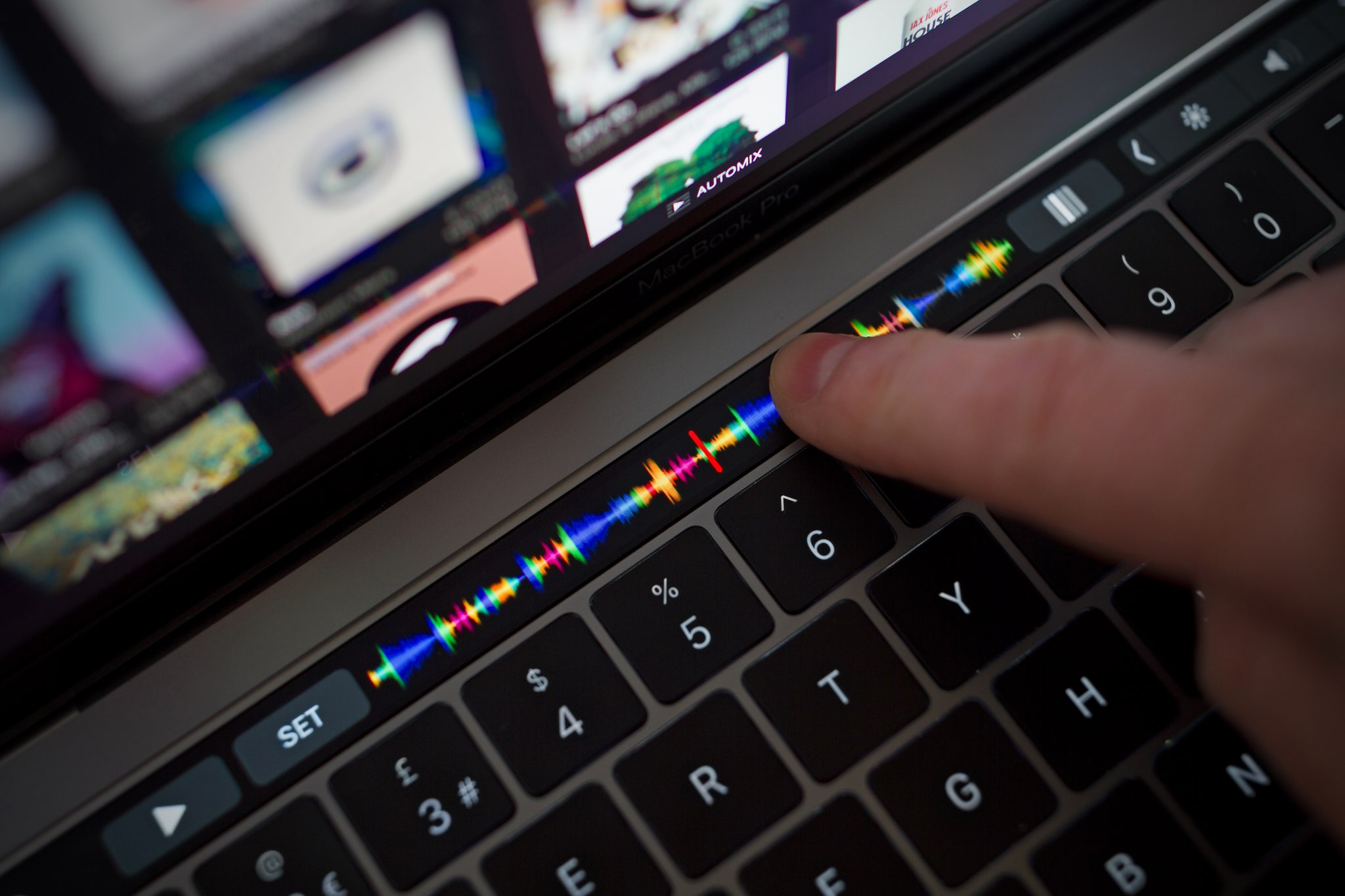 The Automix AI is truly awesome.

Powered by machine learning and trained using real sets from human DJs, Automix lets you take a short break in between sets or enjoy your playlists with remarkably smooth transitions.

What Automix does is intelligently detect actual rhythmic patterns and the best intro/outro song sections in order to calculate optimal fade durations and automatically apply a bunch of parameter changes to equalizers and filters for a seamless transition.

Beats and tempos are matched using the Morph effect to ensure a song’s BPM is maintained during a transition. You can also choose a different effect and even see actual parameter changes in real time as Automix is performing its magic. “This innovative song-mixing technology allows for seamless cross-genre mixes with varying tempo,” the company noted. 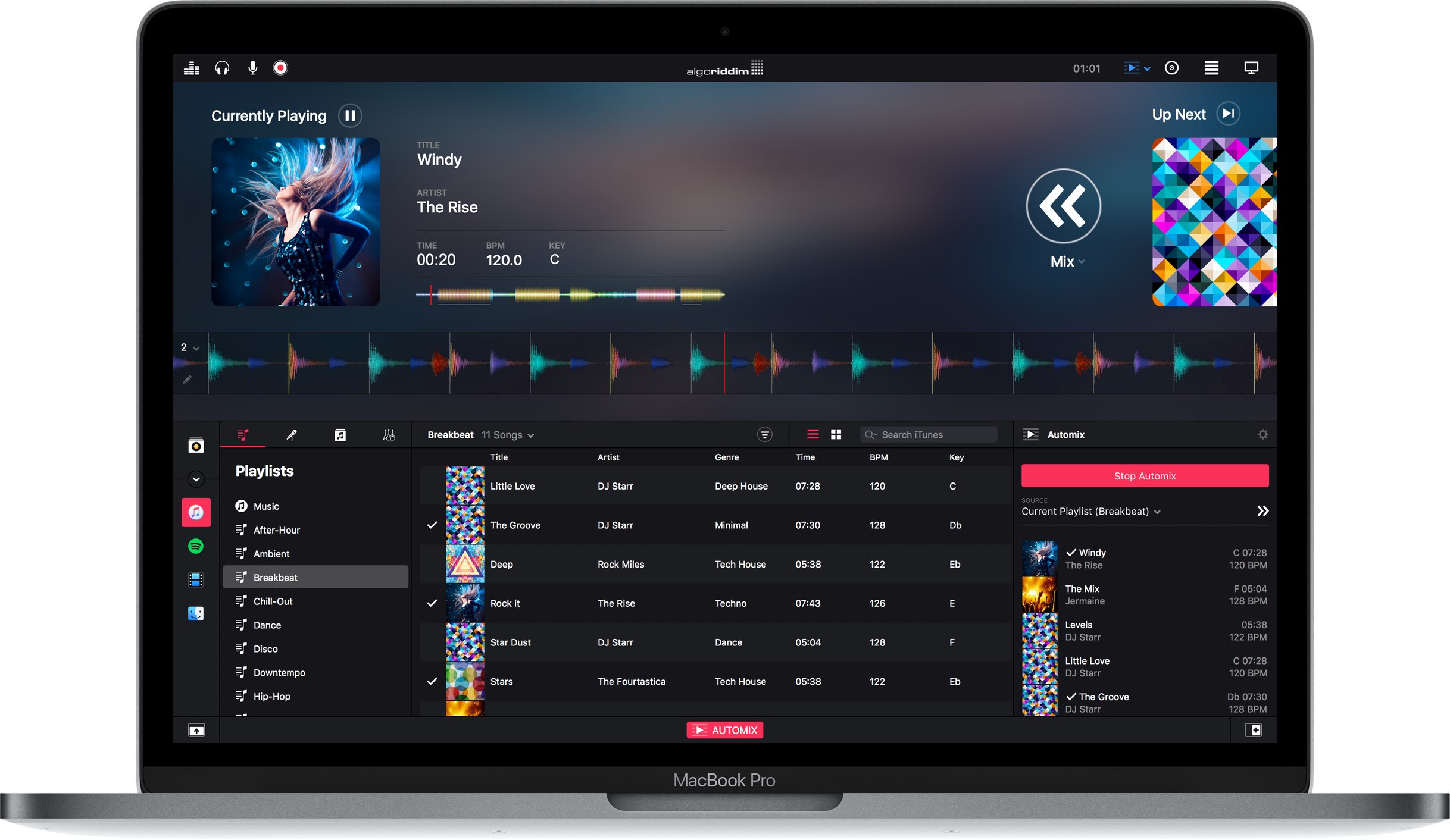 It delivers a continuous queue, based on assorted parameters such as danceability, BPM, key and music style. And while Automix pretty much runs on auto-pilot, you can adjust its effects or change the source music on the fly. A large Play button, as shown on the screenshot above, makes it easy to manually trigger a mix to the next song at will.

PhotoBeat is another new feature that I think is going to be huge.

The djay apps have had the ability to visualize music with various video effects for some time now, but PhotoBeat takes this to the next level. The feature couldn’t be easier to use: after dragging an album or a selection of photos onto the visual decks, PhotoBeat automatically kicks in to create a cool beat-matched slideshow that’s in perfect harmony with your music. 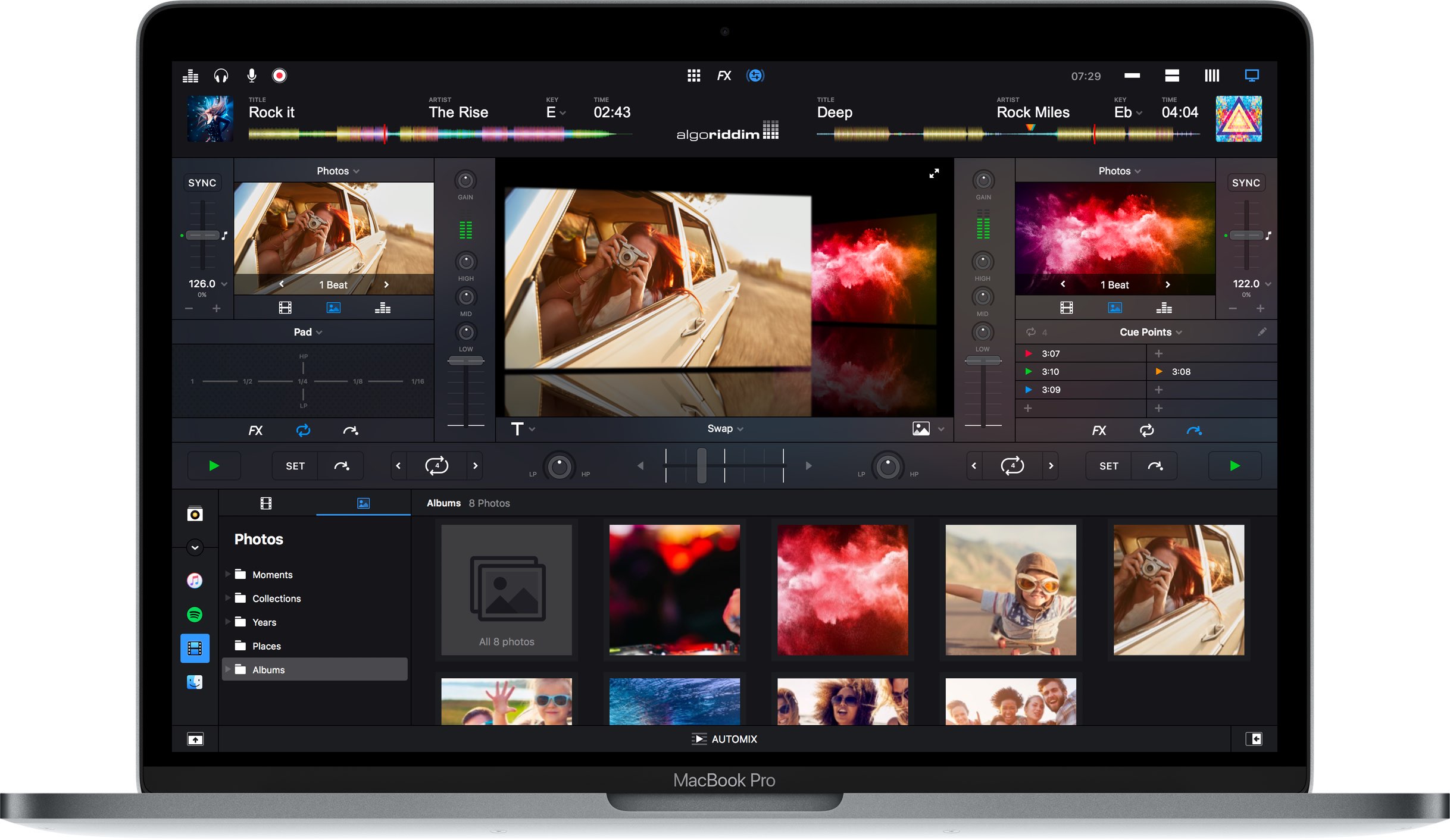 Photos are cycled on beat with uncanny precision and you can apply different transition effects just as you would with video. PhotoBeat slideshows can be projected onto an external screen through HDMI or Apple’s AirPlay technology. You can adjust the rate of photos in real time, as the slideshow is playing, in a range of a 1⁄4 beat and all the way up to 4 beats per image.

djay Pro 2 lets you use locally-saved songs, including Apple Music tunes you’ve downloaded for offline listening, as well as find, play and mix literally millions of songs on Spotify in up to 320 kbps. Most importantly, the app integrates with Spotify’s Browse section so you can discover curated playlists for DJs based on mood, genre and popularity with just a few clicks.

Unified library, another new feature, collates music from multiple sources. Having a well-organized media library is of utmost importance in live performance and the new library management helps with that by combining Spotify, iTunes, Apple Music and your file system. 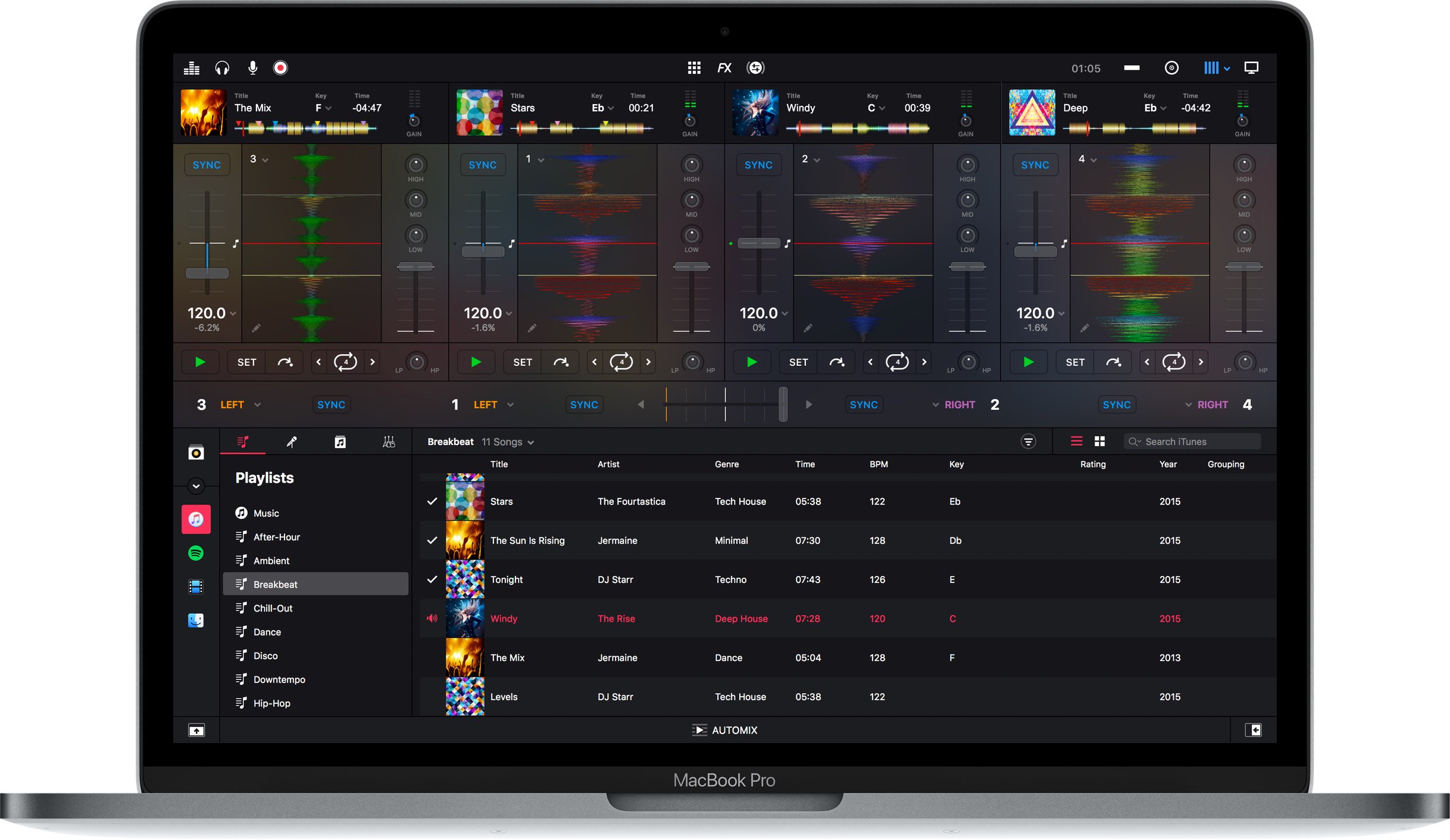 You can now also create your own custom and smart playlists in the library manager.

I love that the interface is no longer fixed: I can resize my decks and library at will, use the new split view mode to manage songs from iTunes and Spotify side by side and more. 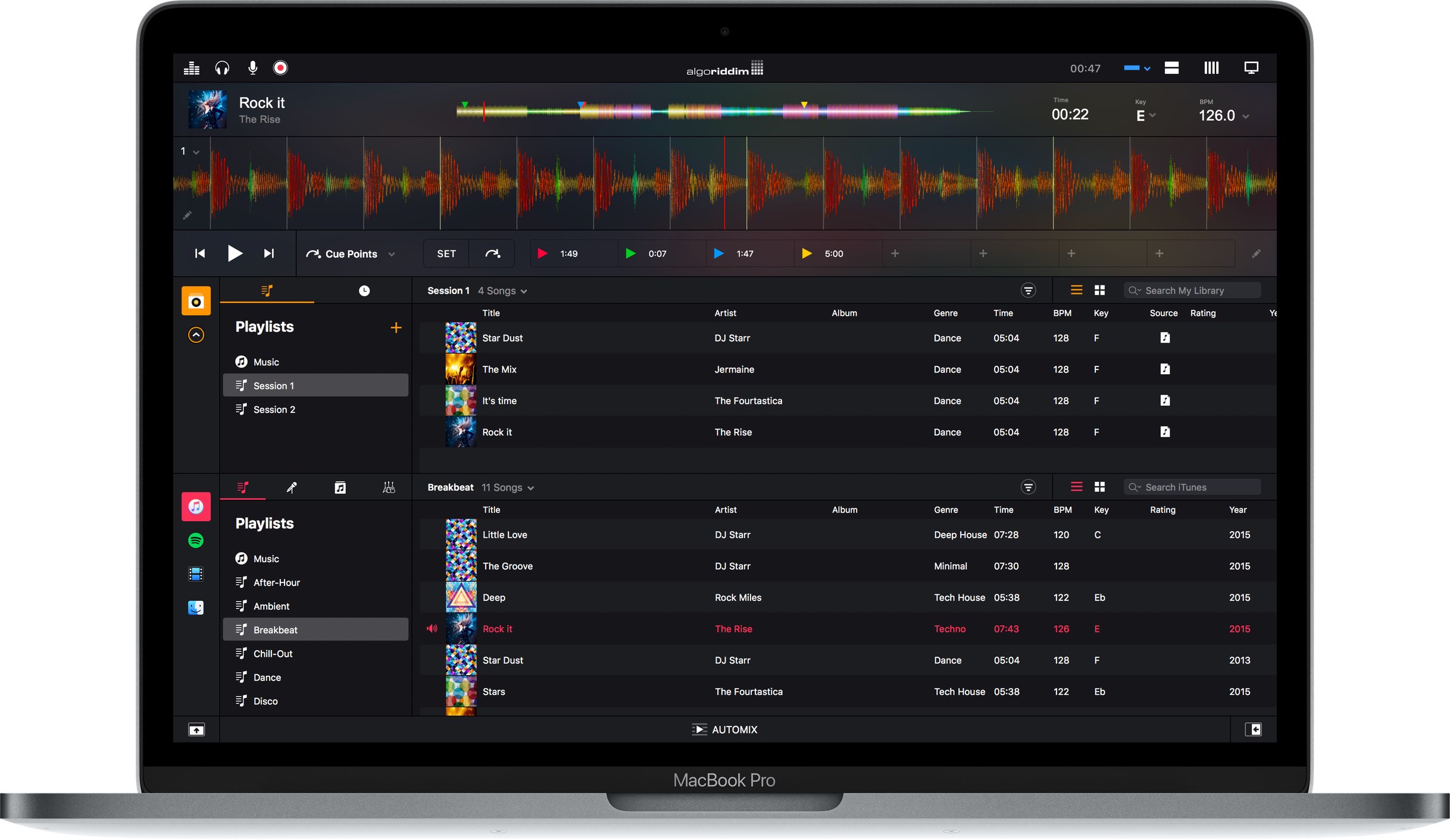 With smart filters, finding the right songs for your mix, creating custom playlists or instantly filtering existing playlists by BPM, key, date, genre and other metadata becomes a cinch.

A single-waveform mode with a bigger library view allows you to focus on your cues, which is ideal for preparing sets in advance. To make things even simpler, the app now permits you to actually save and name up to 8 cue points and loops per song.

To help you make the most out of its features, djay Pro 2 includes a full keyboard editor so you can assign any feature in the app to a keyboard shortcut of your liking. This is especially nice when working with the Touch Bar (which djay supports) on the new MacBook Pro or a hardware controller because you can easily access any mapped feature via the keyboard. 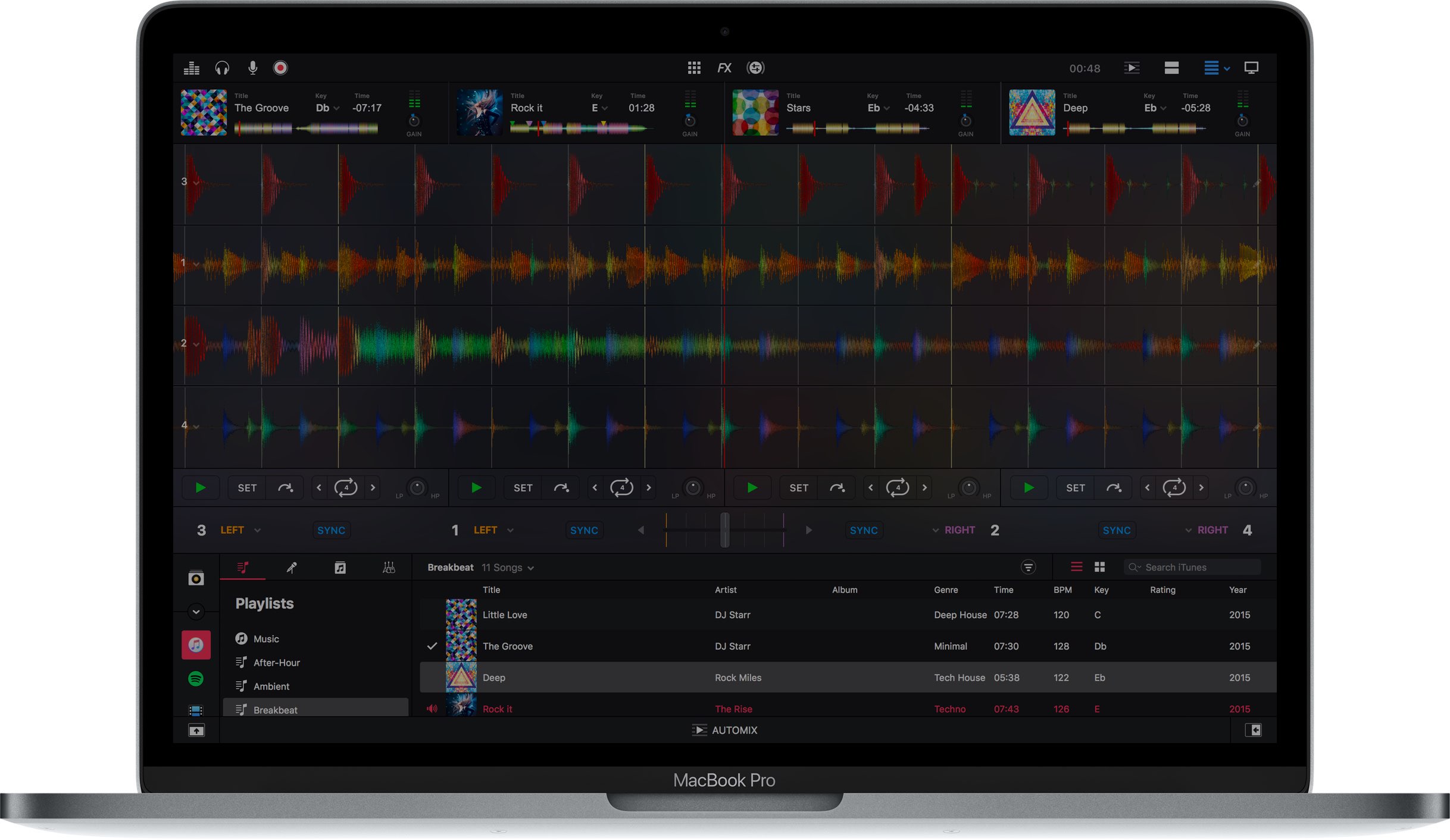 Other tidbits worth mentioning include the ability to assign loop triggers to cue points, a brand new audio engine that supports high-resolution waveforms (you can zoom all the way in with pixel-like precision), post-fader effects, high-quality filters, extensible master output effects via iOS’s Audio Unit plug-ins and much more.

Algoriddim says djay Pro 2’s engine is the best they’ve ever made.

Before signing off, I should mention that this app won an award from Apple for the best implementation of VoiceOver technologies. In djay Pro 2, as an example, vision-impaired users can hear a description of everything happening on the screen through their headphones independently of the mix that’s currently playing through the main speakers.

“This fundamentally transforms the workflow for vision-impaired users and opens to them the door to live creativity on their Mac like never before,” Algoriddim tells me. 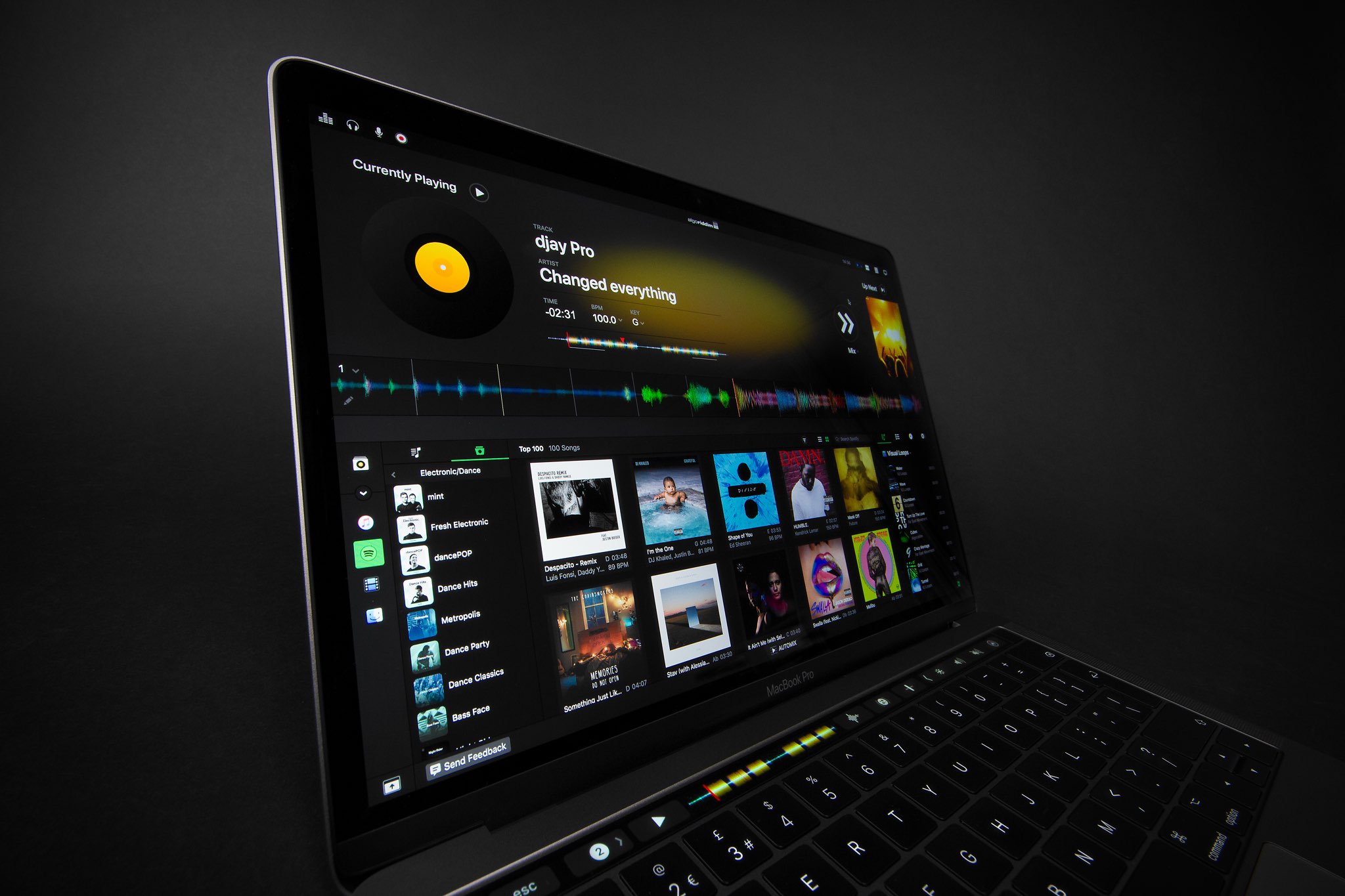 Like its predecessors, djay Pro 2 supports DJ hardware and over 60 MIDI controllers that can be remapped to your liking. The app is officially certified by Pioneer DJ for plug and play integration with their CDJ lineup, which is the gold standard for performing DJs.

djay 2 Pro for Mac is a new release rather than an upgrade from the previous version.

djay Pro 2 for Mac is compatible with any Mac running macOS El Capitan 10.11 or later.

Keep in mind that a Spotify Premium subscription is required to access the Spotify music catalog from within djay Pro 2.

djay Pro 2 for Mac is available now for a limited-time introductory price of $39.99 from Mac App Store. A free trial is available to download from the Algoriddim website.

The standard price will be $49.99 after the sale ends.