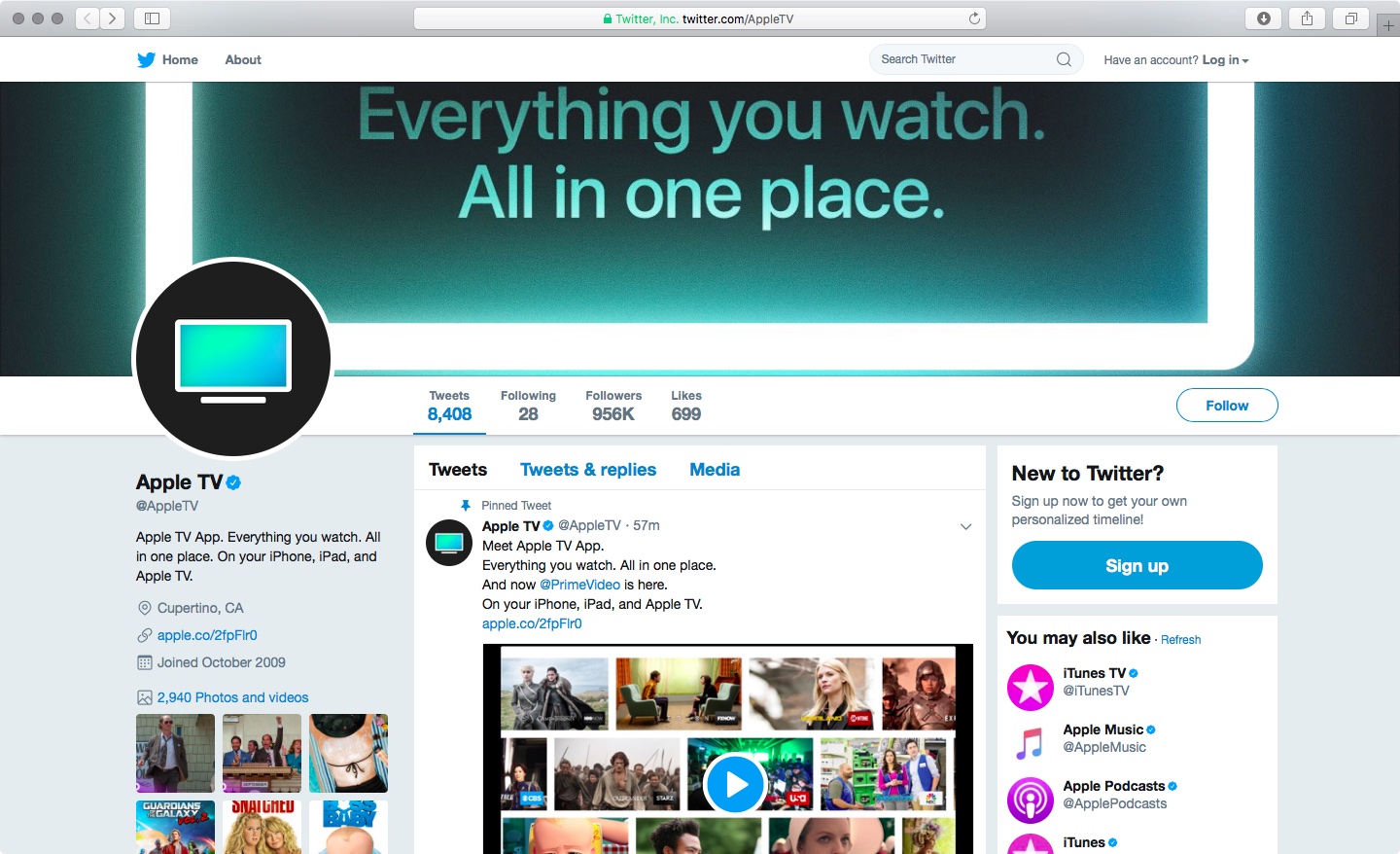 Apple on Wednesday created a new @AppleTV handle on Twitter, dedicated to its TV app.

The rebranded account’s first tweet promotes the arrival of the highly anticipated Prime Video app for Apple TV which finally released this morning on tvOS App Store. It also highlights a new Live Sports feature which was introduced in the TV app with iOS 11.2 and tvOS 11.2 this week.

Apple says that with the addition of Prime Video, its Universal Search can now search across 1.3 million TV episodes and movies. Prime customers in select countries can now use Apple’s TV app to find Amazon shows and movies to watch and add them to their Up Next queue.

Starting tomorrow, Prime subscribers in the US will be able to watch “Thursday Night Football” in the TV app as Apple promises to bring more live-sports providers on board soon.

Universal Search is supported on iPhone, iPad and Apple TV via Siri, through the system-wide Search feature (formerly known as Spotlight) and within the TV app.