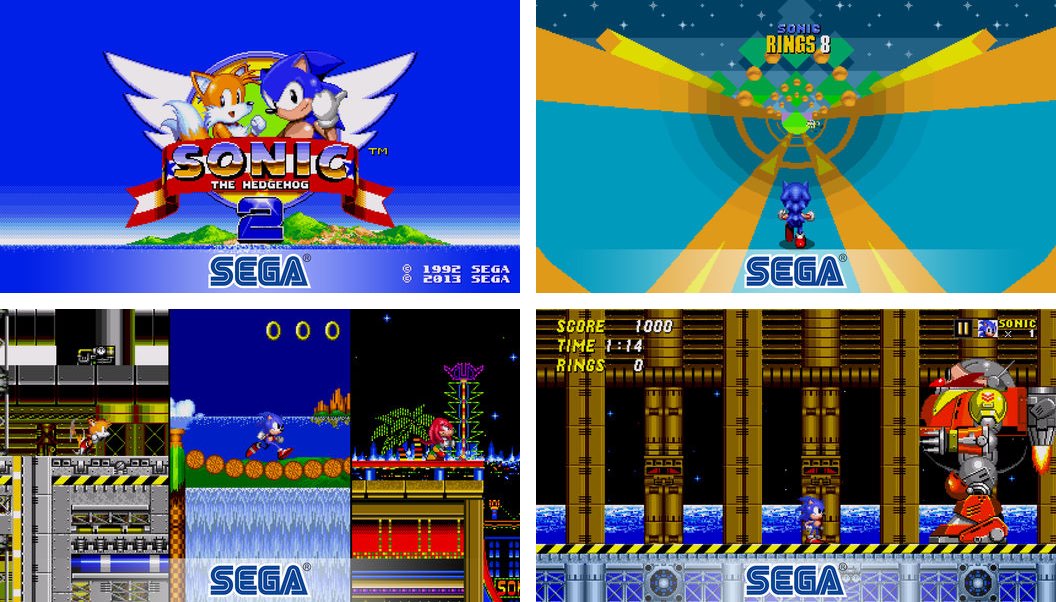 Sega is celebrating the 25th anniversary of its speed-based platform game Sonic the Hedgehog 2 which originally hit the Genesis game console in Japan on November 21, 1992.

A remastered version of Sonic The Hedgehog 2 for iPhone, iPad and Apple TV is now available from App Store via Sega’s Forever free-to-play game collection.

Dr. Eggman is back to his old tricks, trying to find the seven Chaos Emeralds that’ll let him complete his ultimate weapon, the Death Egg. Only the triple threat of Sonic, Tails and Knuckles can defeat him in this remaster from the team behind Sonic Mania.

The mobile version has several improvements over the original game, like the ability to save your progress at any point in the game and compete with the world for high scores.

The second game in the Sonic franchise, Sega says this re-release represents the most complete version of the game to date, complete with widescreen support, silky-smooth action at 60 frames per second and a completely remastered soundtrack.

Sonic the Hedgehog was the first Sonic game to feature the Spin Dash move.

The Master System version was the first game Tails appeared in, although he wasn’t playable. Unlike the original game for Sega’s Mega Drive and Genesis consoles, the mobile game lets you fly as Tails and includes the following enhancements:

As a freemium download, the game is ad-suported. Removing all in-game advertising requires a one-time $1.99 In-App Purchase although no In-App Purchases are required to progress. The game supports iPhone, iPad, Apple TV and iOS game controllers.

Grab Sonic the Hedgehog 2 for free from App Store.