Among other featured enhancements and improvements, the watchOS 4 software has brought the useful flashlight function for the very first time to Apple Watch.

With a hands-free flashlight on their wrist, Apple Watch wearers can easily illuminate a keyhole as they’re trying to unlock the door, light up other objects in the dark, make people on the road aware of their presence, read at night while preserving their night vision and more.

If you don’t have watchOS 4 or later, you won’t be able to use this handy feature.

To update your Apple Watch software to the latest version, tap My Watch → General → Software Update in the Watch app on your paired iPhone and follow the instructions.

The flashlight lights up the face of your Apple Watch with maximum brightness.

It has three basic modes, some of which were designed as a safety feature during night workouts or when assisting others in an emergency situation. 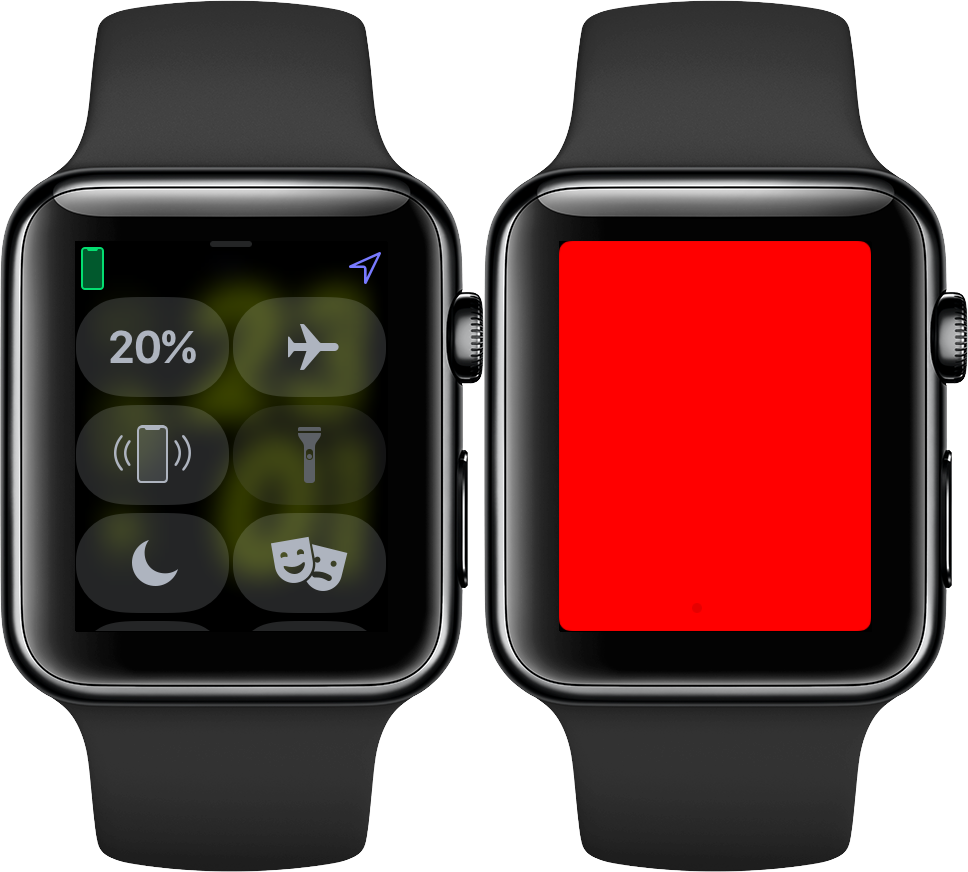 Here’s how to turn your Apple Watch into a flashlight.

How to use the flashlight on Apple Watch

You can turn the flashlight on or off, dismiss it with a simple gesture or cycle through the three built-in modes outlined in the previous section, and here’s how.

Turning the flashlight on

To access the Apple Watch flashlight, do the following:

1) On your watch face, swipe up from the bottom edge of the display. 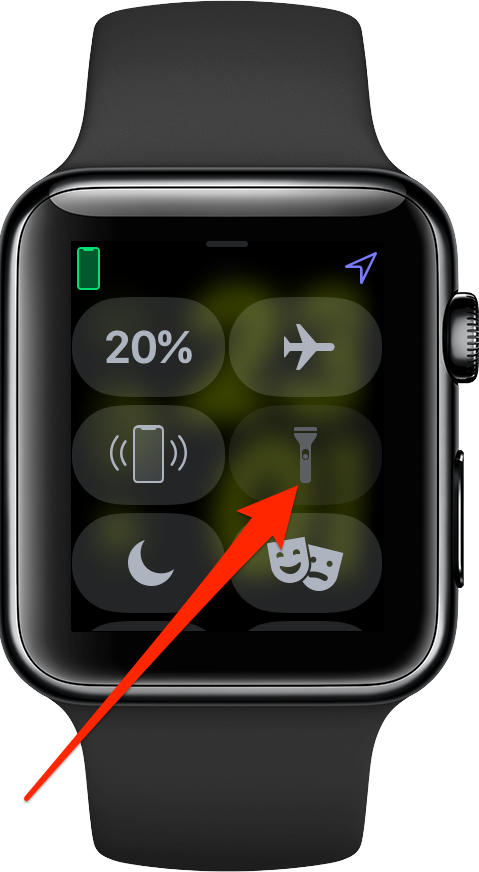 2) Once in Control Center, tap the flashlight icon.

The OLED display on your watch will light up at maximum brightness as soon as the clock at the top of display disappears. You cannot adjust the flashlight intensity like on iPhone.

The best thing about the Apple Watch flashlight: It stays dim until you turn your wrist away from you so you don’t blind yourself.

“I freaking love this! I use it almost every night when looking for my dogs poop in the dark,” our former video guy Andrew O’Hara told me in a call.

Turning the flashlight off

To turn off the active flashlight, swipe down from the top edge of the display. 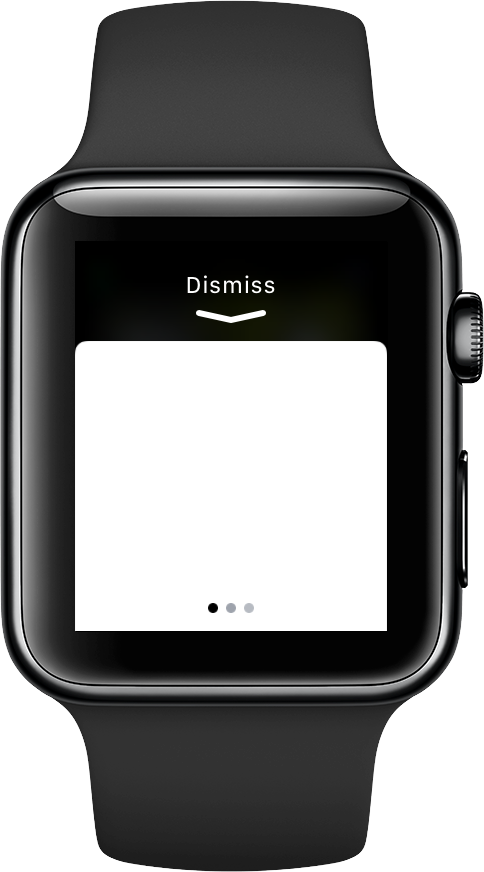 Alternatively, press the Digital Crown or the Side button.

To change your Apple Watch flashlight mode, swipe left once to advance from the steady white light to the flashing white light or twice to get to the steady red light. Swipe right to cycle through modes.

Now you know how to make the most out of the flashlight feature on your Apple Watch.