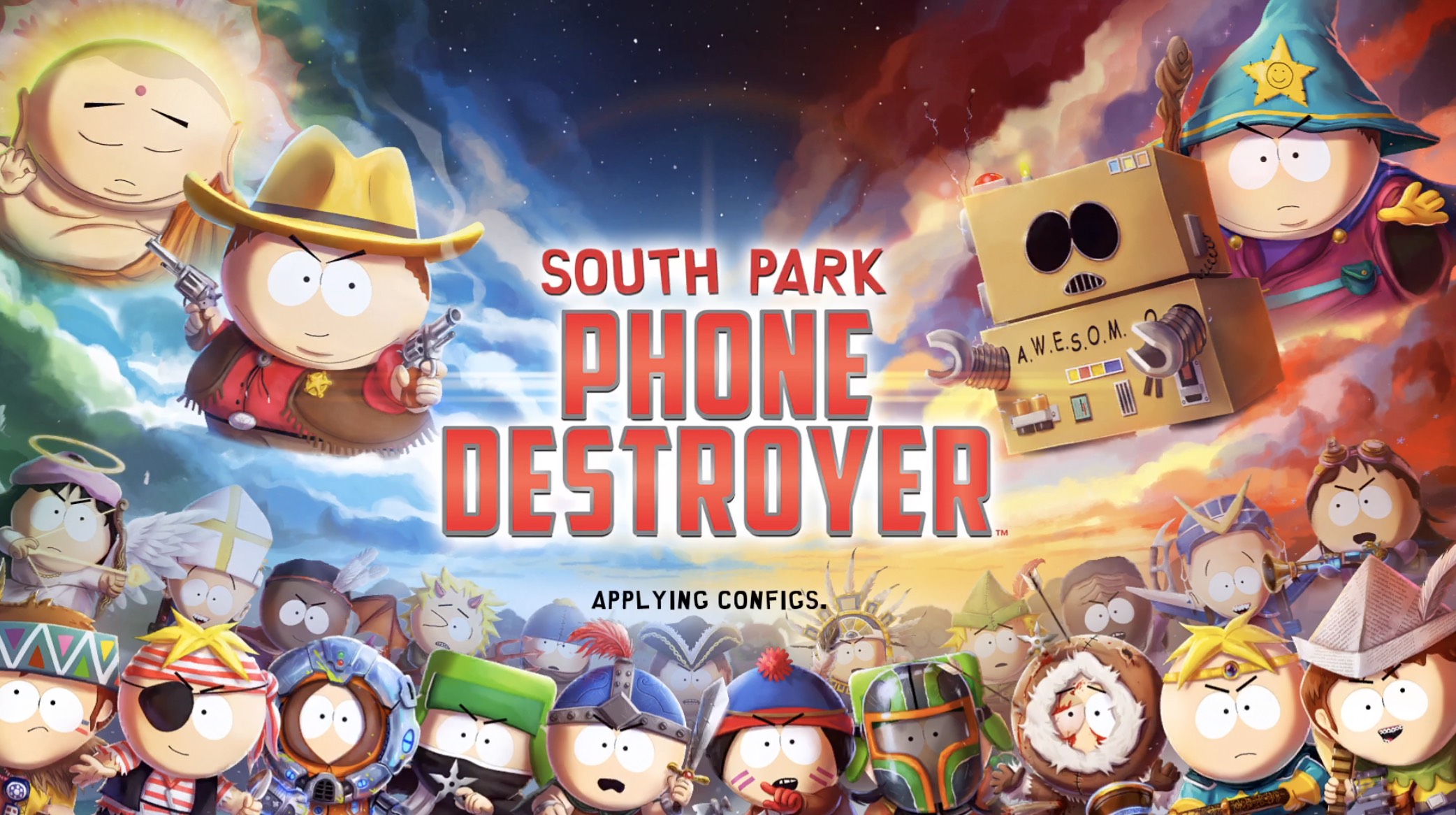 With the trailer first released back in June, anticipation has grown higher since.

South Park is fresh off of their successful console release, The Fractured But Whole. The team is currently in the midst of their 21st season airing on Comedy Central.

This is a combination of several popular game types. There is a deck building aspect where you collect and level up different collectable cards, as well as a real-time strategy portion where you partake in real time battles against other human players.

Taking a hands-on look, we had a great time playing through the first 30 minutes or so of the game. I put some of the best parts into a short review for an idea of what you can expect.

Phone Destroyer follows the precedent set by the first two console games that had the characters play as mythical creatures, then super heroes, now cowboys vs Indians, all of which have tie-ins with the TV show. The game features several animated cut scenes with the characters that walk you through an original story line.

While Phone Destroyer does have a swath of In-App Purchases, they’re entirely optional and you can complete the game without spending any real money. Everything can be earned without paying because the game is designed so that nothing is ever locked behind a paywall.

“Everything in the game is available to all players as they progress, whether they choose to spend real-world money or not,” developers noted. Of course, you can always disable In-App Purchases in your iOS device settings.

If you are a fan of South Park, you will undoubtedly be thrilled with their new mobile experience.

South Park: Phone Destroyer is available for free on the App Store.