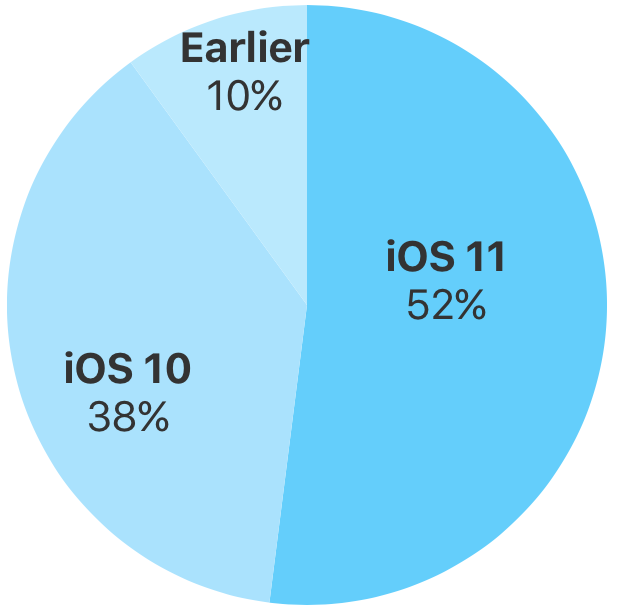 Apple on Tuesday shared its most recent, and official, adoption rate figures for iOS 11 through its App Store dashboard webpage for developers.

In other words, more than half of devices used iOS 11 a month and a half since its launch.

By comparison, iOS 9 reached 66 percent of devices in about the same time while iOS 10 managed to power about two-thirds of active devices less than a month following its launch.

iOS 11 released for public consumption 49 days ago on September 19.