According to latest stats from marketing firm Fiksu, based on data obtained from “millions of iPhones and iPads” running Fiksu client apps, iOS 10 is now powering two-thirds (66.7 percent) of active iPhone, iPad and iPod touch devices in the wild.

Data from research firm Mixpanel is showing a similar trend with an estimated 65.38 percent adoption rate for iOS 10 as of Monday, as shown on the below chart. 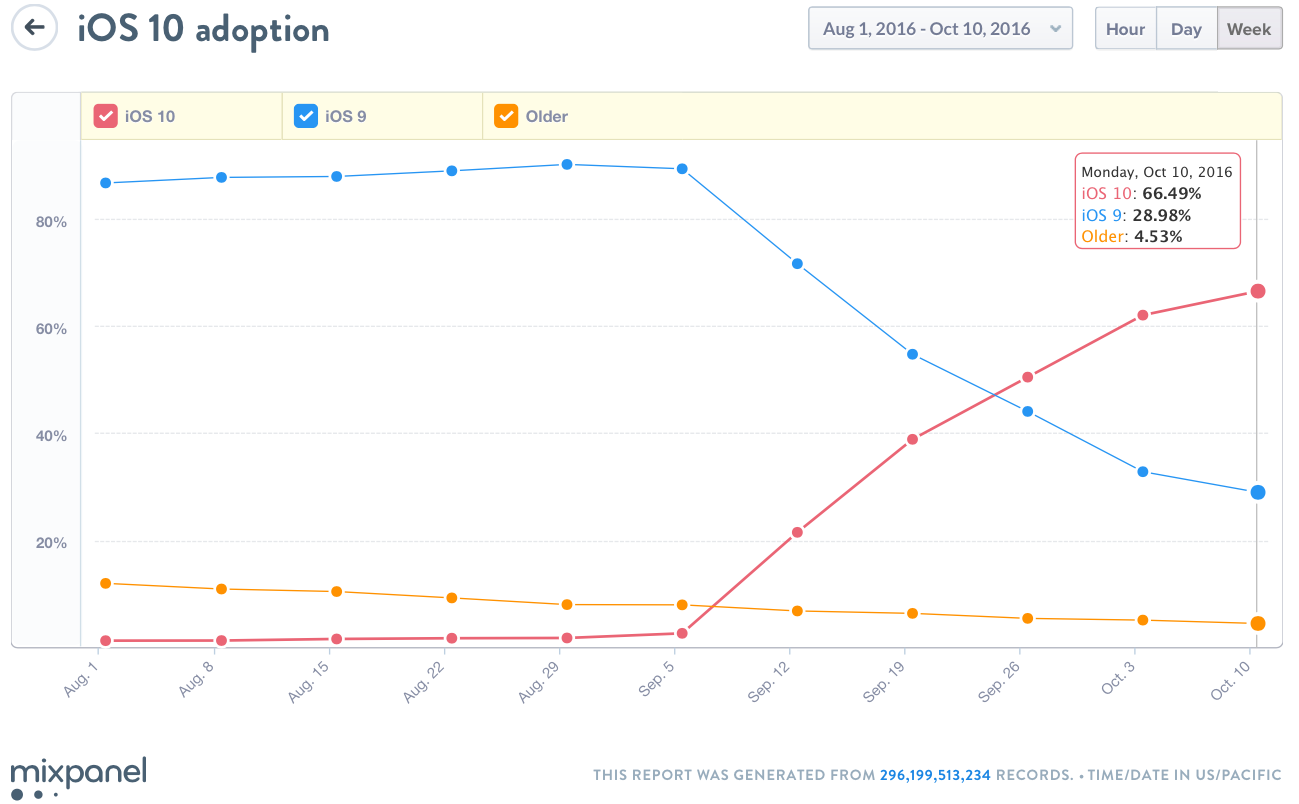 What’s interesting is that iOS 10 adoption was moving fairly slowly during the first two weeks of its launch – slower than iOS 6 through iOS 9, in fact. It then quickly jumped up toward the end of September.

This is an usual pattern in terms of new mobile OS upgrades among Apple’s user base–typically, adoption doesn’t spike quite so sharply. Adoption increased 20 percent from September 27 through October 4.

The site notes this pattern could be related to when Apple timed its push of “update alerts” to users, suggesting that iOS 10 alerts could have been delayed, which would explain why we’re seeing the upgrade delay followed by a big spike.

By comparison, here are adoption rate figures for prior iOS editions, as measured by Fiksu 26 days after their respective releases:

It took iOS 9 over a month to reach the majority of iOS users and two and a half months to reach 70 percent of devices, according to data from Apple.

Apple should start tracking iOS 10 in its official iOS adoption rate figures which can be accessed through the App Store dashboard webpage.