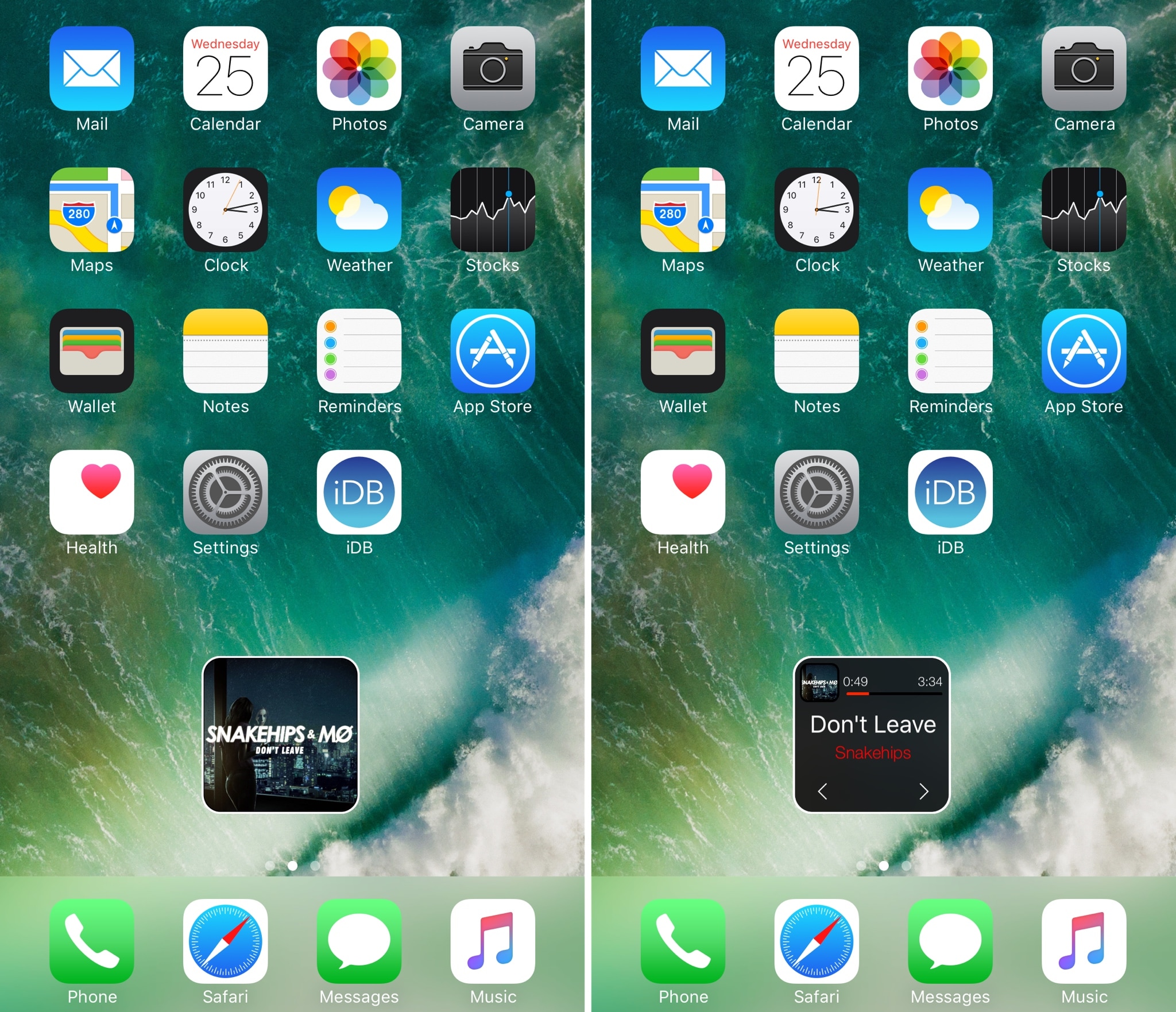 If one thing’s for sure, it’s that little music player interfaces are popular projects for jailbreak community developers. Continuing the long bloodline of these kinds of releases is a new jailbreak tweak called MicroPlayer by iOS developer IndieDevKB.

As the name implies, MicroPlayer is essentially a tiny music player interface that you can use to control your music whenever it’s playing.

MicroPlayer lives on the Home screen and defaults to the bottom-left of the screen. You can move it anywhere you’d like, however, so we moved it to the bottom-center, as shown above.

Because MicroPlayer is so compact, there’s hardly any room for button controls. That said, the developer kept the buttons to a minimum and programmed the tweak to recognize a plethora of gestures instead.

Among the gestures you can perform are:

As you’ll see in the screenshots above, one view is nothing more than album artwork, while the other has back and forward buttons along with song information. The former is considered the simplified view, while the latter is regarded as the detailed view. Whenever music isn’t playing, the MicroPlayer interface displays a pair of headphones, like so: 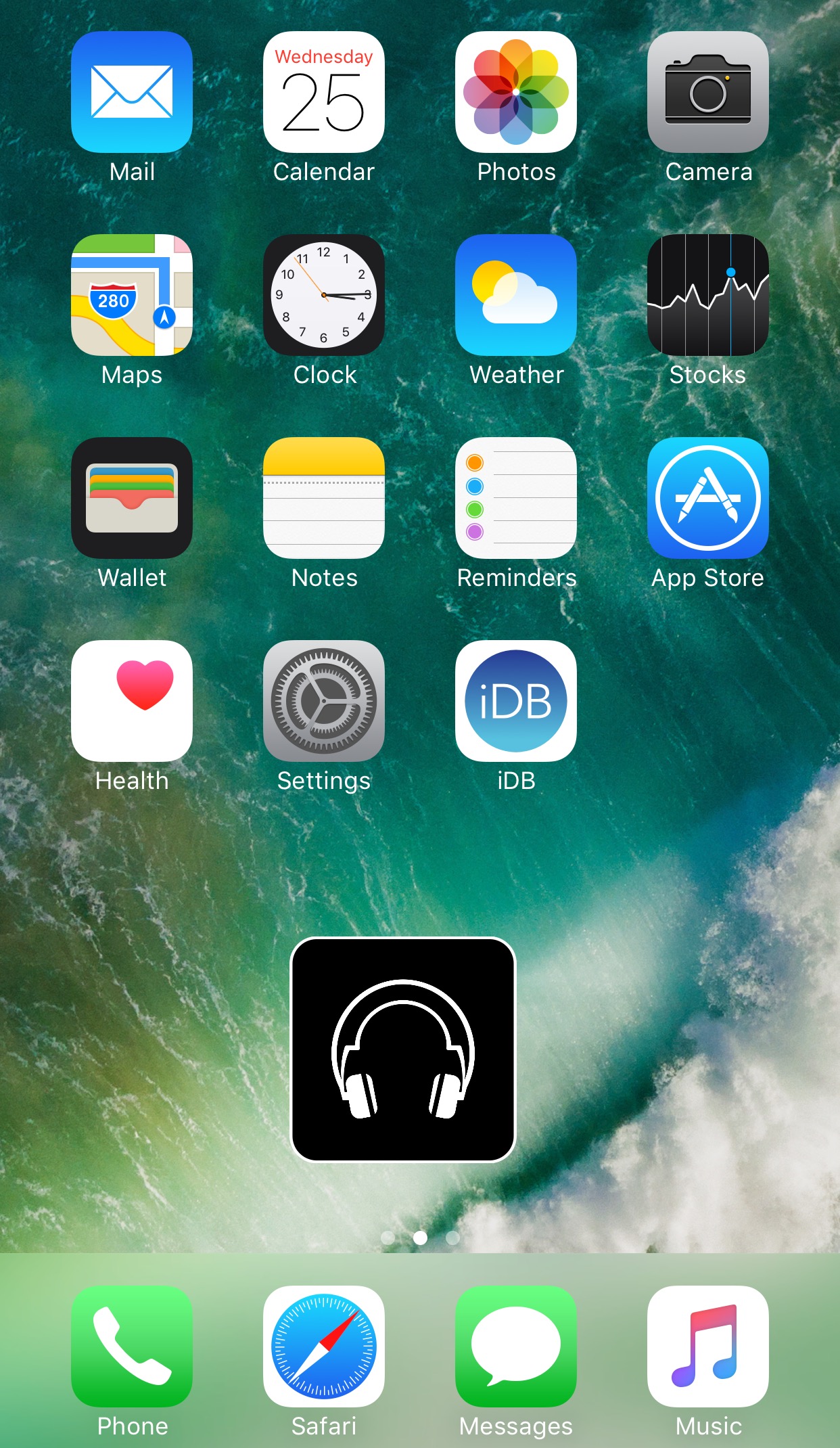 One thing worth noting is that MicroPlayer doesn’t appear in any of your apps, so it disappears the moment you leave your Home screen. Not to worry though, as you can still control your music from Control Center’s Now Playing page.

MicroPlayer adds a preference pane to the Settings app where you can adjust a few settings: 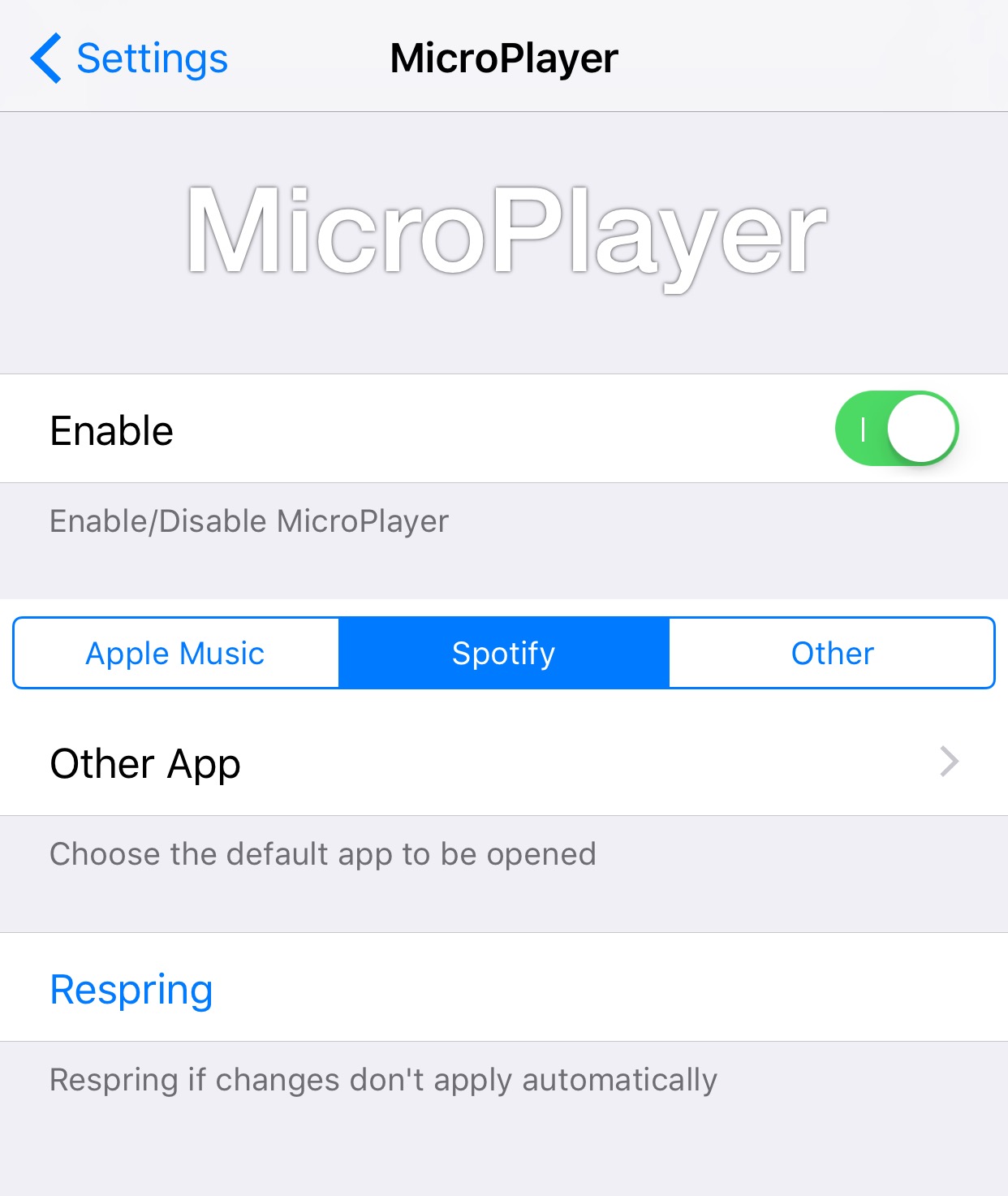 The options you can mess around with include:

A respring button is included at the bottom of the preference pane so you can save your changes.

Overall, I like the way MicroPlayer looks because it’s tiny and you can put it anywhere you’d want. I also find the multitude of gestures and compatibility with several different music-player apps both user-friendly and intuitive.

If you’re interested in trying MicroPlayer for yourself, the tweak is available from Cydia’s BigBoss repository for $1.49. It works on all jailbroken iOS 9 and 10 devices.

Are you a fan of the way MicroPlayer looks? Share why or why not in the comments below!