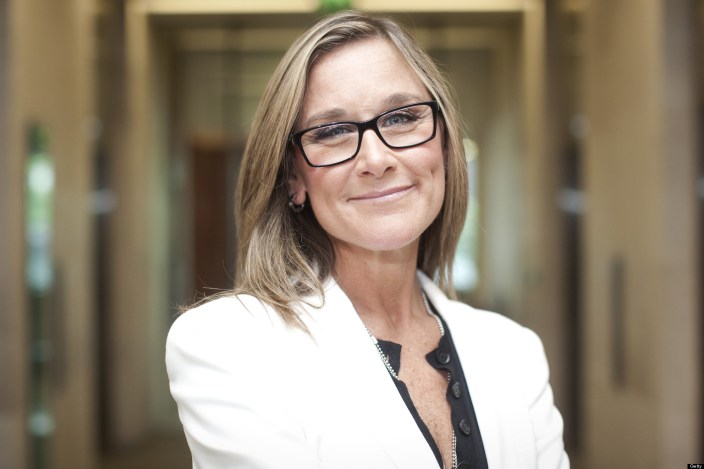 Angela Ahrendts, the head of Apple’s retail business, said Friday in an interview with CNBC that they won’t attempt to upsell customers to the pricier iPhone X model, arriving in two weeks.

She acknowledged that Apple has told its retail employees not to try to upsell customers to the upcoming, most expensive iPhone X model:

She dismissed the notion of retail jobs going away due to the popularity of online shopping because “people want the human connection, they want a place to pick up their products.”

Discussing the gorgeous Chicago riverfront store, Apple’s most amazing store yet that opens to the public at 5pm today, she said that Apple’s retail business is no different from fashion.

“The way we look at it is building a relationship,” Ahrendts said.

“It’s no different from fashion—don’t you go back to someone who’s taken really good care of you, who you trust, to make you a better version of yourself?”

That’s all good, but I don’t understand why Apple insists on calling its stores “Town Squares”.