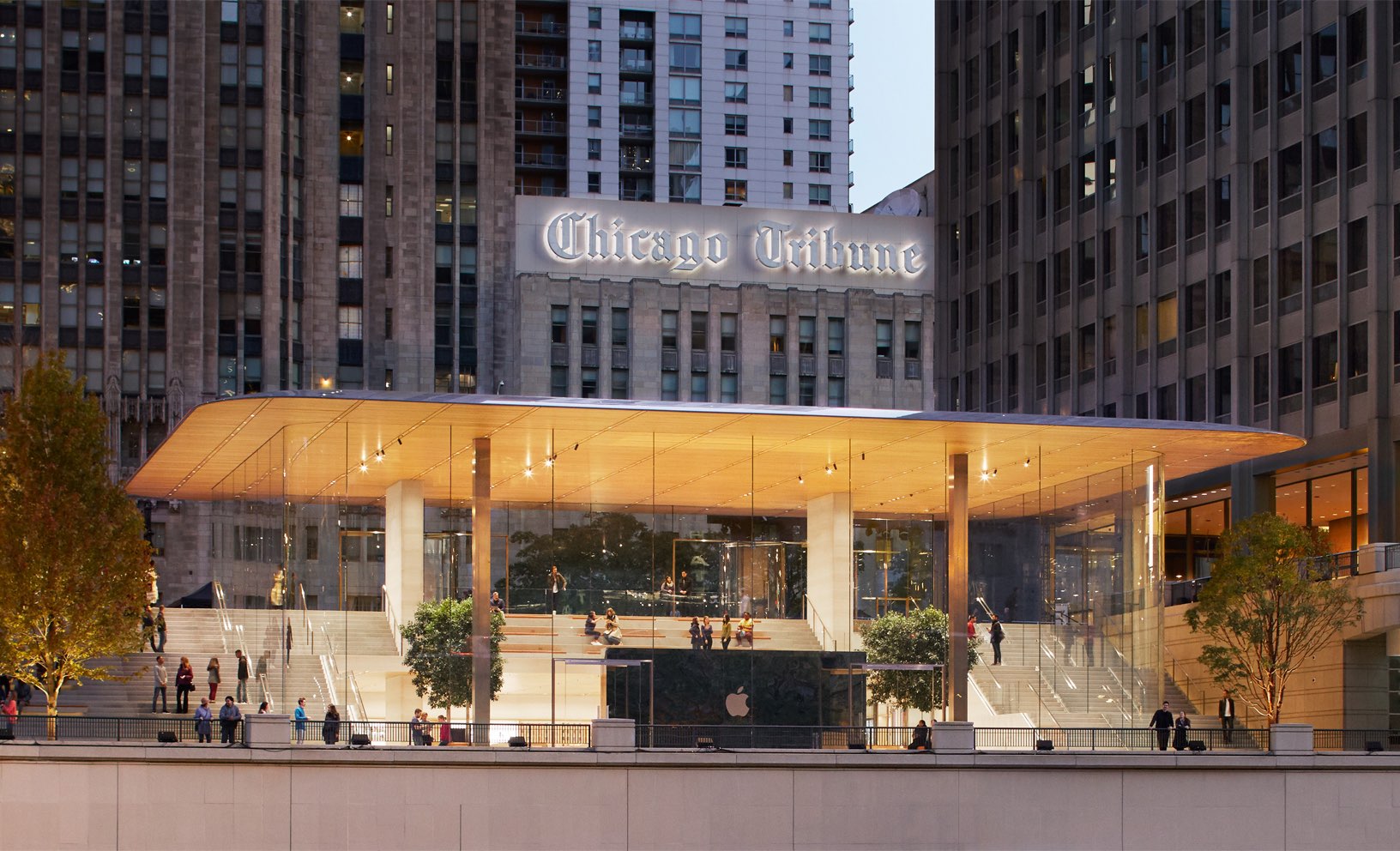 Ahead of today’s grand opening of its new Michigan Avenue outlet on Chicago’s riverfront, Apple published a batch of photographs of the store’s interior and exterior, showing off its gorgeous storefront that perfectly blends into the surroundings.

The Cupertino technology giant referenced historical records and worked closely with the City of Chicago to develop a new store design specifically for the riverfront site. 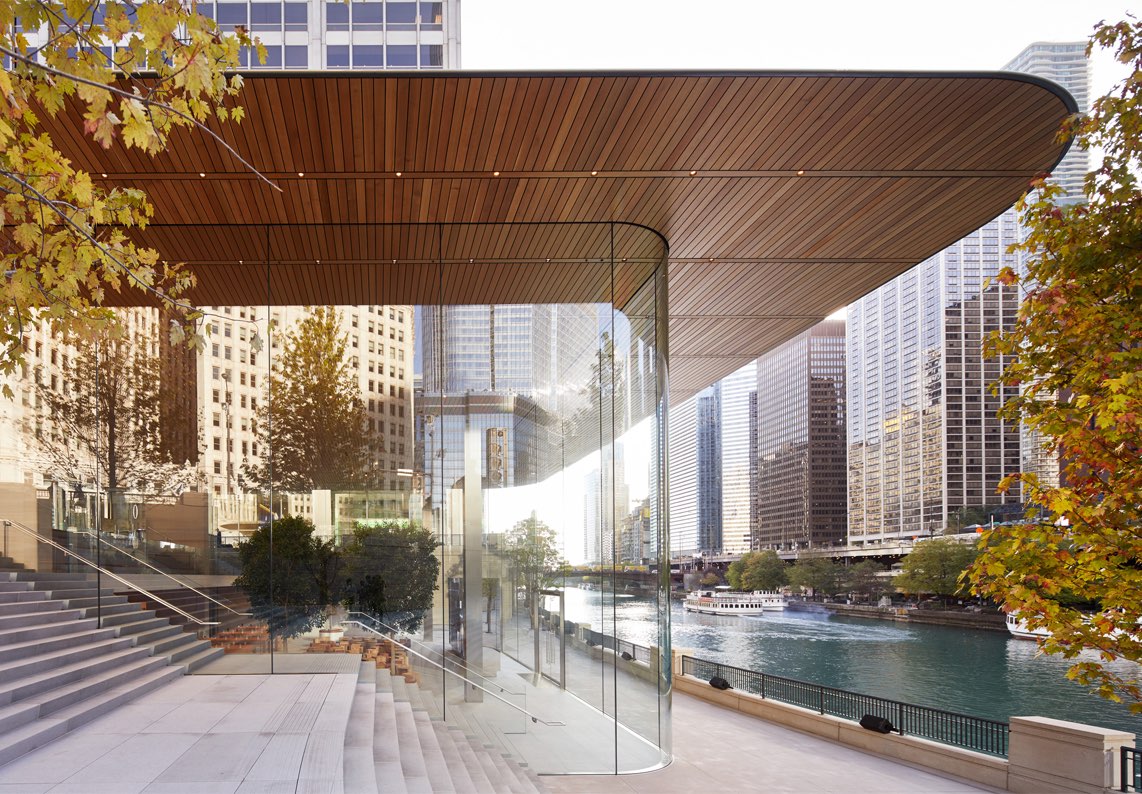 Billed as its most ambitious store to date, the new outlet connects the Chicago River with Pioneer Court and Michigan Avenue. The storefront and the riverfront from Pioneer are linked by granite staircases on both sides of the transparent store. 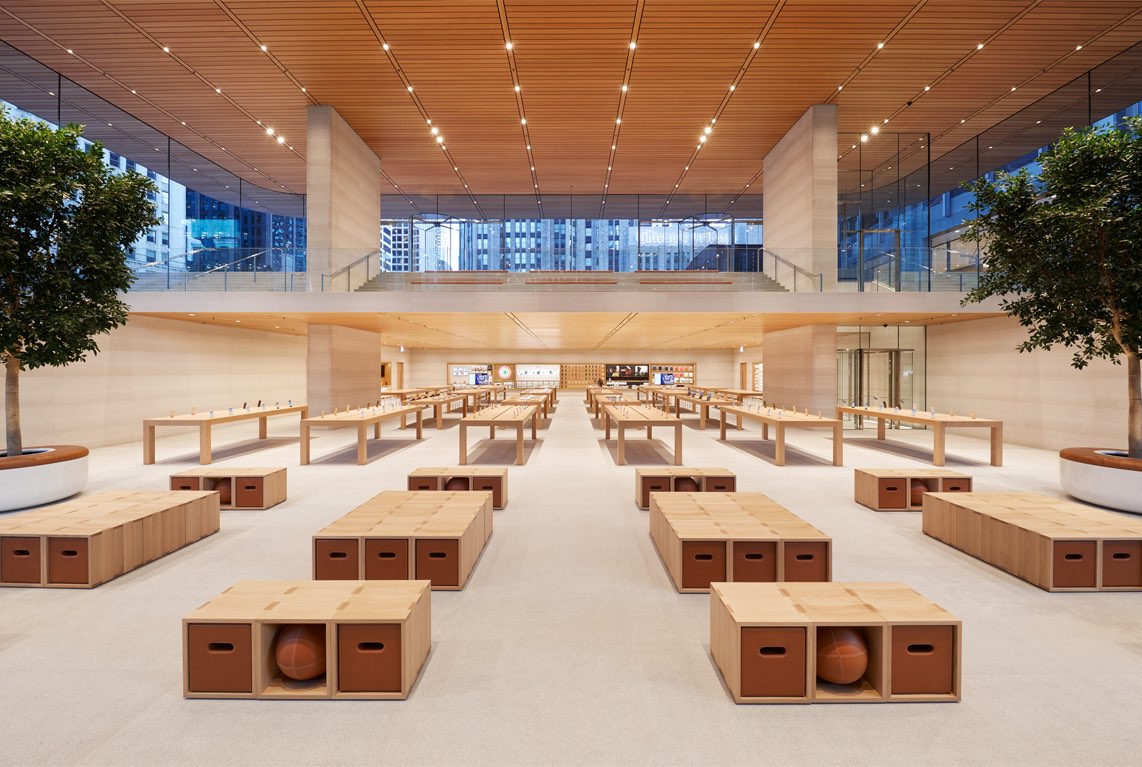 The original North Michigan Avenue store opened in 2003 with 58 employees and now employs a team of 250. Since its 2003 opening, the store welcomed more than 23 million visitors.

The company’s design tzar Jony Ive was quoted as saying:

Apple Michigan Avenue is about removing boundaries between inside and outside, reviving important urban connections within the city. It unites a historic city plaza that had been cut off from the water, giving Chicago a dynamic new arena that flows effortlessly down to the river.

When Apple opened on North Michigan Avenue in 2003, it was our first flagship store, and now we are back in Chicago opening the first in a new generation of Apple’s most significant worldwide retail locations.

Apple Michigan Avenue exemplifies our new vision where everyone is welcome to experience all of our incredible products, services and inspiring educational programs in the heart of their city. 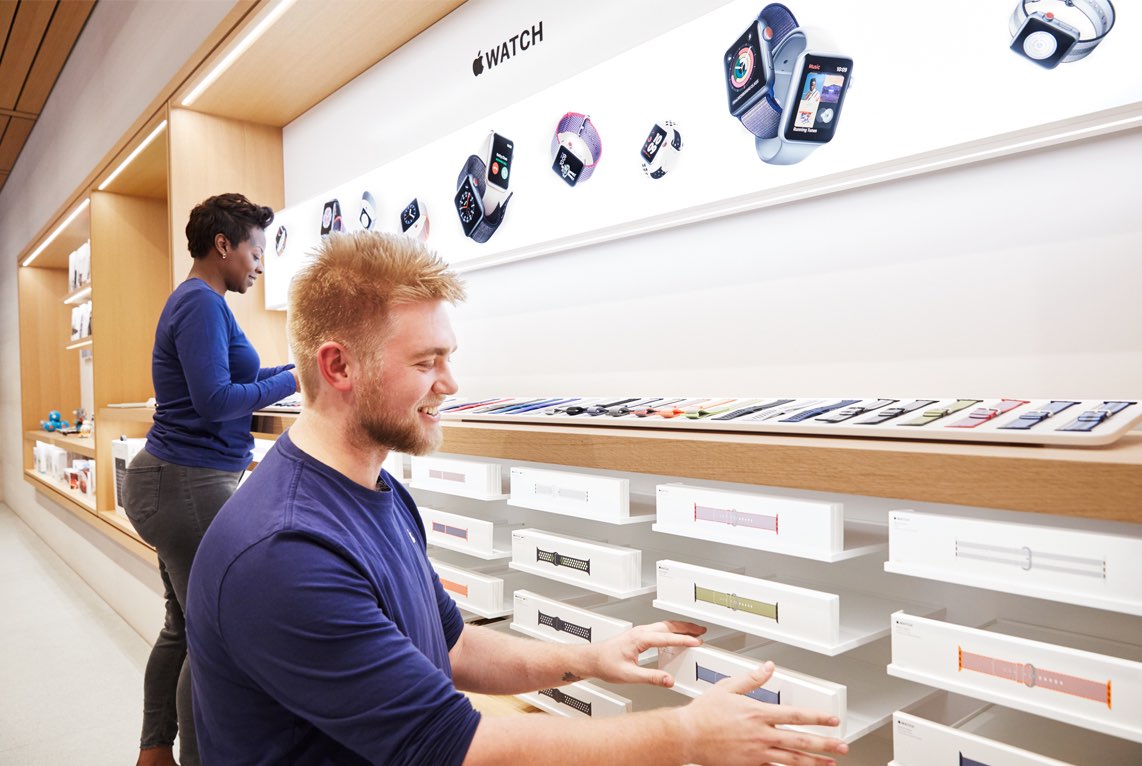 To celebrate the opening, it’ll host “The Chicago Series,” a month-long events that will provide attendees with the tools ranging from photography and music to coding and app design.

The store officially opens to the public today, October 20 at 5pm local time.