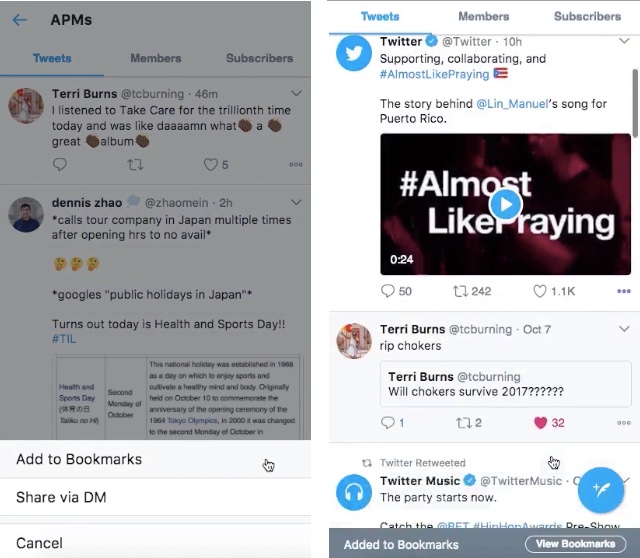 Twitter is finally working on a “Save for Later” feature that will make it a lot easier to bookmark any tweets that you may want to reference in the future.

The news was revealed by Twitter’s product manager Jesar Shah during a recent Hack Week.

This should be super helpful and she tweeted out a video showing it in action.

For Hack Week @Twitter we started developing #SaveForLater. Here’s the early prototype that we put together in a week, which is likely to change. pic.twitter.com/c5LekvVF3l

Keith Coleman, Twitter’s VP of Product, says this has been a top feature request.

To preserve a tweet, tap an overflow icon and choose a new Add to Bookmarks option from the popup menu. All your saved tweets are bookmarked privately so only you can see them via a new Bookmarks section within Twitter’s mobile apps and on the web.

Shah didn’t provide a timeline when users could expect to start using this feature, but anyone is welcome to offer feedback and comments using the hashtag #SaveForLater.

This long overdue change will make saving tweets less cumbersome than workarounds such as liking a tweet, retweeting or sending a tweet to yourself in a Direct Message.

What’s your strategy at present for saving tweets for later?