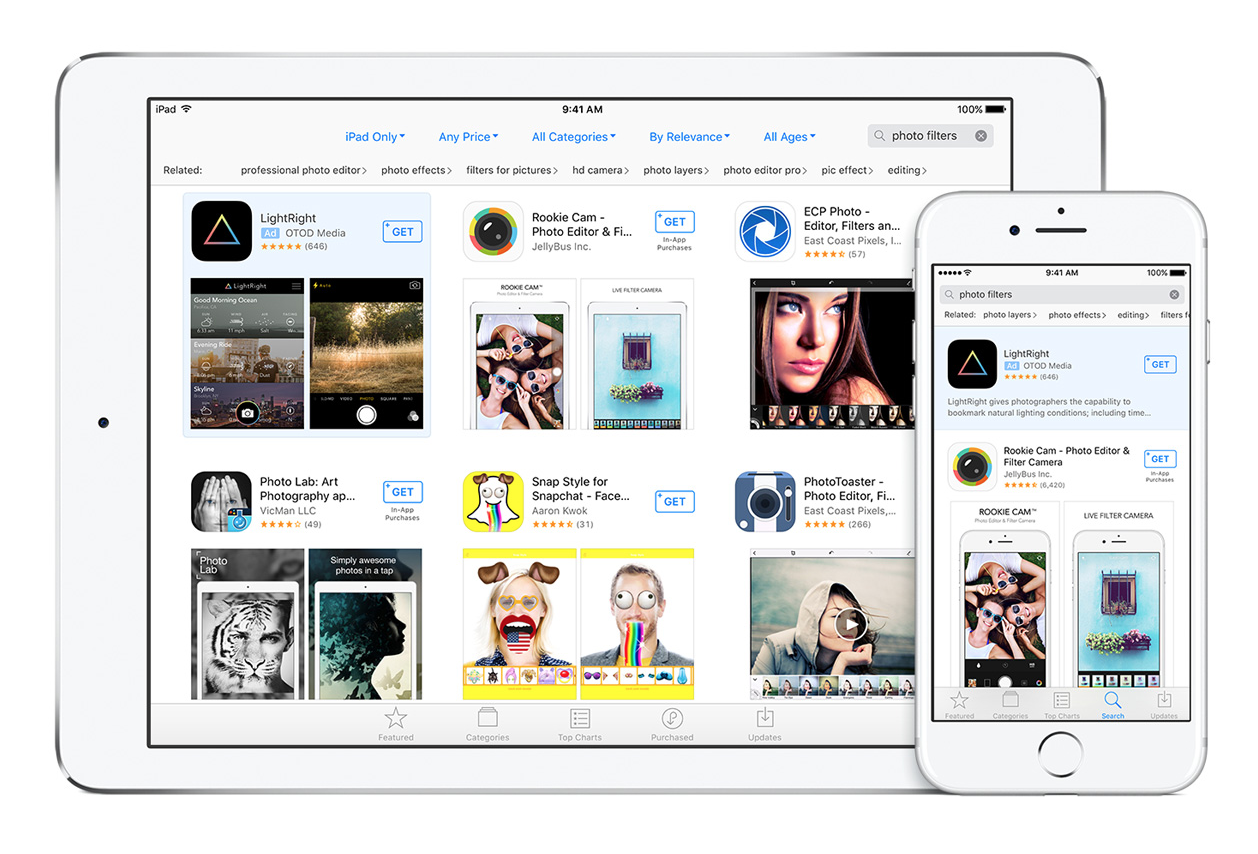 First introduced in June 2016 before launching in October 2016, search ads on App Store are now expanding to Canada, Mexico and Switzerland.

Developers can now create campaigns to promote their apps in Canada, Mexico and Switzerland, in addition to the United States, the United Kingdom, Australia and New Zealand.

Ads for new storefronts are scheduled to go live a week from today, on October 17.

With search ads, developers with a marketing budget can promote their apps at the top of relevant search results while customers can download an app being advertised with a tap.

Ads can be shown at specific times of the day or days of the week.

Ads are served up only if they’re relevant to customers’ search queries. “If an ad is not relevant to what the user is looking for, it will not be shown in the ad spot regardless of how much you are willing to pay,” says Apple.

At most, one ad per query is shown to the user.

Nearly two-thirds of downloads come directly from App Store searches, as per Apple’s own stats. To signify paid placement, search ads have an “Ad” mark and light blue background.