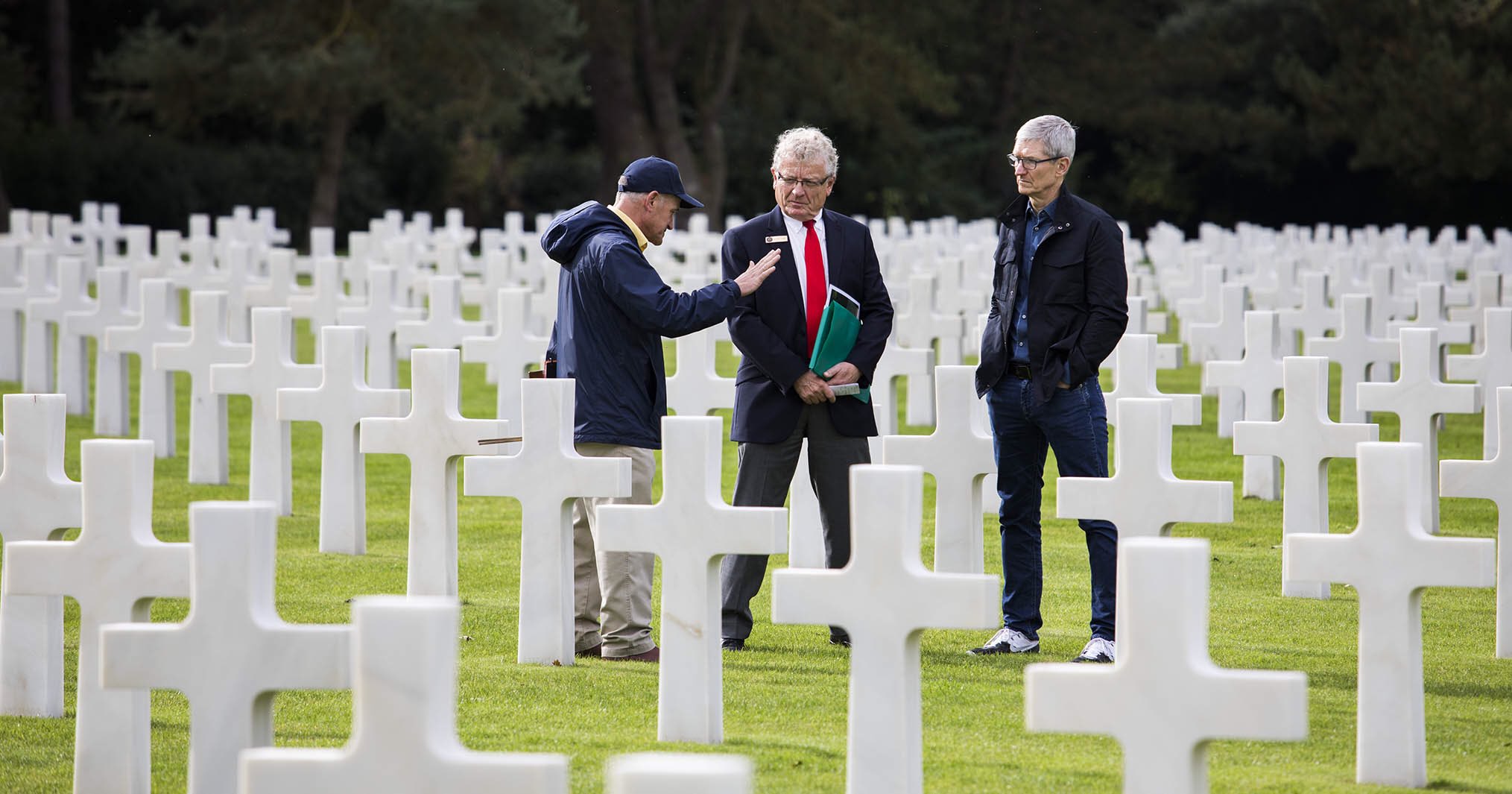 Monday, Tim Cook visited the Normandy American Cemetery and Memorial in Colleville-sur-Mer, Normandy, France, where over 9,300 U.S. soldiers who fought in World War II are buried.

“At Normandy, honoring those who made the ultimate sacrifice,” he tweeted. Cook quoted a part of a prayer carved on a chapel wall, reading “Think not only upon their passing. Remember the glory of their spirit.”

He later went on to share a roast chicken with employees at a $42 million startup, called “My Little Paris”, which specializes in recommending sites and attractions to see around the city. 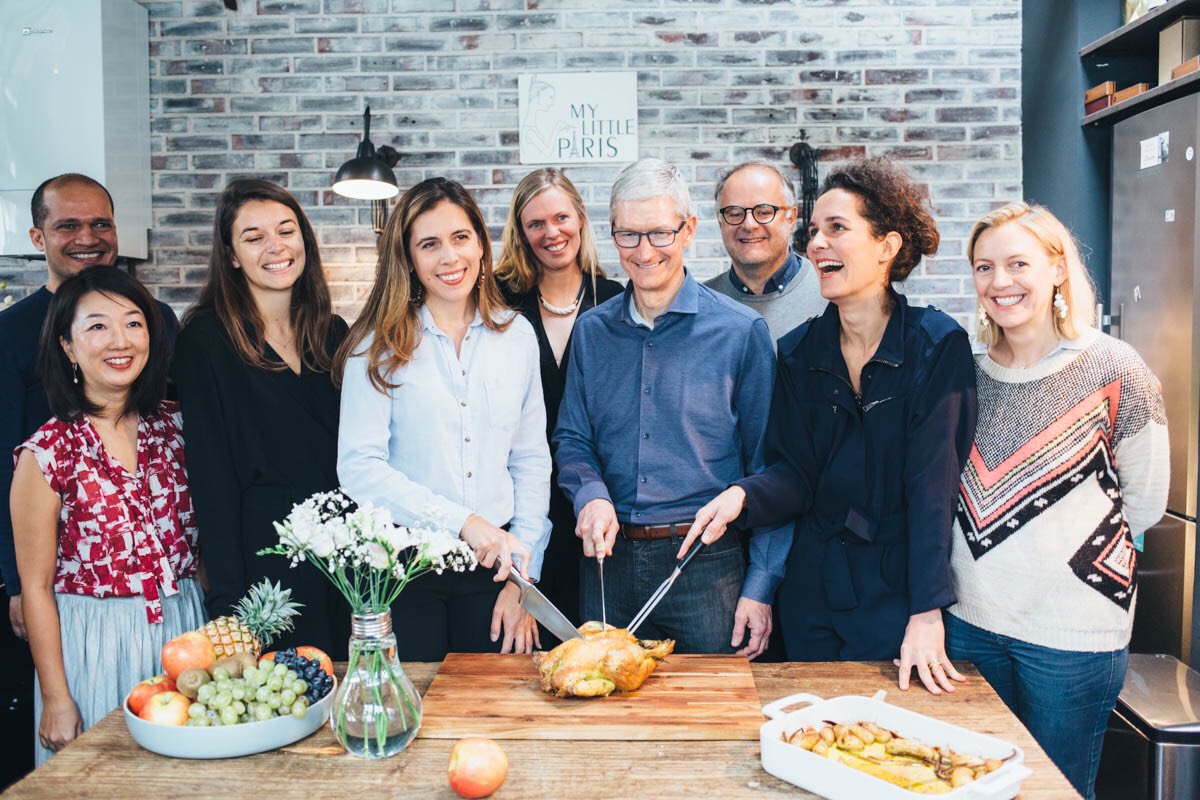 He then paid a surprise visit to another startup which makes Coach Guitar, an app that uses colors to help people learn to play the instrument. “Congratulations on six million downloads,” he tweeted. ”We can’t wait to see what you do next.”

Très impressionné par l’expérience @CoachGuitar. Congratulations on 6M downloads! We can’t wait to see what you do next. pic.twitter.com/O7RIjusuzh

Earlier this morning, Cook visited another French firm, called Eldim, that reportedly produces a crucial component for the Face ID system in iPhone X which allows for optical analysis of angular characteristics.

He called Eldim, which has been partnered with Apple for nearly ten years, “a team of talented engineers and craftspeople helping make iPhone possible.”