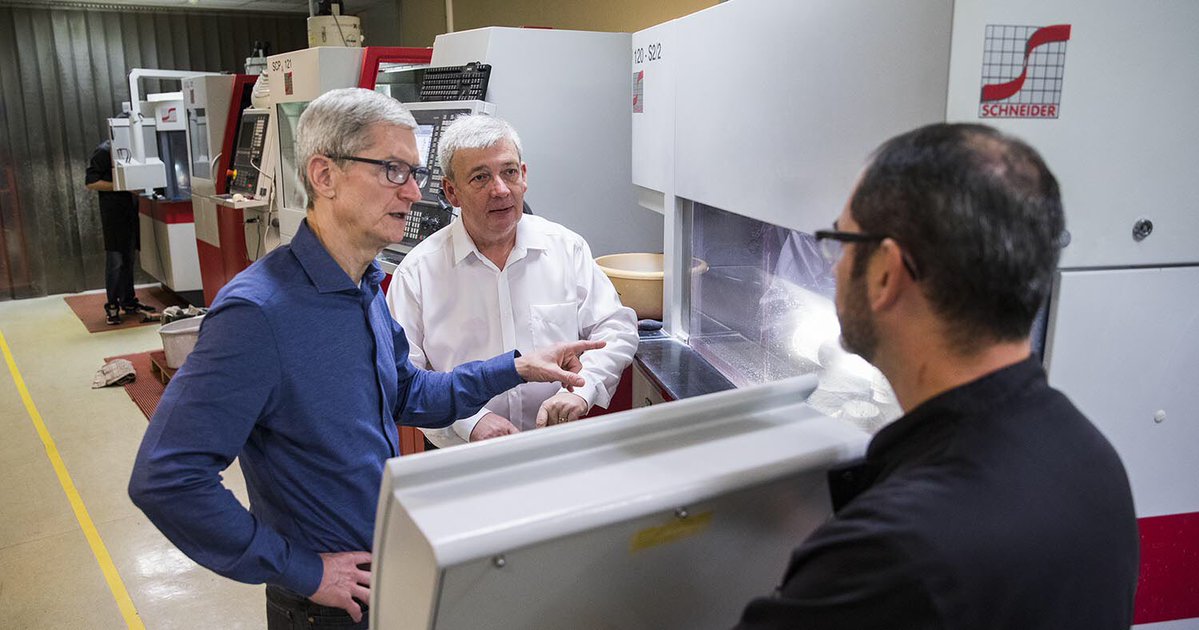 Tim Cook is scheduled to meet French president Emmanuel Macron today and, as part of his itinerary, he has now paid a quick visit to a small French company that makes critical components for iPhone X’s Face ID system.

“Thanks to my friends at Eldim, a team of talented engineers and craftspeople helping make iPhone possible,” cook wrote in a tweet Monday. “Bravo pour votre travail!”

Eldim, based near the Normandy town of Caen, has been making various types of display technology for more than 30 years.

Their team of 42 employees is responsible for a technology that VentureBeat says is key to Face ID, the new depth-based facial recognition system debuting on iPhone X. Specifically, a version of their component which allows for optical analysis of angular characteristics is said to be one of the critical components being used in the new Face ID system on iPhone X.

He also stressed that working with Apple over the years meant solving huge technical challenges. “For us, it was a little like sending someone to the moon,” Leroux told reporters.

Cook responded, “It’s great what you have done for us.”

The french firm has been working with Apple for almost ten years.