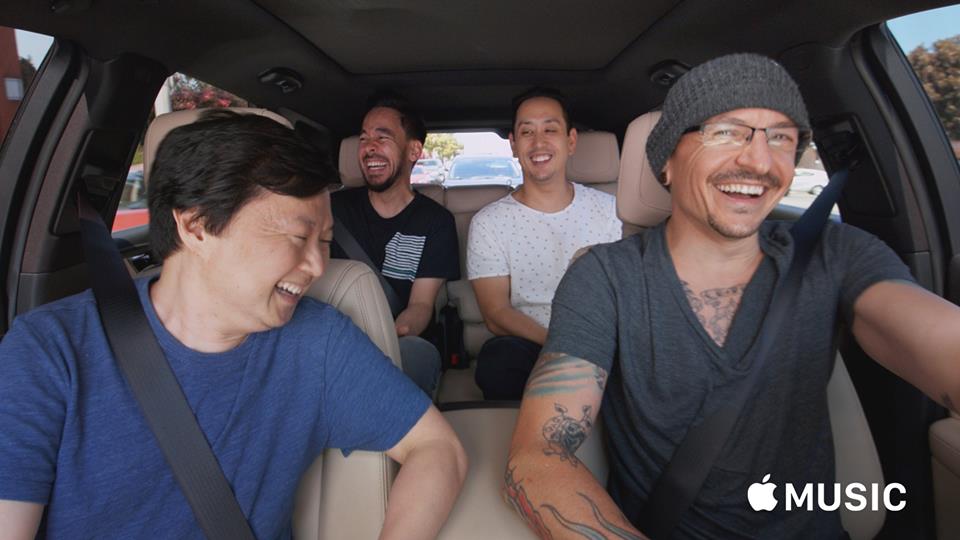 Popular rock band Linkin Park announced on Thursday, via Facebook, that a Carpool Karaoke episode starring the late Chester Bennington will air next week. Bennington filmed the show with fellow bandmates Joe Hahn and Mike Shinoda back in July, shortly before his passing.

Unlike other episodes of Carpool Karaoke, which are exclusive to Apple’s paid streaming music service, this one will be shown for free on Linkin Park’s Facebook page next week. They didn’t give a specific time, but the post says “this time next week,” so we’re guessing early Thursday.

For those who aren’t familiar with it, Carpool Karaoke is a reality entertainment show that features musicians and celebrities singing and having fun while riding in a car. It actually started out as a short segment on The Late Late Show with James Corden, but in a quest for original content, Apple purchased the rights to it last summer, and has since spun it into a full TV series exclusive to Apple Music.

It’s unknown if Apple will post Bennington’s Karaoke episode to Apple Music, or if it plans to just let Linkin Park stream it for free via Facebook. We’ll update this post when we have more viewing details for the folks who want to tune in.