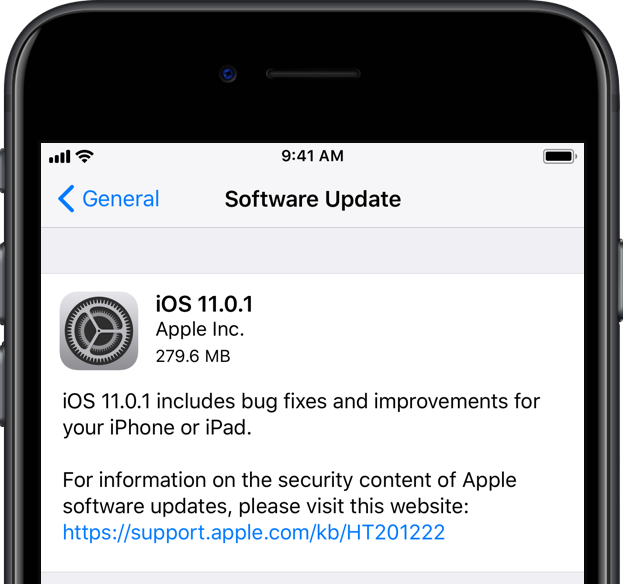 Apple on Tuesday released a brand new iOS 11.0.1 software update that includes bug fixes and unspecified “improvements for your iPhone and iPad,” according to the official release notes.

The new software has a build number of “15A402” or “15A403”, depending on your device, and can be deployed over the air to your iPhone, iPad or iPod touch running iOS 11.0 by venturing into Settings → General → Software Update.

See Apple’s support document for details on the security content of this update though Apple doesn’t seem to be eager to divulge any specific bugs that iOS 11.0.1 addresses.

iOS firmwares can also be grabbed directly from the iDownloadBlog Downloads webpage.

The bug-fix software has arrived a week following the public release of iOS 11. It’s not unusual for Apple to quickly follow up major iOS releases with point updates to address some of the early issues plaguing users like battery drain, slow performance and so forth.

Many post-install issues can be chalked up to the way iOS handles your data and content after a major upgrade with things like complete Spotlight re-indexing, re-running face and object recognition in Photos, performing house cleaning tasks and more.

Have you experience any problems after making a jump to iOS 11?