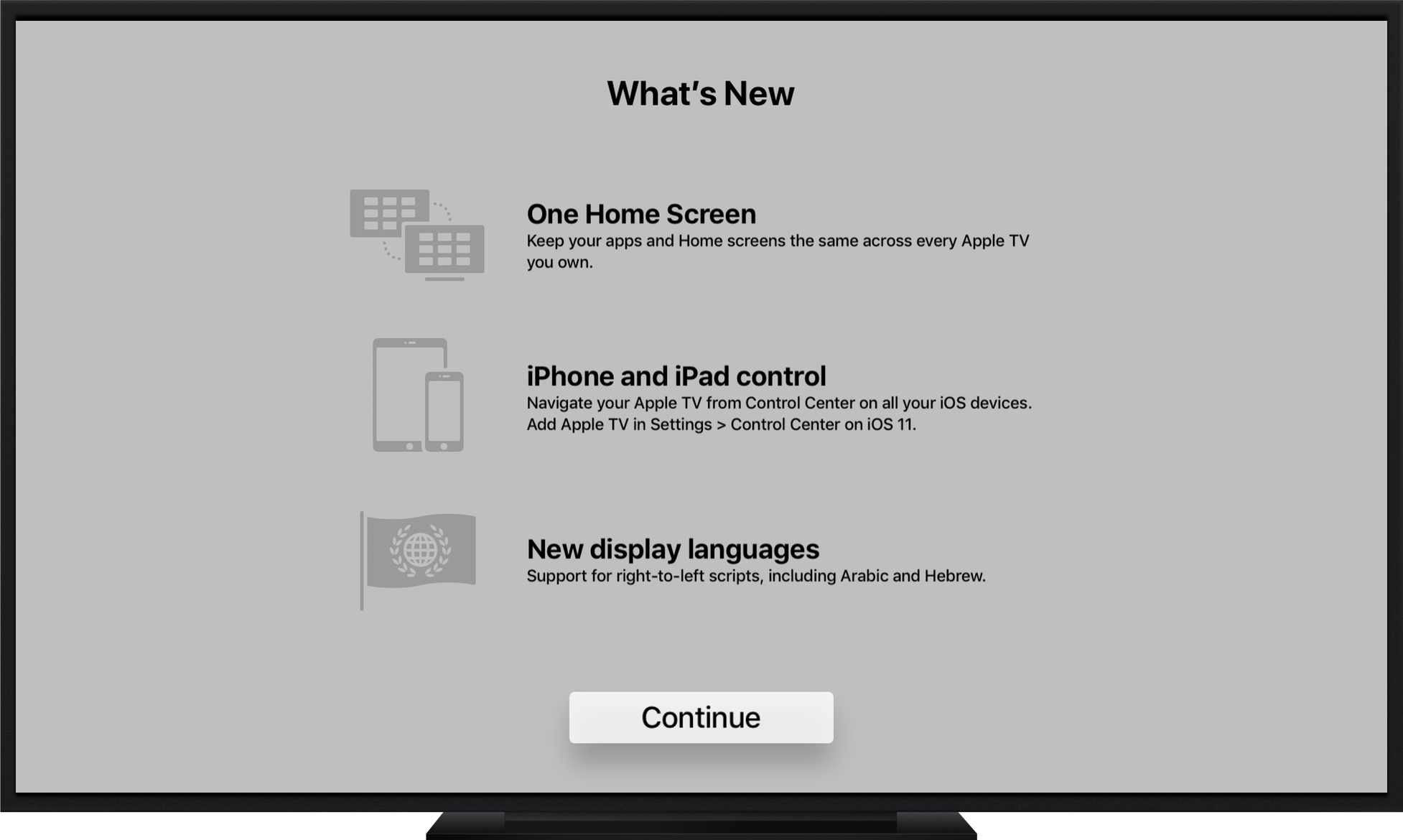 Having spent more than three months in beta, the free tvOS 11 software update for the fourth-generation Apple TV and the upcoming Apple TV 4K is now available for public consumption.

To get the new firmware, head over to our Downloads webpage.

Folks who installed the tvOS 11 GM on their Apple TV needn’t do anything because they’ve been running literally the same code as those who have just upgraded to the commercial tvOS 11 release. 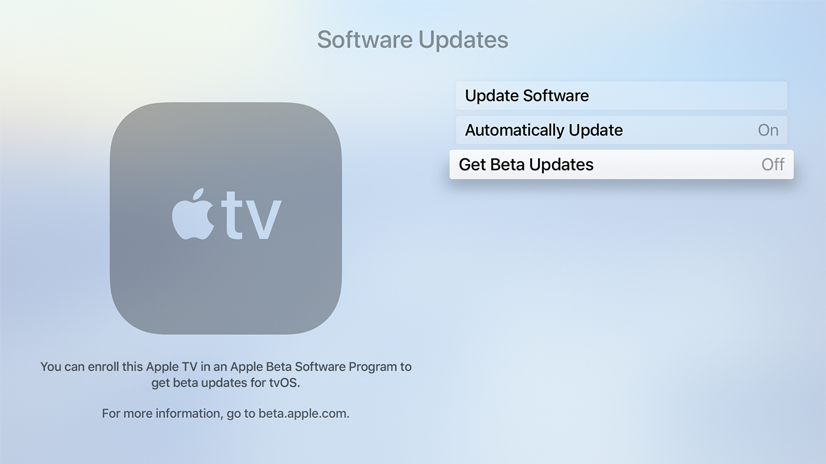 If you’d like to stop receiving the tvOS betas and get commercial versions when they’re released, go to Settings → System → Software Update and turn off Get Public Beta Updates.

This will let you update to the superseding public release (tvOS 11.x) when it becomes available.

How to install tvOS 11

To install tvOS 11, go to Settings → System → Software Updates and select Check for Update. If an update is available, a message will appear. You can then choose Download and Install to start downloading.

If the update does not show up, wait a few minutes or hours because these things take some time to propagate. You can set your Apple TV to automatically download and install software updates by selecting the option Update Automatically in Settings → System → Software Updates.

And with a redesigned Control Center for iPhone and iPad with iOS 11, you can now control your Apple TV using the virtual tracked and other Apple TV controls built into Control Center.

Are you excited for tvOS 11

Are you excited for tvOS 11?

Although it’s not jam-packed with new features like iOS 11 and watchOS 4, what’s your favorite tidbit in tvOS 11 so far, and why? Share your thoughts with other readers in the comments section below.