Apple Pay Cash, a virtual card that will hold the funds you receive from friends and family through the Cupertino company’s new peer-to-peer money transfer service in iOS 11, will be available later this fall as an update to iOS 11 and watchOS 4.

iOS 11 and watchOS 4 are due tomorrow, but Apple Pay Cash and the new P2P money transfer service will miss the launch, the company has confirmed in a press release today.

As part of Apple’s planned point update to iOS 11 and watchOS 4 coming later in the fall, customers will be able to securely send and receive money from friends and family. 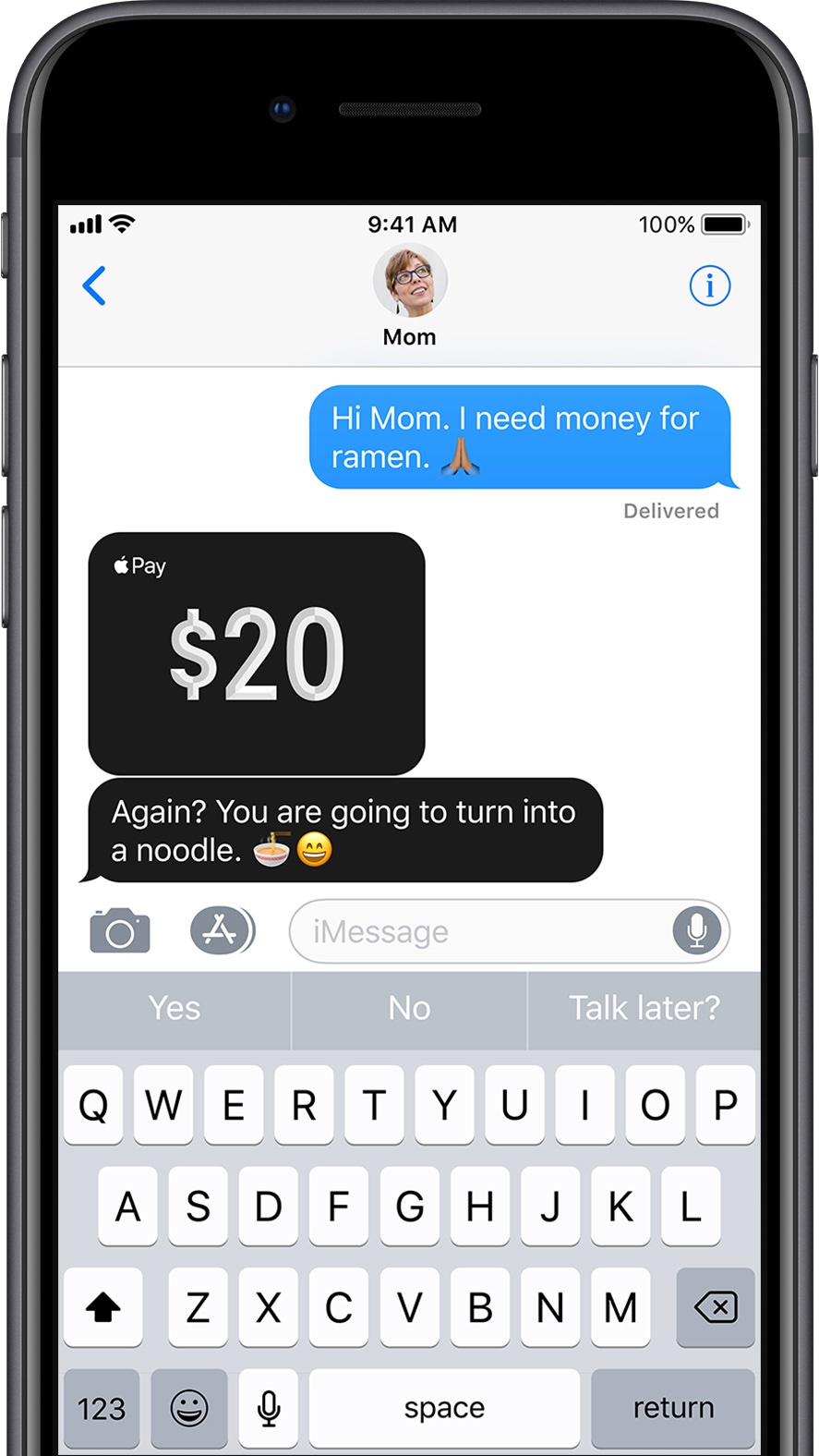 You’ll use this feature from within the Messages app, no extra steps or apps needed, or tell Siri to pay someone. You’ll need set up Apple Pay on your device, meaning the peer-to-peer payment solution won’t be available in markets where Apple Pay isn’t supported.

The system relies on Green Dot Bank and uses your credit and debit cards in the Wallet app to fund transfers. And when you get paid, you’ll receive the money in the form of an Apple Pay Cash virtual card in the Wallet app that can be used for iTunes and App Store purchases, as well as in apps and on the web where Apple Pay is supported.

Of course, customers can also withdraw the funds to their bank account. For security reasons, Apple Pay Cash may require some sort of photo ID verification.

Sending money to someone using a credit card will incur a three percent fee, which is standard among similar services and necessary to cover credit card transaction costs. To avoid the fee, you can use a debit card in the Walled app to fund the payment.

Will you be using Apple Pay Cash when it arrives?