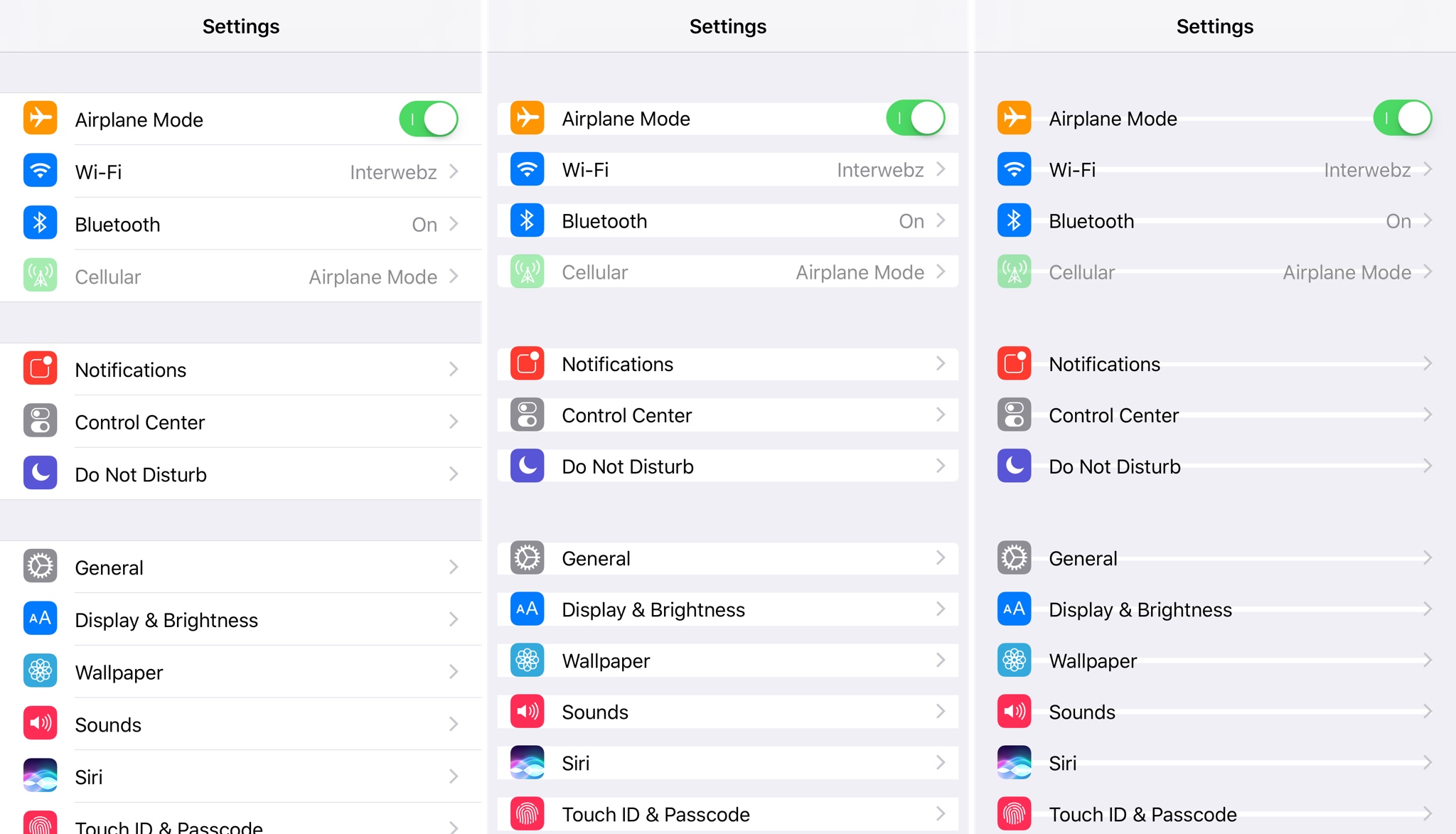 CustomSettingsCells is a new free jailbreak tweak by iOS developer CydiaGeek that lets you customize the thickness of all your preference cells in the Settings app.

As shown above, the tweak comes with multiple different thickness settings to pick from, depending on which one tickles your fancy the most.

After installation, CustomSettingsCells adds a preference pane to the Settings app where you can configure the tweak: 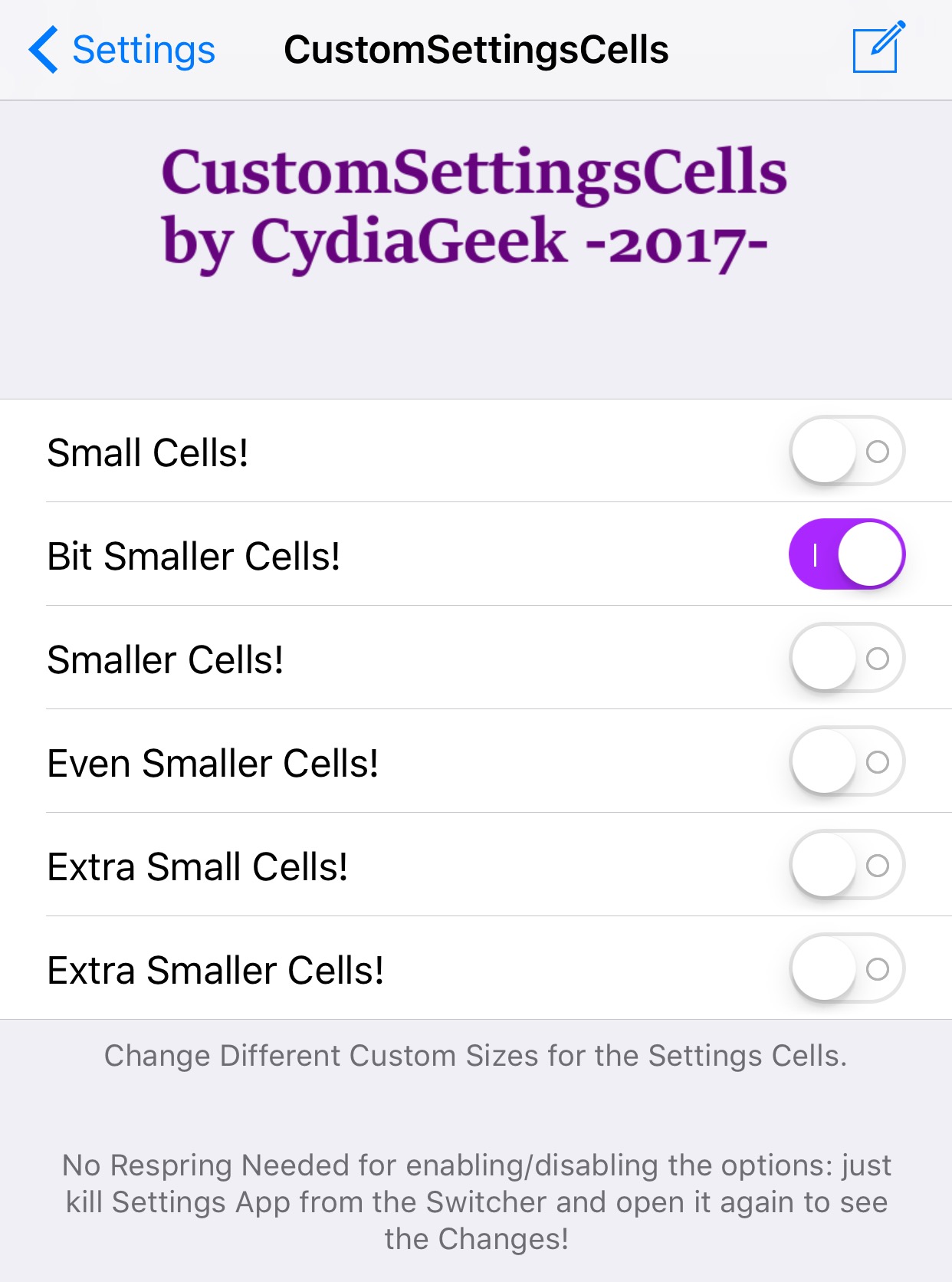 Here, you can choose between a plethora of different options, including:

Saving your choice requires that you close the Settings app from the App Switcher and restart it again, but no respring is required.

It’s possible to create some unique effects with the CustomSettingsCells tweak, but I’ll admit right off the bat that not everyone will like the way it looks. If you do, you can download the tweak for free from Cydia’s BigBoss repository, and it works with all jailbroken iOS 8, 9, and 10 devices.

Are you a fan of the shrunken-down Settings app cells? Share what you think about the tweak in the comments below.