Among the handful of changes iOS 11 brings to the table is a redesigned video player that looks more streamlined. Unfortunately, those with a jailbreak right now are hesitant to upgrade to the major software update launching this Fall.

If you’re in the same boat and wish your video player looked how it does in iOS 11 without needing to upgrade, then you’re in luck. iOS developer LaughingQuoll just released another piece of his Eleven jailbreak tweak suite dubbed VideoPlayerXI (iOS 10) that migrates the look and feel of iOS 11 video player to jailbroken iOS 10 devices.

Above, you can see the stark differences between the new and old video players. The newer interface undoubtedly looks more modern, but some might still remain partial to the older interface because they’ve grown accustomed to seeing it so much.

After you install VideoPlayerXI, you can test the tweak out by playing a video from almost any app. All native apps like Safari and Videos are supported, as are a plethora of third-party apps. Not all third-party apps use the same video player interface, so it’s worth nothing that your experience may vary depending on what you’re using.

VideoPlayerXI will activate a new preference cell under the Eleven preference pane in the Settings app: 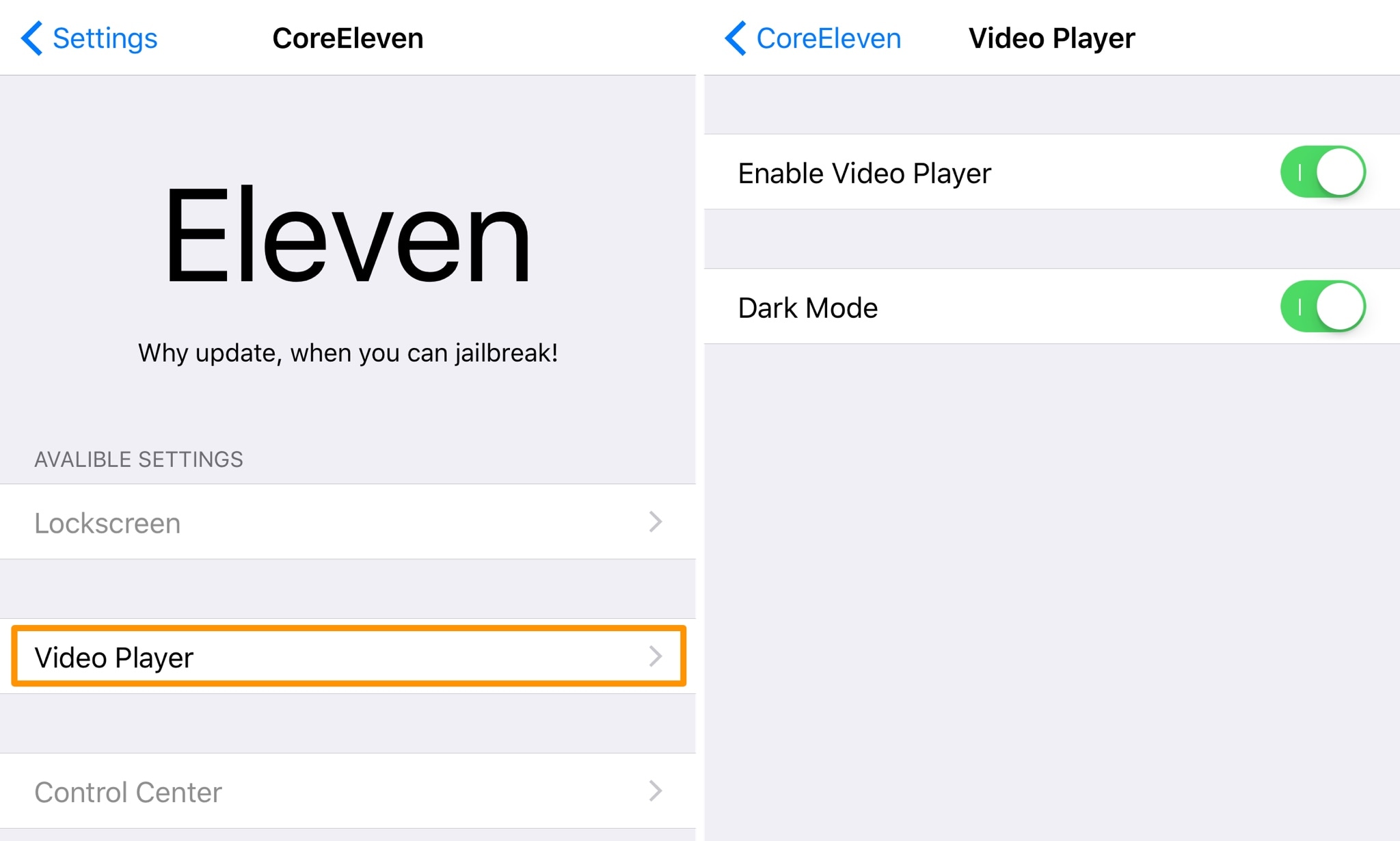 Here, you can enable or disable the tweak on demand and choose between a dark or light mode for the video player. To see the differences between the dark and light modes included with VideoPlayerXI, you can refer to the illustration below:

VideoPlayerXI is a slick replica of the iOS 11 video player, so if you’re in the market for jailbreak tweaks that bring iOS 11-esque features to your jailbroken iOS 10 device, then this one’s for you.

VideoPlayerXI (iOS 10) is a free download from Cydia’s BigBoss repository; anyone can give the tweak a try without any strings attached.

Do you like the new video player style coming in iOS 11? Share why or why not in the comments section below!

Other tweaks inspired by iOS 11