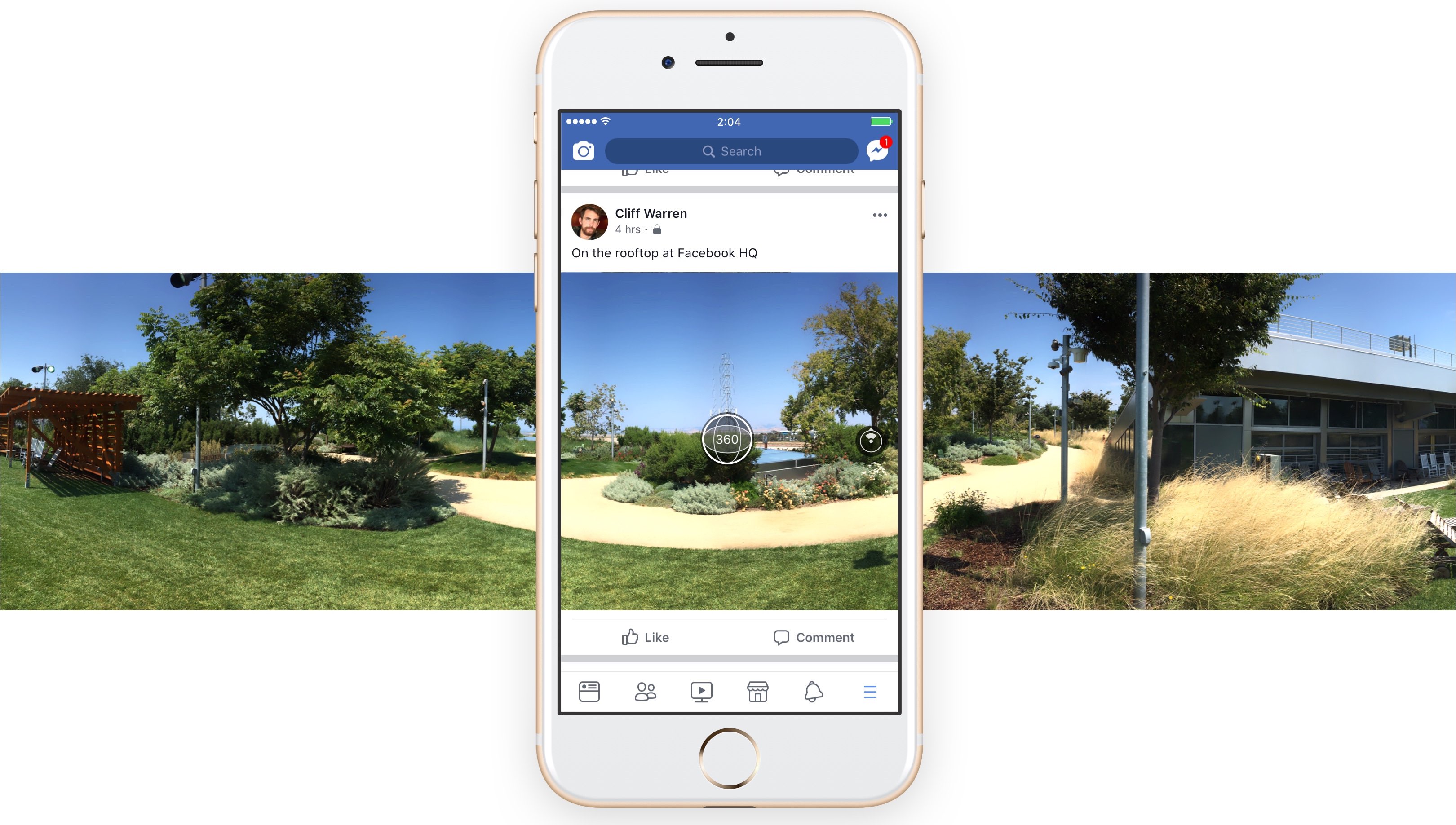 Facebook’s mainland mobile app for iPhone and iPad is being updated later today with the ability to take 360-degree photos, publish them on the service like you would regular images and even set panoramic shots as your profile’s cover photo, TechCrunch has learned.

Though Facebook has supported panoramic photos taken with the stock Camera app for some time now, today’s update lets you snap 360-degree photographs from within the app.

To take a panoramic image, launch the mobile Facebook app and tap a new 360 Photo option from the top of your News Feed where you update your status.

Now tap the blue shutter button and follow the onscreen path from start to finish until you’ve taken a complete panorama. Upon taking a 360-degree photo, you can choose your preferred starting view within the image for display when it’s been posted to the service. 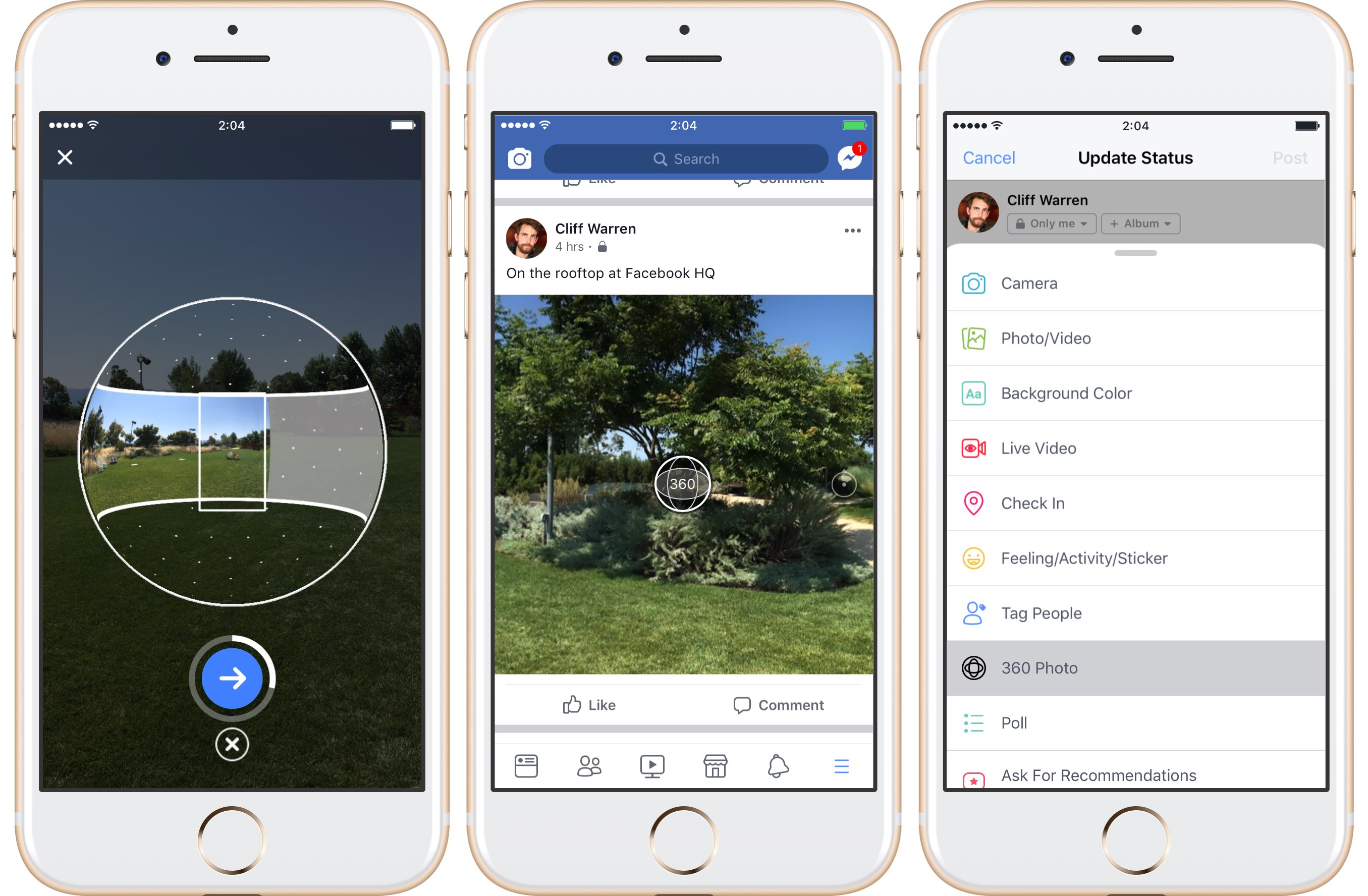 Panoramic photos can be added to groups.

When shared on Facebook, 360-degree photos can be panned around, zoomed and more. As I mentioned, panoramic shots (from any source) can now be set as your profile’s cover photo.

This is a staggered release for iOS and Android users so check back in a few days if the new 360 Photo option has not yet appeared within the mobile app for you.

Facebook for iOS is available free on App Store.