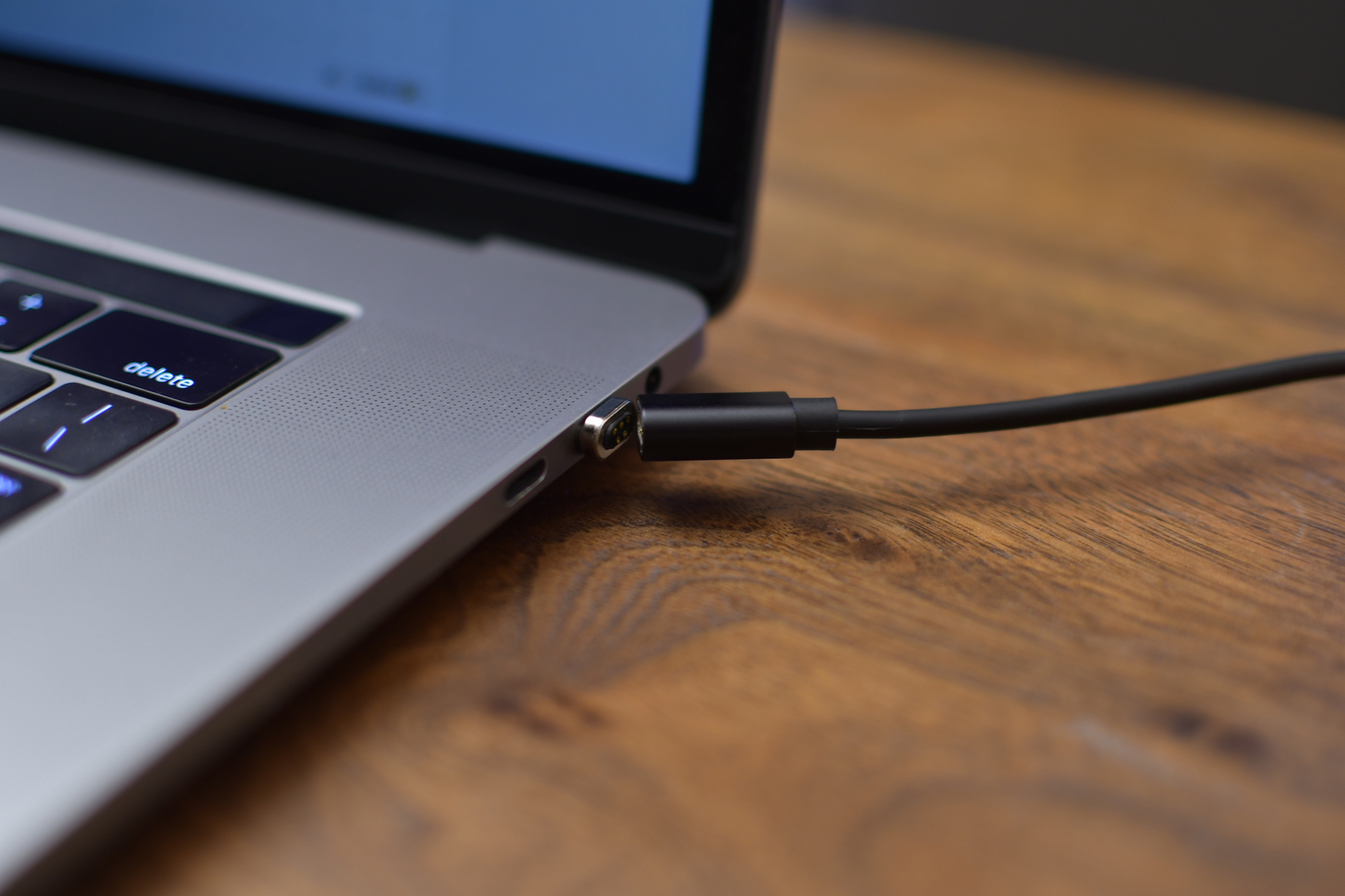 Removal of MagSafe from the latest round of MacBooks and MacBook Pros was one of the most controversial changes. MagSafe was life saving when someone inadvertently tripped over your power cable. Preventing your $1,000+ machine from toppling to the ground.

USB-C has quite its list of advantages, but it was still a difficult design decision that still angers people to this day. Vinpok is looking to remedy that with their launch of the Bolt-S USB-C magnetic cable for MacBook and MacBook Pro.

The cables themselves are made well. The ends are crafted from anodized aluminum in matte black, or silver. Both ends are USB type-C, but only one of them has the detachable magnetic tip. The fixed end has a bolt emblazoned on it, while the other sports the Vinpok logo. The cable is surprisingly thin and flexible, doing a good job of holding up to the included USB-C cable from Apple.

We’ve seen other magnetic USB-C cables in the past but they had two glaring issues. Firstly, the adapter would stick out an inordinate amount. Secondly, they weren’t capable of outputting enough wattage to charge the largest MacBook Pros at full speed. The Bolt does its best to fix both of these issues. While still not perfect, they do a great job. The adapter still sticks out of your machine, but only a few millimeters. Definitely something I can live with. It’s also capable of up to 86 watts of power, which is just 1 watt shy of charging at the maxed out speed on the 15″ MacBook Pro.

With any cable like this, there are still annoyances to put up with. To start, while the adapter itself can be inserted in either orientation, the magnet is only capable of connecting one way. That can make it slightly annoying when trying to connect it and it keeps pushing it away. Granted, the solution is just turning it around, so I’m really just nitpicking here.

The other annoyance is the fact you have to have an adapter at all. Obviously in an ideal world, you wouldn’t need to sacrifice a USB port to charge your machine. This is more of an issue on the MacBook. Since it only has one single port, you would have to remove it if you needed to plug in any other I/O. Since the Pro’s have four ports, it’s not much of a big deal. You can choose the one you use most and stick with it.

Even though USB-C is capable of all sorts of fun things, the Bolt-S is solely meant for charging. So it won’t transfer data or output video. There is also this big scary warning on the side of the box, letting you know not to connect and disconnect the Bolt repeatedly. When I inquired about this warning, they said that it had the possibility of damaging your cord or your machine. The idea is, you can very quickly connect/disconnect the magnet. It’s nearly impossible to plug in a cord and remove it quite that fast. The rapid change of voltage can trigger the computer to go into a safety mode, or hurt the cable itself, and they saw the same issues if you did this with Apple’s stock cable. They say this could just happen when someone first receives the cable. It’s kind of fun to play with the magnet, and you may find yourself doing it without even realizing it. 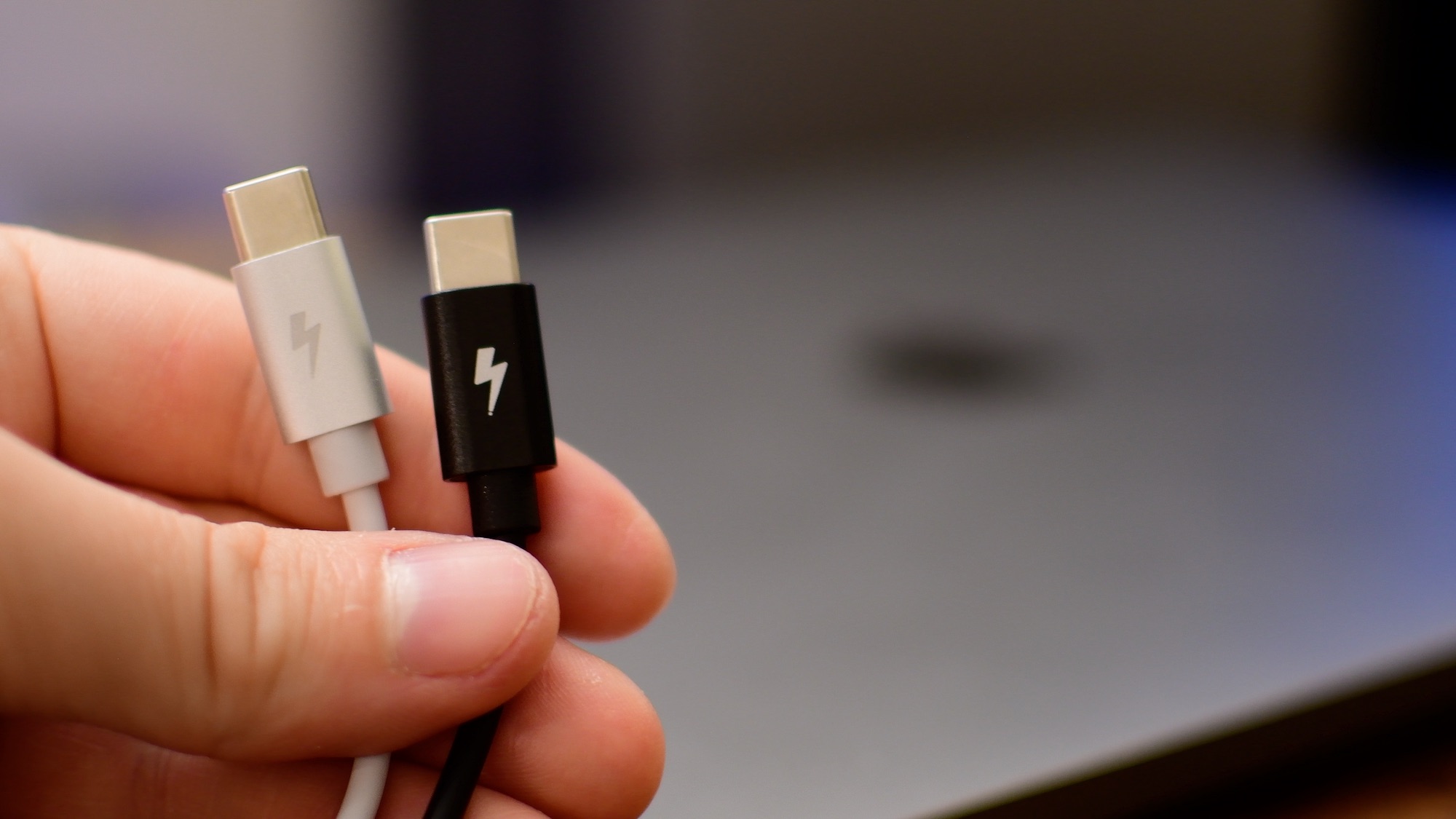 I really haven’t missed MagSafe all that much since I upgraded to the 2016 MacBook Pro. I’ve found the cable removes itself easily enough and the added advantages have overweighed the downsides. That said, the Bolt-S is the closest yet to bring MagSafe back. If I still has a Retina MacBook, there is no way I would leave the adapter in my one USB port at all times, but on the MacBook Pro, I can easily see using this. It’s also handy to have a couple of these cables. They are far cheaper than MagSafe was, since you just replace the cord instead of the whole power brick.

If you’ve been longing to bring back MagSafe, you can currently back the Bolt-S over on Indiegogo.