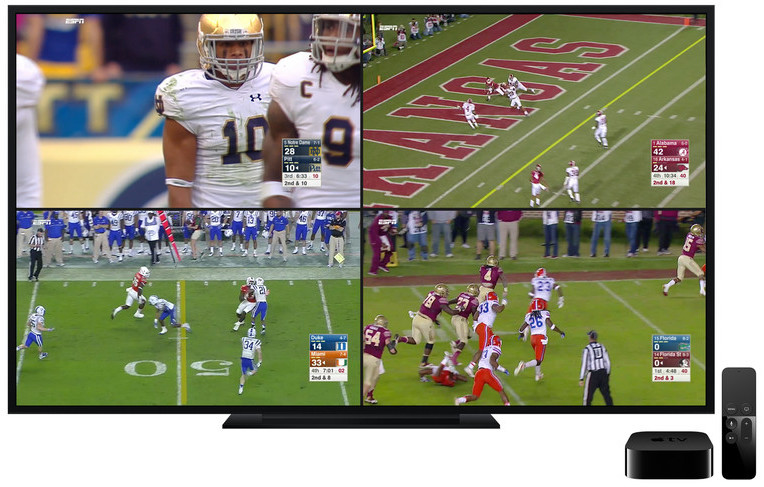 You can now watch up to four live sporting events simultaneously on your television through ESPN’s updated app for the fourth-generation Apple TV that’s rolling out today.

According to Recode on Wednesday, the multicast feature permits users to select anything offered through the app, be it real programming or digital-only streams.

For instance, you could simultaneously watch two NFL games, an MLB postseason game and an NBA game. Different screen layouts can be swapped out easily, with one of the available configurations putting a large stream on the left alongside three smaller streams on the right.

As we recently reported, Disney is planning to launch its own video-streaming services starting with an ESPN service in early 2018 that will offer about 10,000 sporting events each year and content from the MLB, NHL, MLS, collegiate sports and tennis’ Grand Slam events.

The refreshed ESPN app will be rolling out as a free update today in the United States.