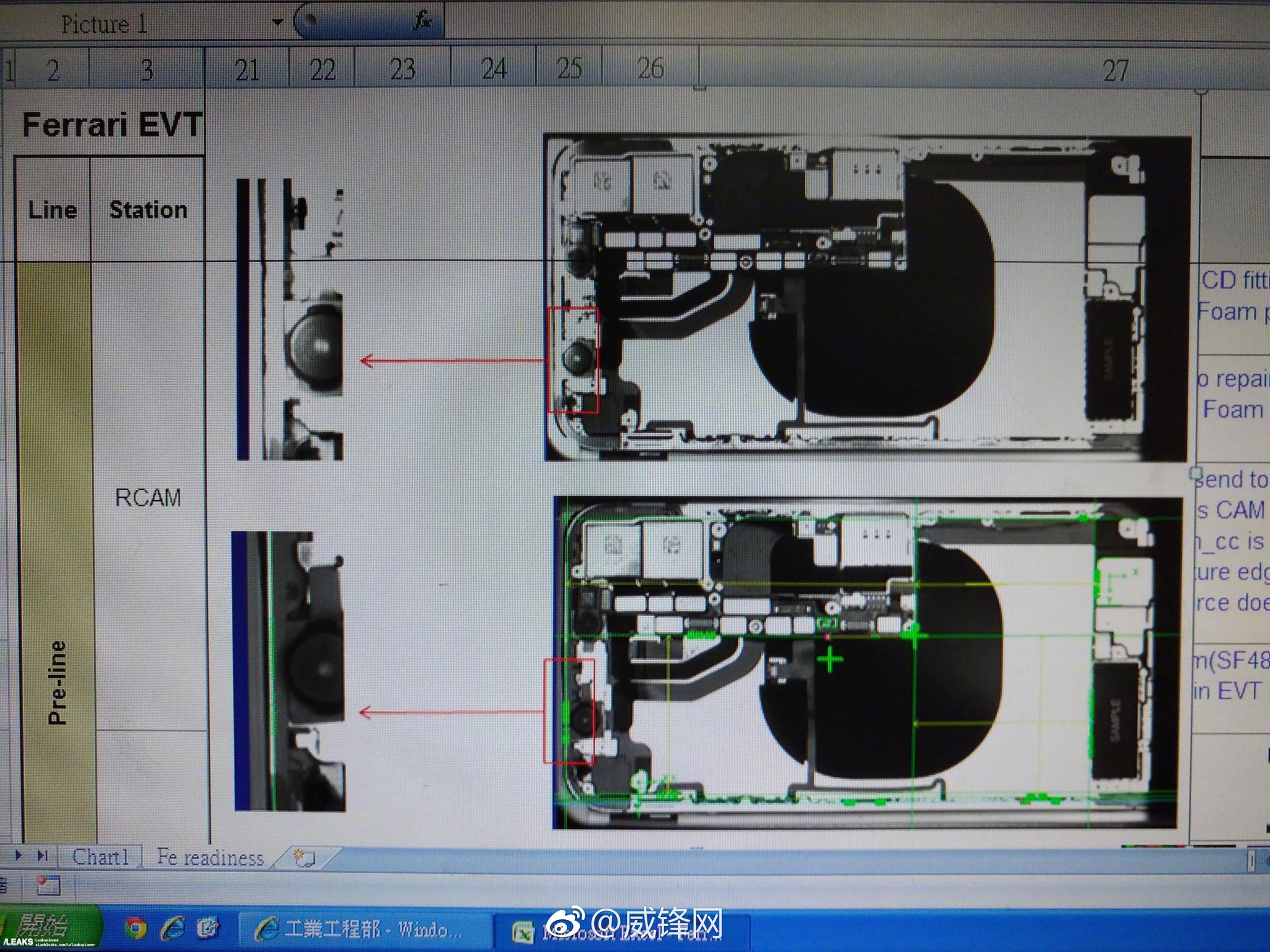 Apple’s flagship iPhone 8 model is said to support wireless charging and use a stacked logic board design to make room for an L-shaped battery, with purported new images of alleged production designs taken by a Foxconn employee depicting those purported components.

Harvested from Chinese social media, the photos were re-posted to SlashLeaks.

The black spot seen on the photographs apparently shows off engineering layout for the device’s inductive wireless charging coil, which some claim would require a standalone wireless charging mat (sold separately) and the iOS 11.1 software update.

Predictably, there doesn’t appear to be a headphone jack at the bottom.

Other interesting findings that  can be gleaned from the photos: a dual-lens rear camera, a stacked logic board design and possible new 3D sensors for the front-facing camera. 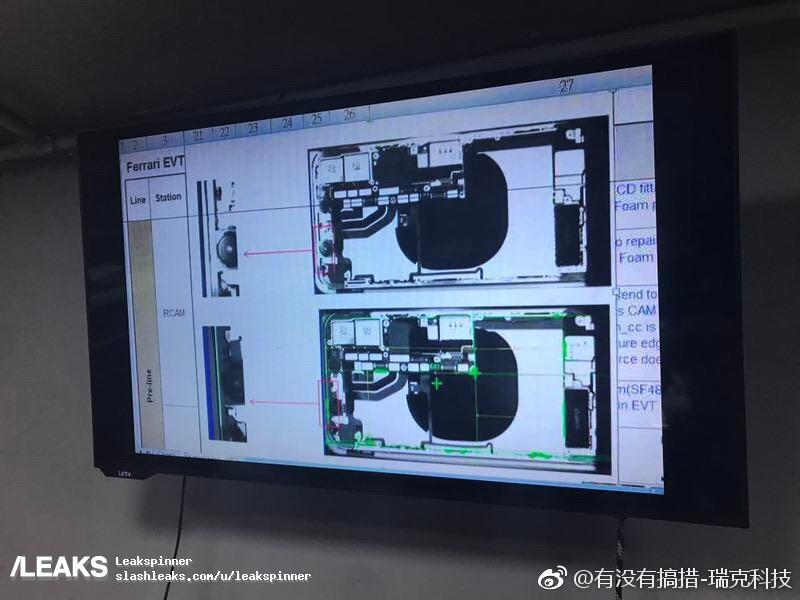 The photographs were apparently taken by a Foxconn employee during an EVT stage.

EVT, or Engineering Verification Test, is an early-stage manufacturing phase performed on first engineering prototypes, to ensure that any design problems are identified and solved as early as possible. Since iPhone 8 recently entered volume production, the images you’re seeing were taken a few months ago and as such should be taken with a grain of salt. 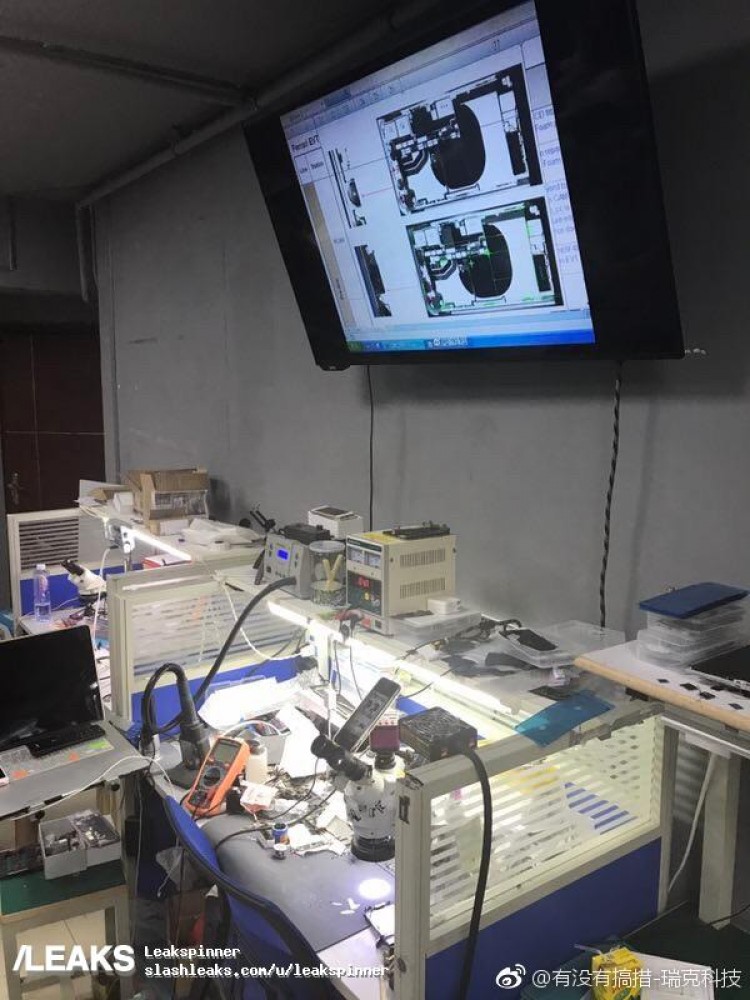 Perhaps adding to the authenticity of the photographs is the “Ferrari” code-name for iPhone 8 which was first mentioned by AppleInsider back in December 2016.

The publication said the three iPhone models destined for release in 2017 were internally designated “D20“, “D21” and “D22” during development. Curiously, the recent inadvertent release of an unredacted build of HomePod’s version of iOS contains references to unreleased devices, confirming that the premium edge-to-edge iPhone 8 model is designated “D22”.