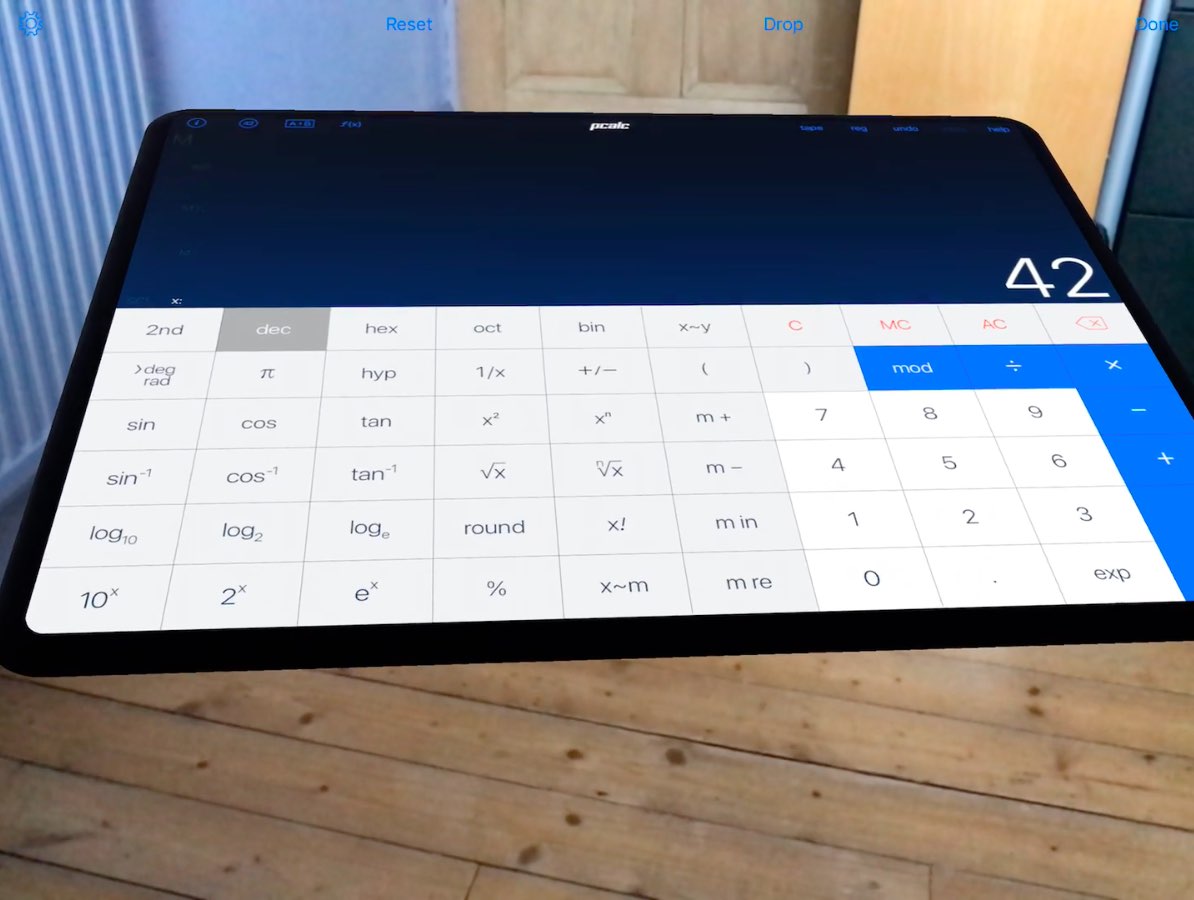 If the awesome ARKit-powered measuring tape hasn’t knocked your socks off, how about PCalc, the best scientific calculator available on App Store, in augmented reality?

Yes, we’ll be the first to admit that the very idea of an augmented reality calculator is a bit silly because who in their right mind would want to perform complex calculations by interacting with a huge virtual object placed on a tabletop or kitchen floor in their real world?

Appropriately enough, the video quotes the line by the character Dr. Ian Malcolm (played by Jeff Goldblum) from the original Jurassic Park film: “Your scientists were so preoccupied with whether or not they could, they didn’t stop to think if they should”.

Without further ado, have a look at an ARKit-powered PCalc.

This is running completely live and all the buttons do really work.

I was euphoric when developer James Thompson nonchalantly revealed that you can use both the main calculator and all the mini calculators because they’re all perfectly synchronized.

It’s amazing that he was able to build this with just a few weeks of learning ARKit!

By the way, positioning the calculator object vertically with ARKit is finicky and plane detection is a bit on the slow side due to a hack James is using to interact with UIKit inside of SceneKit.

The best bit: an ARKit-enhanced build of the PCalc app is up on Apple’s TestFlight now!

Wanna play with it on your iOS 11-enabled iPhone or iPad? Email James at pcalc@dragthing.com and when he adds you, download the build via Apple’s TestFlight app.

To activate the ARKit mode in the app, go into the settings interface, then tap Help → About.

PCalc for iPad, iPhone and Apple Watch is $9.99 on App Store.