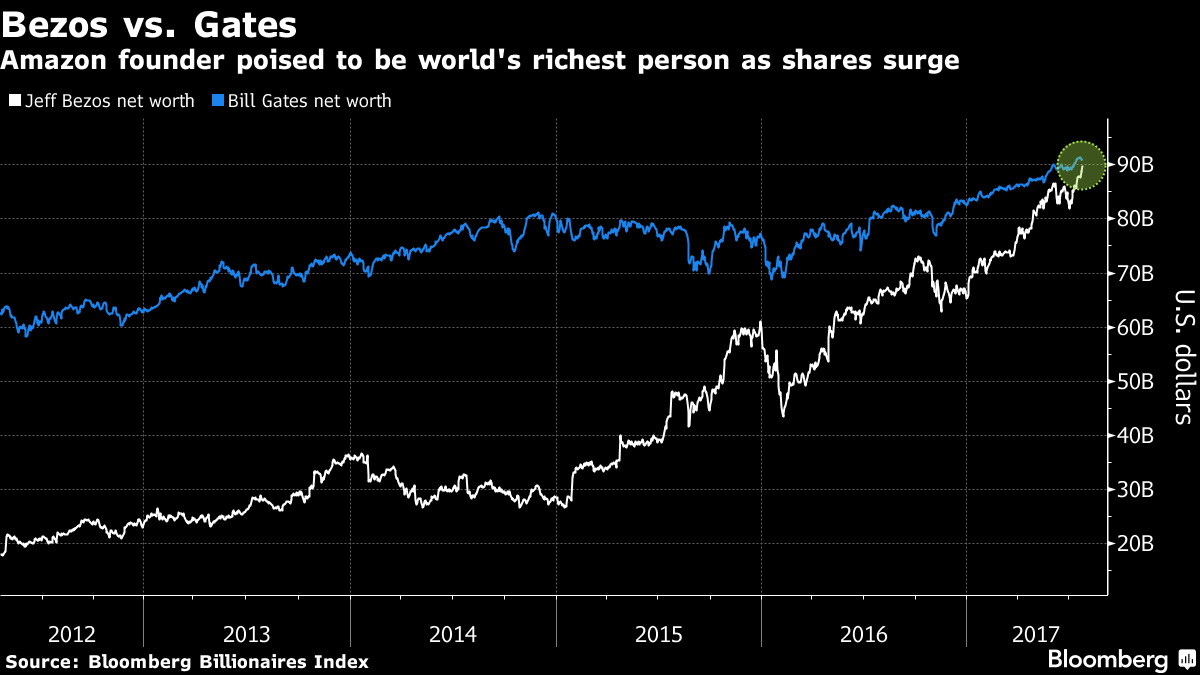 Jeff Bezos, co-founder and CEO of Amazon, has managed to surpass Bill Gates on Thursday morning to become the world’s richest person in terms of net worth.

According to Bloomberg’s Billionaires Index, Bezos’s net worth has climbed more than $1 billion in intraday trading thanks to a surge in Amazon shares Thursday morning in advance of the company’s earnings report.

It was enough to propel Bezos past Bill Gates as the world’s richest person. Bill Gates has held the top spot on Bloomberg’s wealth index since 2013.

The company has surged 40 percent this year through Wednesday, helping to add $24.5 billion to Bezos’s net worth. Bezos owns about seventeen percent of Amazon.

At the start of 2017, the Amazon CEO was the world’s fourth-wealthiest person and has since leapfrogged Inditex SA founder Amancio Ortega, who ranks third with $82.7 billion, and Berkshire Hathaway’s Warren Buffett, who ranks fourth at $74.5 billion.

Amazon is expected to post quarterly revenue of $37.2 billion, a 22 percent jump from a year earlier, according to the average estimate of 34 analysts surveyed by Bloomberg, and earnings per share of $1.42.