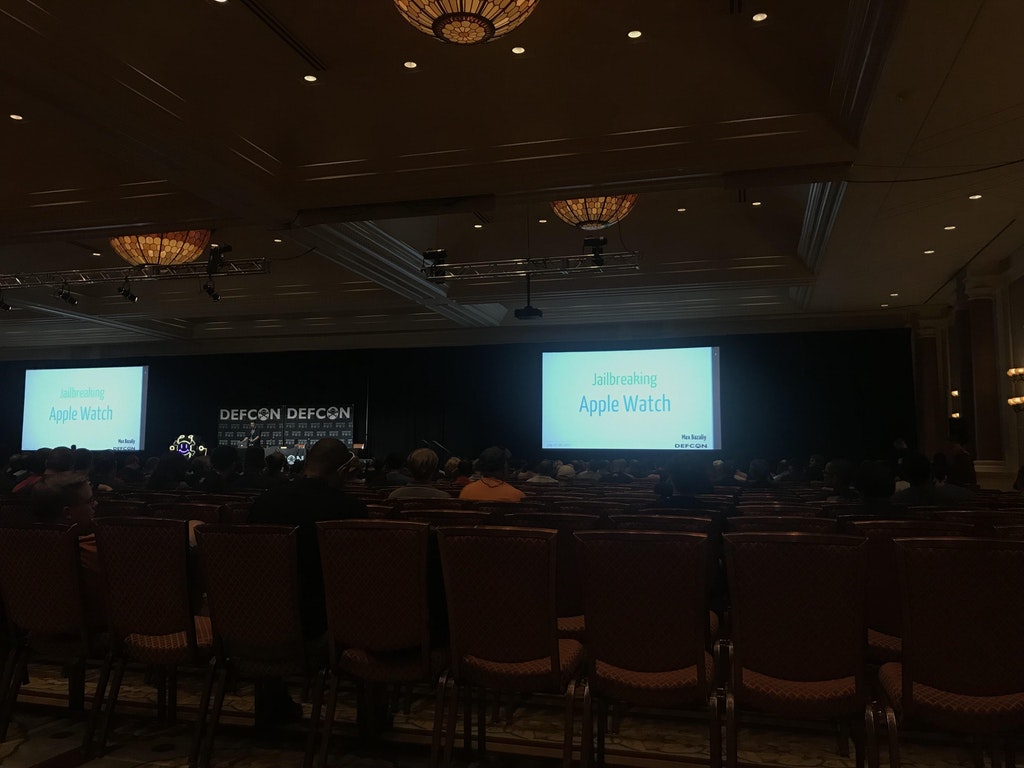 Jailbreaks have been around on iOS devices for years, but now the Apple Watch is finally getting the spotlight.

While it’s not the first time that we’ve seen the Apple Watch get hacked, it appears to be the first actual ‘jailbreak’ demonstration on the device to date.

It’s hard to say what might be possible on a jailbroken Apple Watch so early on in the concept, but it does appear to include full support for SSH connections, which means the user could modify system files on the Apple Watch from a remote device.

From the presentation, it becomes apparent that the Apple Watch jailbreak is attuned to developers, allowing access to sensitive information and enabling tools like Frida and Radare to run on the device.

According to slides from the presentation, “sensitive data” can be clarified as the following:

With its limited hardware, the chances are that a jailbroken Apple Watch would only be capable of minimal modifications without slowing down to a crawl. Tweaks for the Apple Watch would need to be lightweight; otherwise, they could potentially render the device unusable.

We can’t imagine Cydia would make it directly onto the Apple Watch. If it ever included support in the future, it would likely work similarly to the Apple Watch’s dedicated App Store – remotely controlled from the iPhone you’ve paired it with.

Whether an Apple Watch jailbreak seems practical is a moot point, but it appears to be a goal hackers are already working towards.

Bazaliy’s watchOS 3 jailbreak appears to be a private; no indication of a public release is hinted at this point in time. Nevertheless, it’s sure to hype up the next generation of jailbreaking.

Would you ever jailbreak your Apple Watch? Share why or why not in the comments section below!