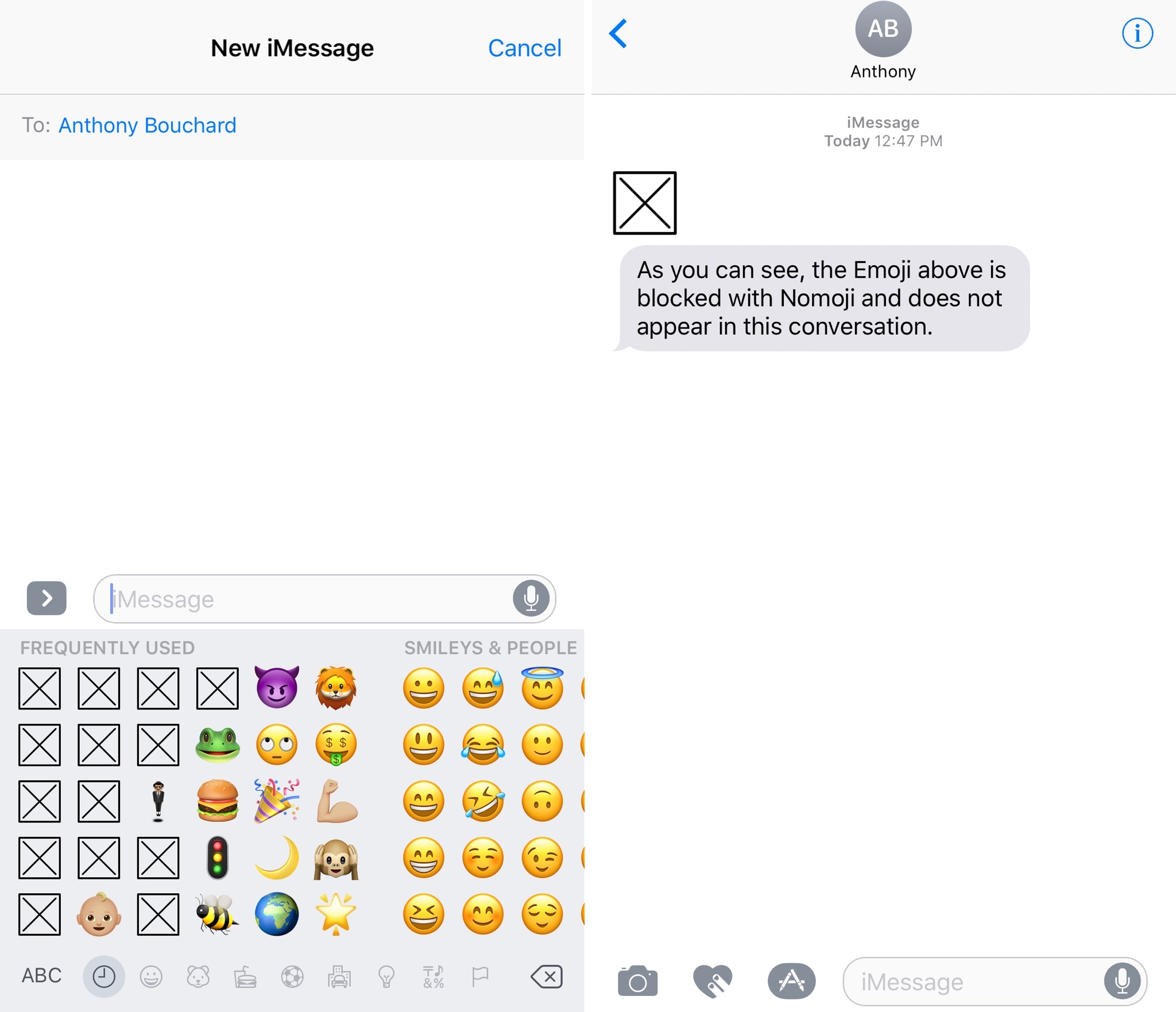 We’ve seen jailbreak tweaks that let you designate favorite emojis, but none so far that allow you to block emojis you don’t like seeing from appearing in apps.

If you dislike certain emojis, or a friend of yours uses them too often in messaging or social media, then a new jailbreak tweak called Nomoji by iOS developer PoomSmart will come in clutch.

This tweak adds an emoji blacklist option to your device that hides any of the listed emojis from view, as shown above.

Nomoji adds a preferences pane to the Settings app where you can toggle the tweak on or off on demand and choose your blacklisted emojis: 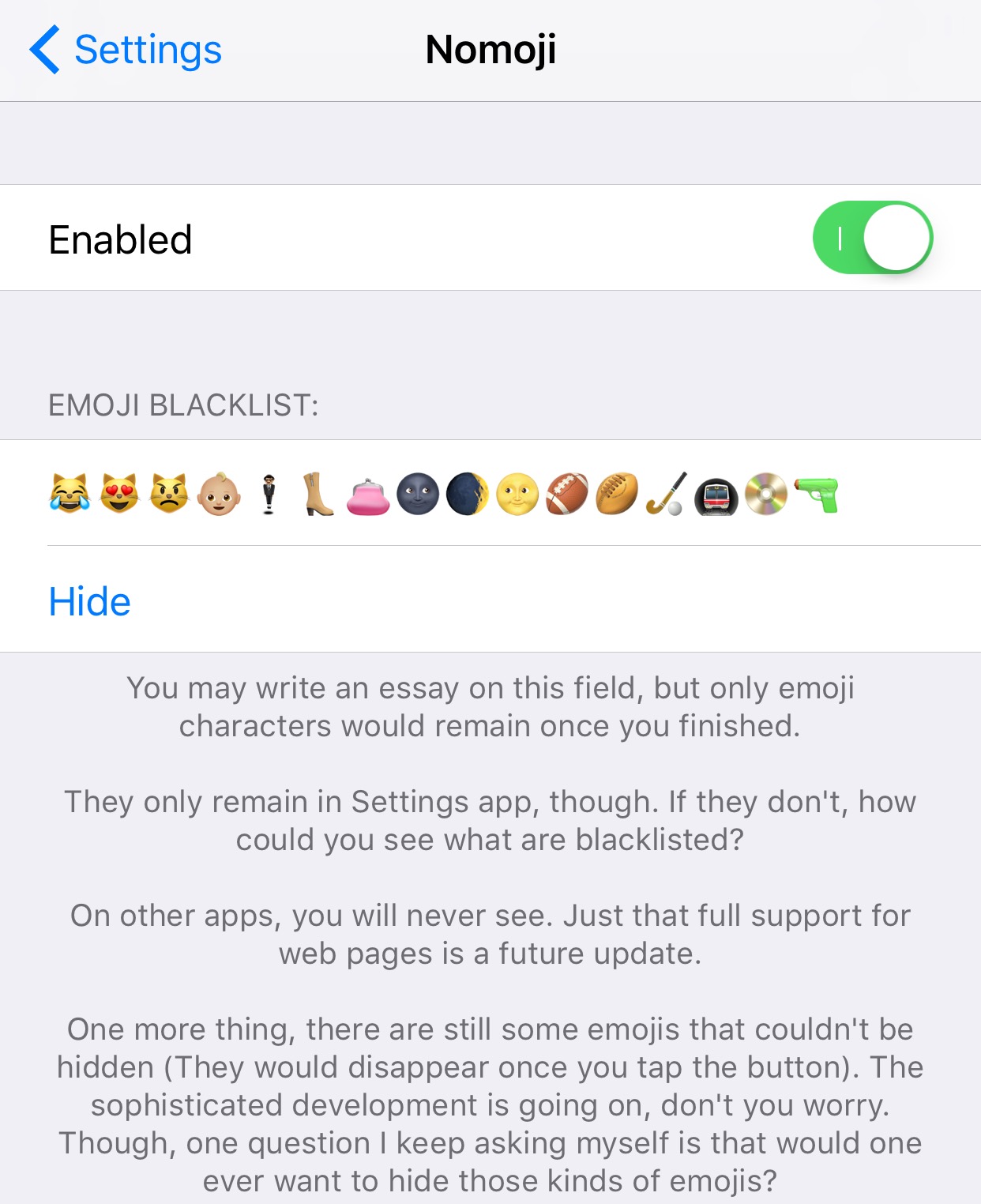 You can add as many emojis as you want to the blacklist. Blacklisted emojis are visible in the Settings app for reference purposes but are hidden from every other app you try to access them from in iOS. When you add emojis, changes will take effect immediately without the need to respring.

Unfortunately, the tweak doesn’t come without a few caveats, which include:

Nevertheless, the tweak is work in progress and given the reputation of the developer who’s behind it, we’re likely to see some solid improvements soon.

If you’re interested in trying Nomoji, you can download it for $1.00 from Cydia’s BigBoss repository. The tweak is intended to work with all jailbroken devices running iOS 6-10.2.

Do you have a reason to block certain emojis from appearing? Share why or why not in the comments section below.