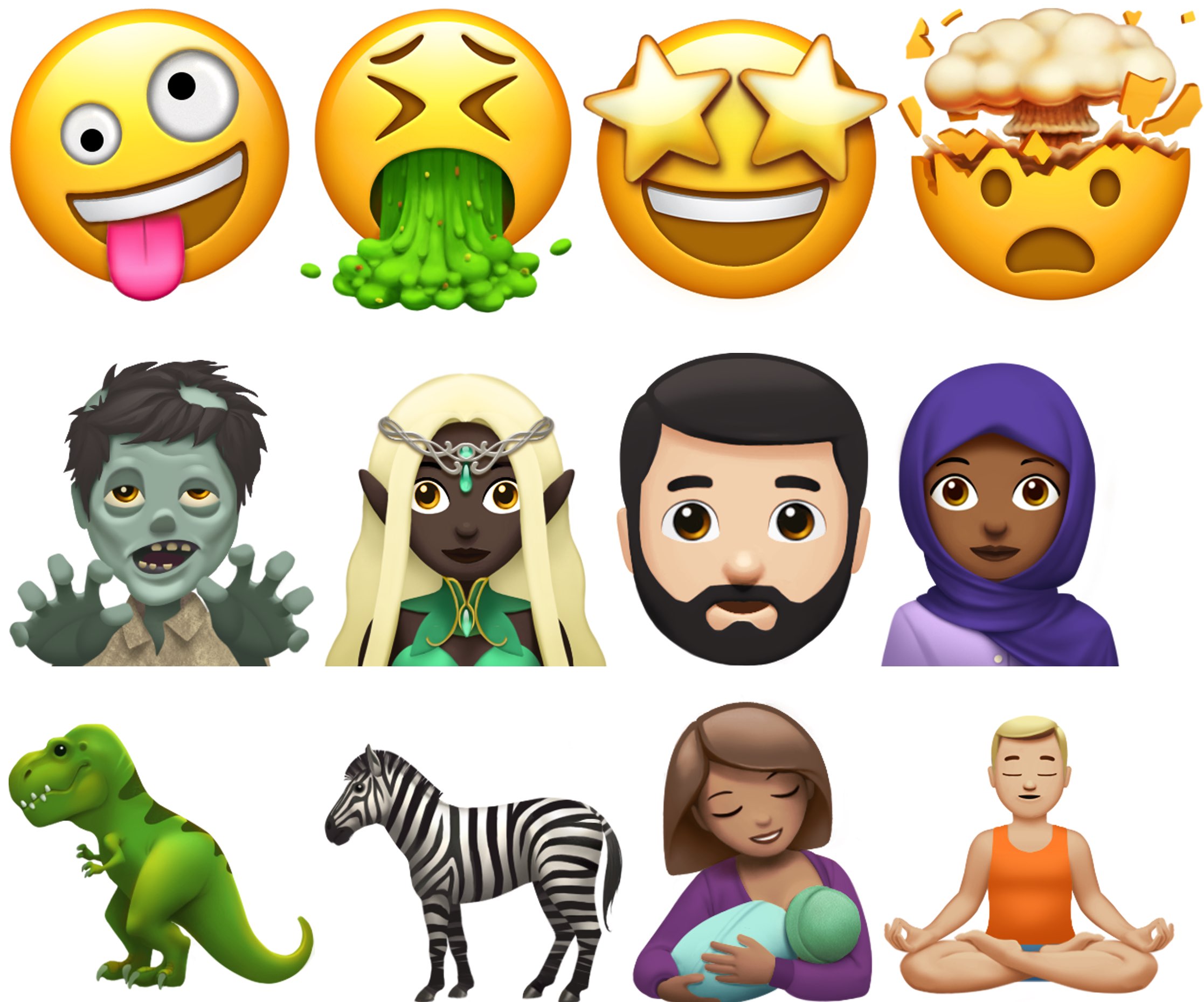 They include a woman with a headscarf, a bearded person and breastfeeding, as well as various new food items such as sandwich and coconut.

The aforementioned emoji are coming to iOS, macOS and watchOS later this year as part of the 56 new emoji recently unveiled by the Unicode Consortium.

Also in celebration of World Emoji Day, App Store will be highlighting apps to create or do fun things with emoji. iTunes Movies is already featuring emoji in place of select movie titles. The new emoji should be delivered via point updates to iOS 11, macOS High Sierra and watchOS 4.