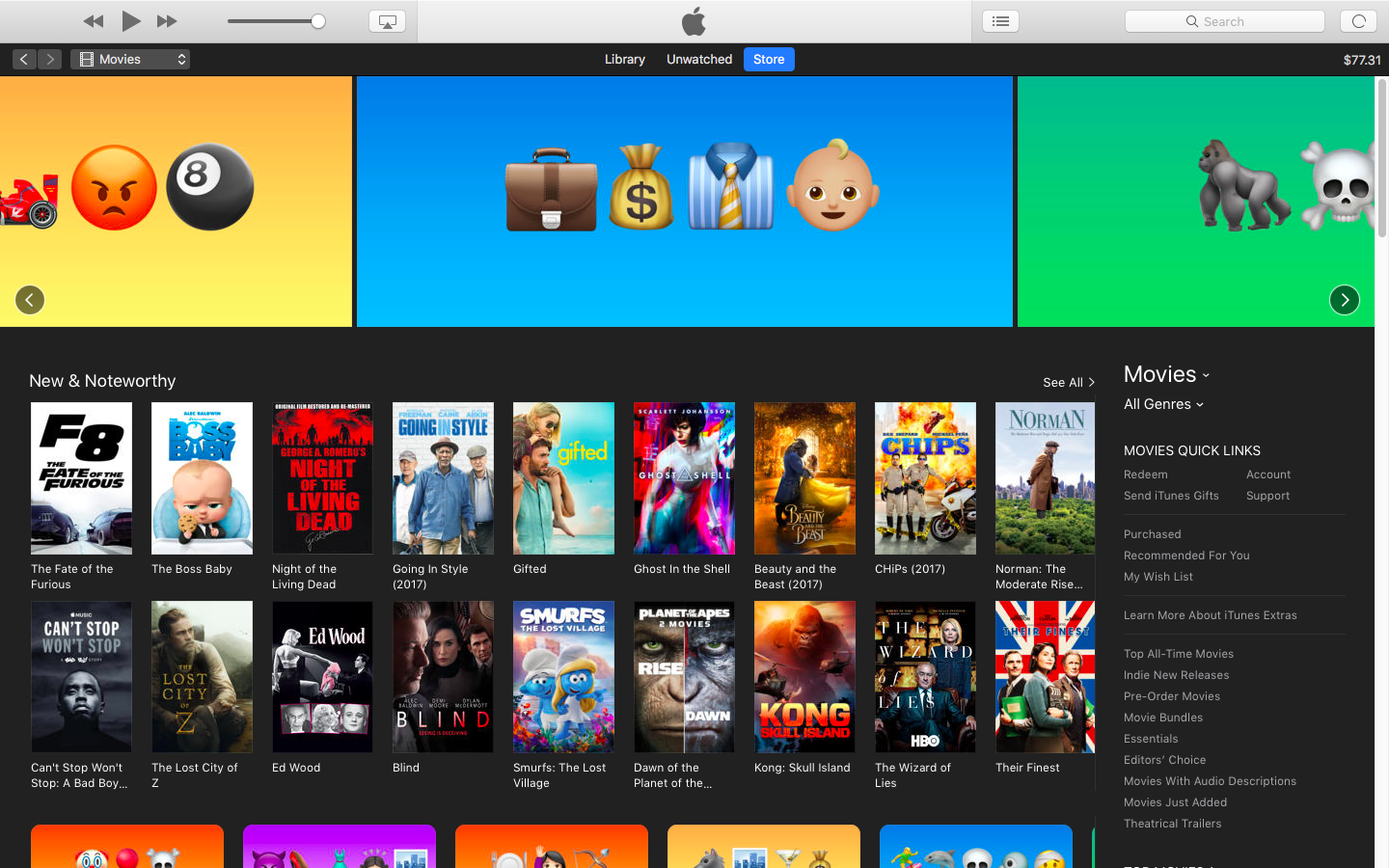 Apple has joined the festivities by taking over the rotating carousel on its iTunes Store for movies with a bunch of emoji-themed banners. These have replaced standard movie banners for popular flicks such as Stephen King’s “It” remake, “Kong: Skull Island”, “Get Out”, “Arrival”, “Logan”, Disney’s action-film remake of “Beauty and the Beast” and more.

Apple has not discounted the movies promoted with emoji banners.

Because this date is famously displayed on the iOS Calendar Emoji, which is the date that iCal for Mac was first announced at MacWorld Expo in 2002. The Calendar emoji was approved as part of Unicode 6.0 in 2010 and added to Emoji 1.0 in 2015.