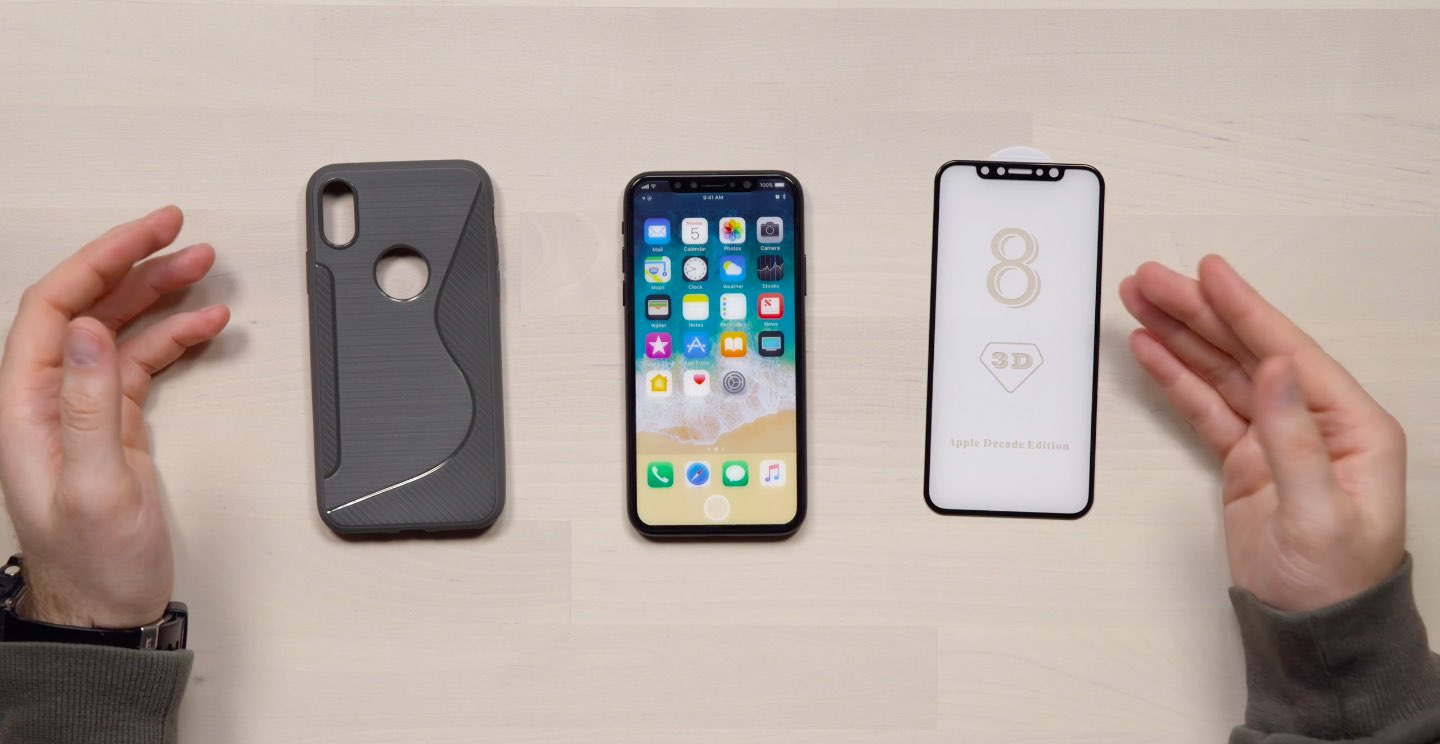 YouTuber Unbox Therapy got his hands on the most comprehensive CNC-machined iPhone casing “I’ve ever seen”, offering a look at the handset’s screen to body ratio and other features.

According to trusted Apple analyst Ming-Chi Kuo of KGI Securities, Apple’s flagship 5.8-inch OLED iPhone will have the highest screen-to-body ratio of any smartphone currently available.

According to the YouTuber:

iPhone 8 represents a very important device for Apple. In a market where smartphone prices are dropping rapidly companies like Apple and Samsung have to work much harder to convince customers that their products are worth the cost premium.

Some will say that Apple has copied Samsung in the design of the iPhone but I think the race for maximum screen to body ratio was inevitable for smartphone vendors. Current speculation puts this iPhone 8 design at the top in those terms.

There’s no other phone currently available that has this much screen in a body this size.

Prior rumors alleged that iPhone 8 would switch from a 16:9 to an 18:9 display, resulting in a 2:1 aspect ratio that would make the screen appear taller and perhaps slightly narrower than the screens on existing iPhone models.

The 18:9 aspect ratio has been popularized by the latest phones from Samsung and LG with displays that are taller than the 16:9 ratio used by the majority of smartphones.

Current speculation—supported by the CNC-machined iPhone 8 model in the video and analysts—appears to indicate the lack of a Touch ID fingerprint scanner.

It’ remains unclear, however, if Apple might decide to opt for an advanced facial recognition unlock system similar to Samsung’s Galaxy S8 as a Touch ID replacement.

According to KeyBanc Capital Markets analyst Andy Hargreaves, iPhone 8 could launch without Apple Pay support unless the Touch ID situation is resolved in a timely manner.

“We do not believe facial recognition would be initially qualified as an acceptable verification method for Apple Pay,” said Hargreaves.

He explained that the solution wouldn’t work without clear line of sight to your face and, which could pose problems for customers using their iPhone 8 to pay with Apple Pay at stores.