Apple is expected to change iPhone’s screen aspect ratio from 16:9 on iPhone 7 to 18:9 on iPhone 8, according to multiple reports. Economic Daily News said today that the device’s screen ratio will change to 18.5:9 instead of the previous 16:9.

18.5:9 accounts for the rumored curvature of iPhone 8’s OLED display: the phone’s active display area is understood to be 5.1 or 5.2 inches in the precise 18:9 aspect ratio.

Yesterday, DigiTimes said that Apple is expected to unveil a new iPhone in the second half of 2017, equipped with a 5.8-inch AMOLED panel in the—you guessed right—18:9 aspect ratio.

Aspect ratio is the relationship between the height and width of a display. In simpler terms, a 16:9 screen has 16 pixels in one direction for every 9 pixels in the other. The most common aspect ratios are 4:3, popularized by older TVs, and 16:9 found on widescreen ones.

18:9 has been popularized by the latest phones from Samsung and LG, which have screens that are taller than the 16:9 ratio used by the majority of smartphones.

It looks like the 18:9 screen aspect ratio is here to stay, but what’s so special about it?

Mockup of iPhone 8 with Full Vision Display, via iFanr.

For starters, the 18:9 screen aspect ratio (you could just call it a 2:1 display) results in a display that’s a little bit taller than a typical 16:9 screen. As a result, an 18:9 phone may provide a better grip than its 16:9 counterpart.

As a bonus, 18:9 is perfectly suited for Split View multitasking that Apple is expected to bring to iPhone with iOS 11. More importantly, on an 18:9 screen you can have one app on top of another in portrait mode. In the Camera app, as an example, you might be able to take a square photo on half of the screen and review it on the other half.

18:9 screens also show more content vertically so users see more of a webpage in Safari, additional images in their Instagram feed, more tweets and so forth, without scrolling.

On the downside, a majority of HD videos today are encoded in the 16:9 format and many games and apps are optimized for 16:9 on a landscape mode. If iPhone 8 will really come outfitted with an 18:9 display, all 16:9 videos will show blank space on the sides of the phone.

As Ron Amadeo of Ars Technica noted in his review of Galaxy S8, the device’s unusual aspect ratio results in pillarboxing when watching 16:9 video without zooming or stretching it.

What’s the point of having thin bezels on a phone if your 16:9 movie-watching experience suffers from blank space on the sides, you might be asking. While this is no doubt concerning, you can always double-tap to prompt iOS’s media player to zoom in the video so that it fills the entire screen, in which case parts of the video would get cropped out.

Still, 18:9 could gain momentum if filmmakers adopt it.

For what it’s worth, select new shows on Amazon Video and Netflix are shot in 18:9. Plus, Italian cinematographer Vittorio Storaro is pushing the new Univisum 2:1 format (or 18:9) versus the typically wider 2.20:1 aspect ratio commonly used in movie theaters nowadays.

It’s unclear, and this is important, if iPhone 8’s upgraded camera will feature a new aspect ratio that’s closer to 18:9. Take Galaxy S8’s 12-megapixel camera which shoots in 4:3 by default. But start shooting in the 18.5:9 mode and you only get 7.9-megapixel of its capabilities.

In the same vein, LG G6’s thirteen-megapixel camera offers a maximum of 8.7-megapixel capability in 18.5:9 mode, or 9.7 megapixels for 16:9 images. Only 4:3 images can be shot in the full 13-megapixel resolution.

On the other hand, as iPhone 8 is said to include an active screen area at the display’s bottom potentially designed for showing persistent on-screen controls, like Android, it’s entirely conceivably that the actual content area could be in the 16:9 aspect ratio.

Apps are likely going to need to be updated to take the full advantage of the 18:9 canvas, but having been there before we expect a relatively painless transition. Be that as it may, Apple certainly is no stranger to making an iPhone’s screen taller. 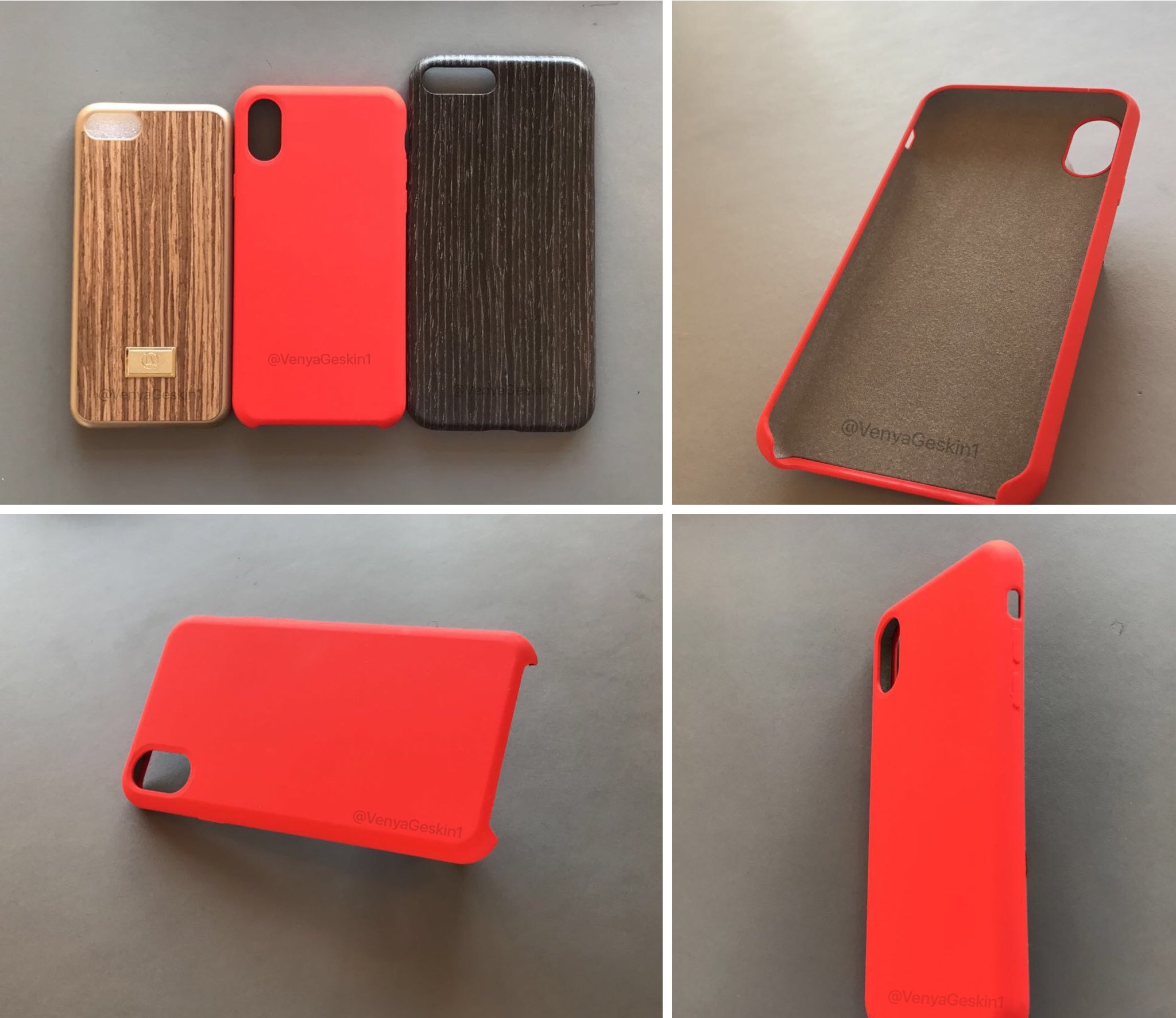 Claimed iPhone 8 case (middle) next to iPhone 7 (left) and iPhone 7 Plus case (right).

With 2012’s iPhone 5, Apple made the display a tad taller without making it wider so that users could still reach corners at the top in one-handed mode. It took developers several months to update their apps to take full advantage of the new screen format. It follows that existing apps on an 18:9 iPhone would show black bars on the top and bottom of the screen.

At any rate, Google has urged developers to work with newer 18:9 aspect ratios for their apps and Apple is expected to do the same if iPhone 8 adopts the new screen format.

In other words, expect 18:9 to quickly become the new norm for smartphones.

As we reported before, iPhone 8 should manage to squeeze a 5.8-inch AMOLED panel (with an active display area measuring 5.1 inches) inside a chassis that would be just a little bit wider and a tad taller than the existing 4.7-inch iPhones.

Hopefully, Apple will achieve this by drastically reducing or eliminating the bezels and integrating the Home button, Touch ID, the camera and sensors into the display assembly.

Fun fact: the original iPhone had a screen aspect ratio of 3:2.