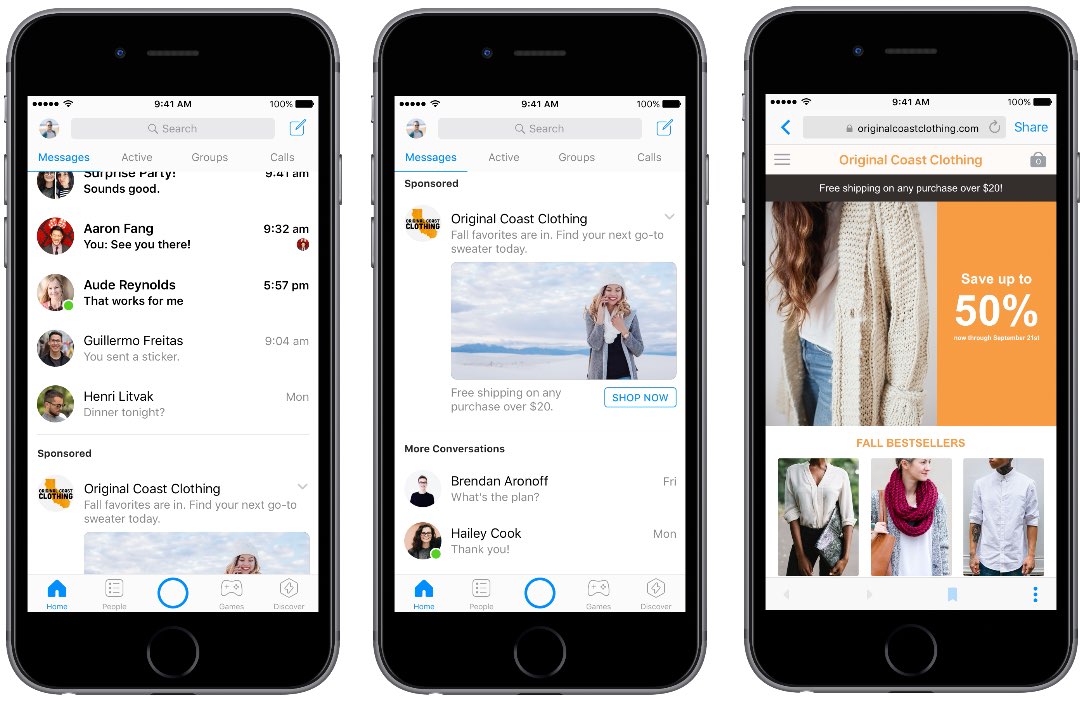 Ads on Facebook’s popular mobile chatting app, Messenger, are now available to advertisers globally, the company said today. Advertisers and brands will be able to add Messenger to their campaigns using existing tools and targeting options.

“A small percentage of people will begin to see ads in their Messenger Home tab towards the end of this month as we build ads inventory,” said Facebook. The social network will gradually extend Messenger ads to more people over the coming months.

Facebook company began injecting ads into people’s conversations on Messenger in the second quarter of 2016. Messenger lets brands send ads as messages to those who previously interacted with that company using the Messenger app.

Only folks who have voluntarily chatted with a business can be sent ads, for now.

When you tap an ad in Messenger’s Home tab, you’ll be sent to the destination the advertiser chose during the ad’s creation, which can be either their official website or a Messenger chat.

Sponsored messages let business re-engage with people who have started a conversation with them while click-to-Messenger ads drive users to a conversation after they interact with the ad in Facebook, Instagram or Messenger.