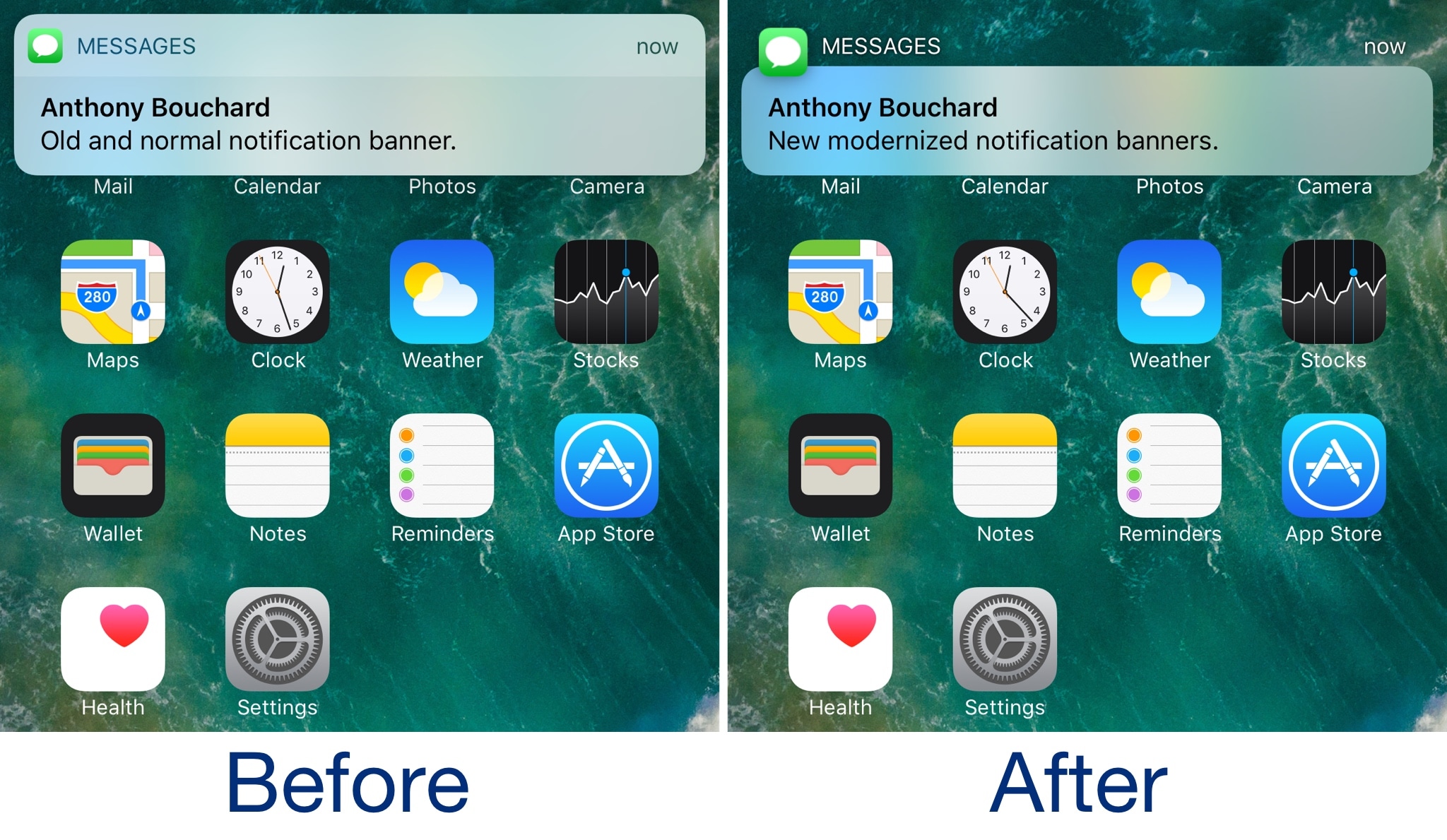 If you’re interested in a new and modernized look and feel for your iOS notifications, then a new jailbreak tweak called Modern by iOS developer FromDerik might be worth checking out.

This tweak replaces the horrendously-large stock banner notifications that appear throughout iOS, whether you’re in an app, on the Lock screen, or looking at Notification Center with something better.

As shown above, the effects of Modern are quite nice, however the banners still take up the same amount of horizontal and vertical space after installation as they did before; in other words, they’re the same size. Nevertheless, the sleeker UI now gives the optical illusion that banner notifications are smaller.

Modern also has an impact on the appearance of your Today widgets on the Home screen’s left-most page, the Lock screen, and in Notification Center, which also is a nice touch: 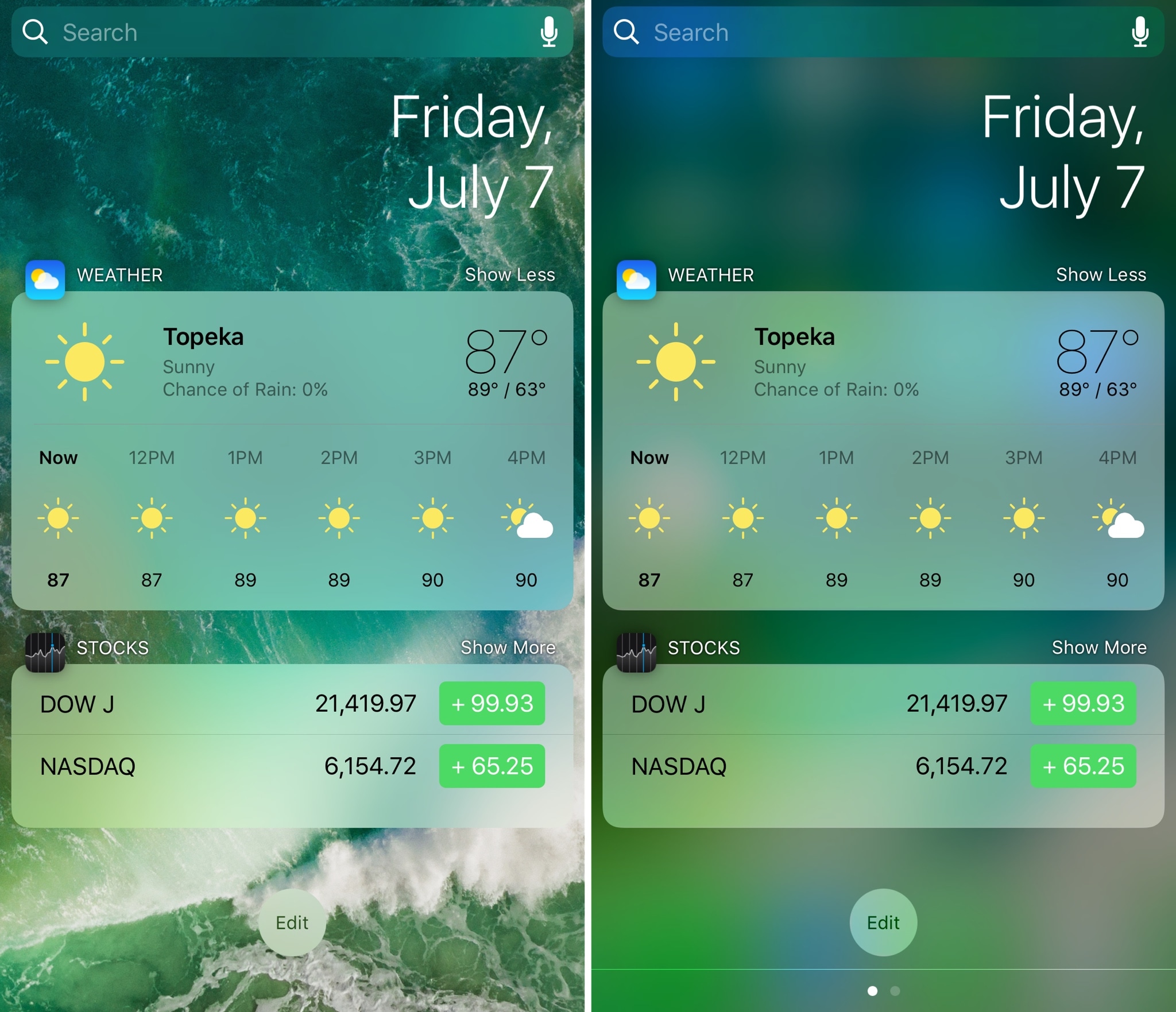 Modern adds a preferences pane to the Settings app where you can customize banner notification appearance and behavior:

You must respring your device to save your changes to the settings, so a respring button is included for your convenience inside of the preferences pane.

Being that Modern is a cosmetic tweak, demand for its look and feel is 100% subject to opinion; not everyone is going to be on board with how it looks, but I for one am warming up to the new appearance.

As a bonus, Modern is fully-compatible with other popular notification UI-enhancing jailbreak tweaks like ColorBanners and Noctis, so you can really go crazy with your notification aesthetics if you wanted to.

If you’re interested in trying Modern, you can download it for $1.00 from Cydia’s BigBoss repository. The tweak works on jailbroken iOS 10 devices only.

Are you a fan of the way Modern makes your notification banners and Today widgets look? Share why or why not in the comments section below.