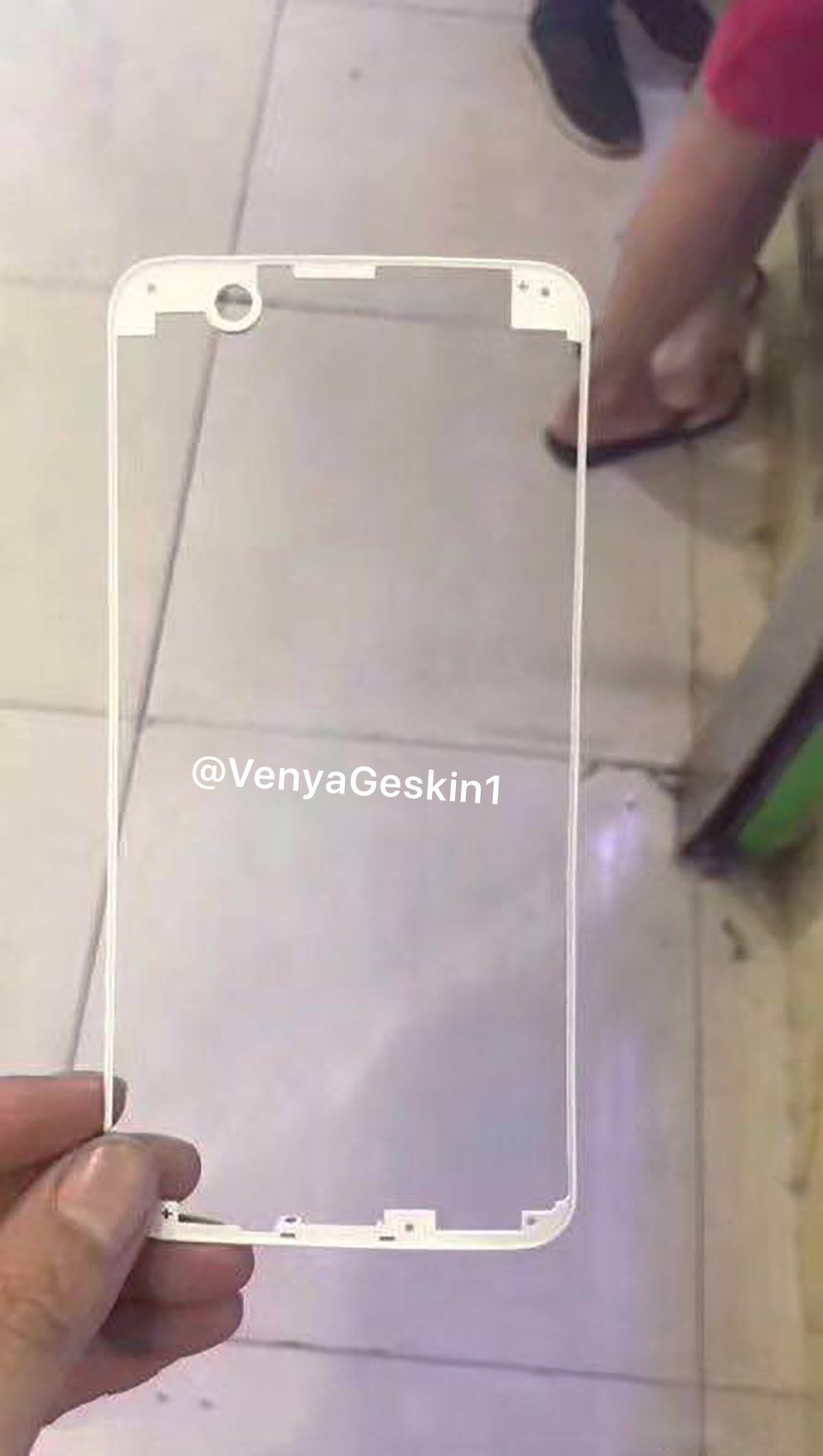 The leaked screen bracket lacks any Home button placement because iPhone 8 is widely expected to adopt a virtual Home button in a so-called function area at the screen bottom.

The presumed iPhone 8 part has a large circular cutout at the top.

The cutout could house additional ambient light sensors to make the OLED display of iPhone 8 True Tone-capable or it could be for a rumored 3D sensor for advanced facial recognition, improved selfie quality, 3D mapping and other features.

According to KGI Securities analyst Ming-Chi Kuo, iPhone 8 will feature “the highest screen-to-body ratio of any smartphone currently available worldwide” and no in-screen Touch ID.

Corners just don’t look right to me—they’re too rounded and radius is too small, looking more like Samsung than Apple design. I think this is a Note 8 bracket, but that’s just me.

Feel free to share your own observations in the comments section below.