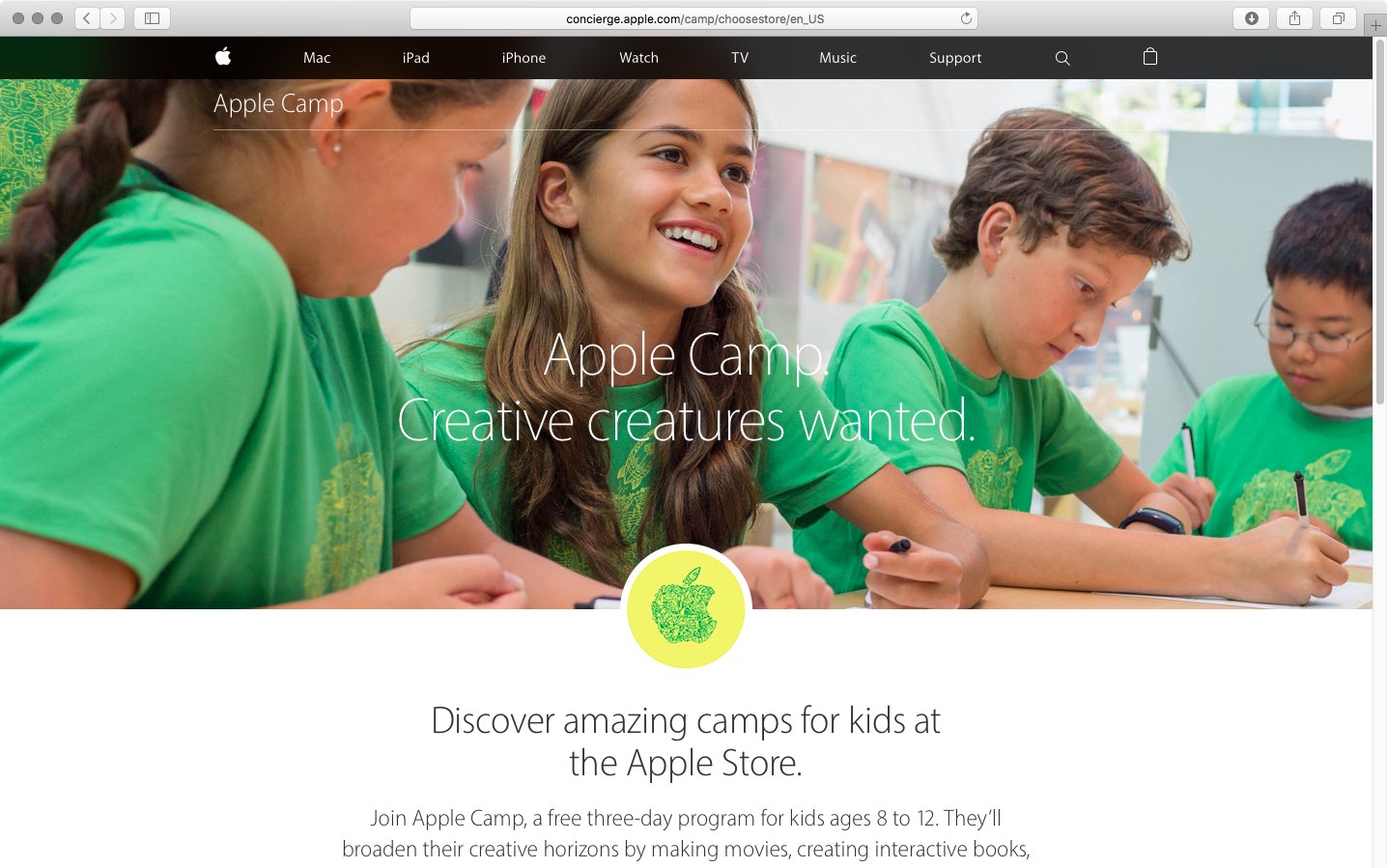 Apple’s retail stores will launch free workshops next month to help kids aged 8-12 learn how to code and program robots in the recently updated Swift Playground app, as well as draw, edit video and more. The sessions will be available from July as part of the company’s “Today at Apple” classes which recently launched across Apple Stores globally.

Apple Camp, as it’s called, will kick off on July 10 and run through July 28.

Apple CEO Tim Cook and other technology leaders met with Donald Trump earlier today, with Cook pushing the US President to make coding a requirement in schools.

Cook has long been a proponent for helping the youngsters learn coding.

“We believe coding should be a required language in all schools,” said Apple’s chief executive when his company debuted the Swift Playgrounds app last year.