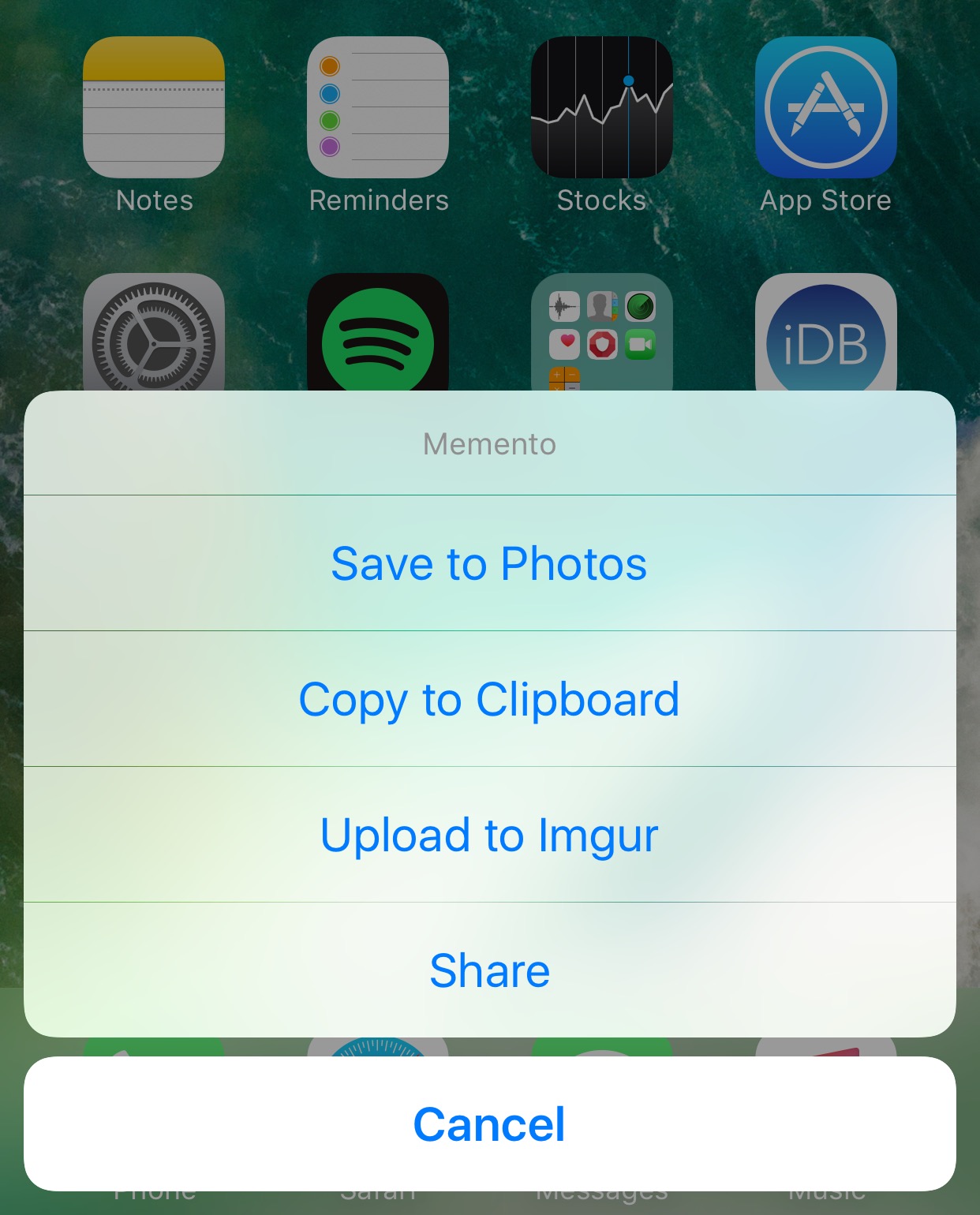 If you take screenshots on your iPhone or iPad more often than the average Joe, then a companion jailbreak tweak like Memento by iOS developer Adit Kamath can be extremely helpful for your workflow.

This tweak offers a host of sharing features that you can take advantage of after snapping a screenshot and is fully configurable.

To set the tweak up, you can go to the Settings app and configure a few options: 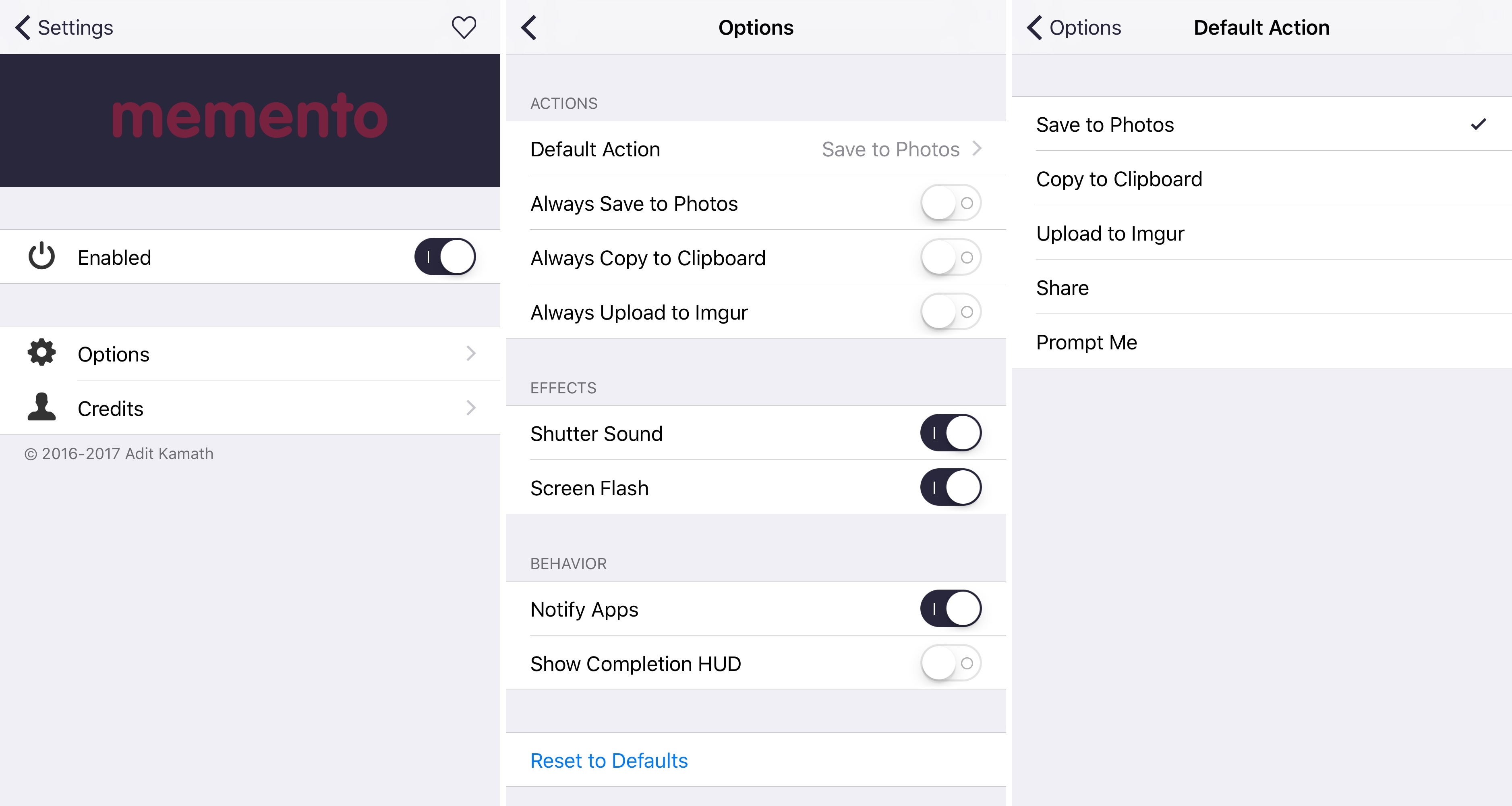 Here, you will find a kill-switch for toggling the tweak on or off and a preferences pane for digging deeper into the configurable aspects of the tweak. Among the things you can configure include:

Because I like having multiple options, I’ve configured the tweak to prompt me about what to do next after taking a screenshot. As a result, I get the menu shown in the illustration at the top of this post after I snap one.

It’s great to be able to quickly open a Share sheet when you want to share the screenshot via any of your apps, but it’s also nice to be able to put it in your clipboard to paste into another interface later when your don’t want it saved in the Photos app.

In addition, I know countless people who hate hearing the shutter sound and seeing the screen flash that entails taking a screenshot, so the additional options for disabling these effects may also appeal to users.

Memento adds a lot of convenience to screenshot-taking, and so if you take screenshots often, it might be worth checking out. The tweak is available as a free download from Cydia’s BigBoss repository and works on jailbroken iOS 9 and iOS 10 devices.

What do you think about being provided with extra options after taking a screenshot on your device? Let us know in the comments section below.