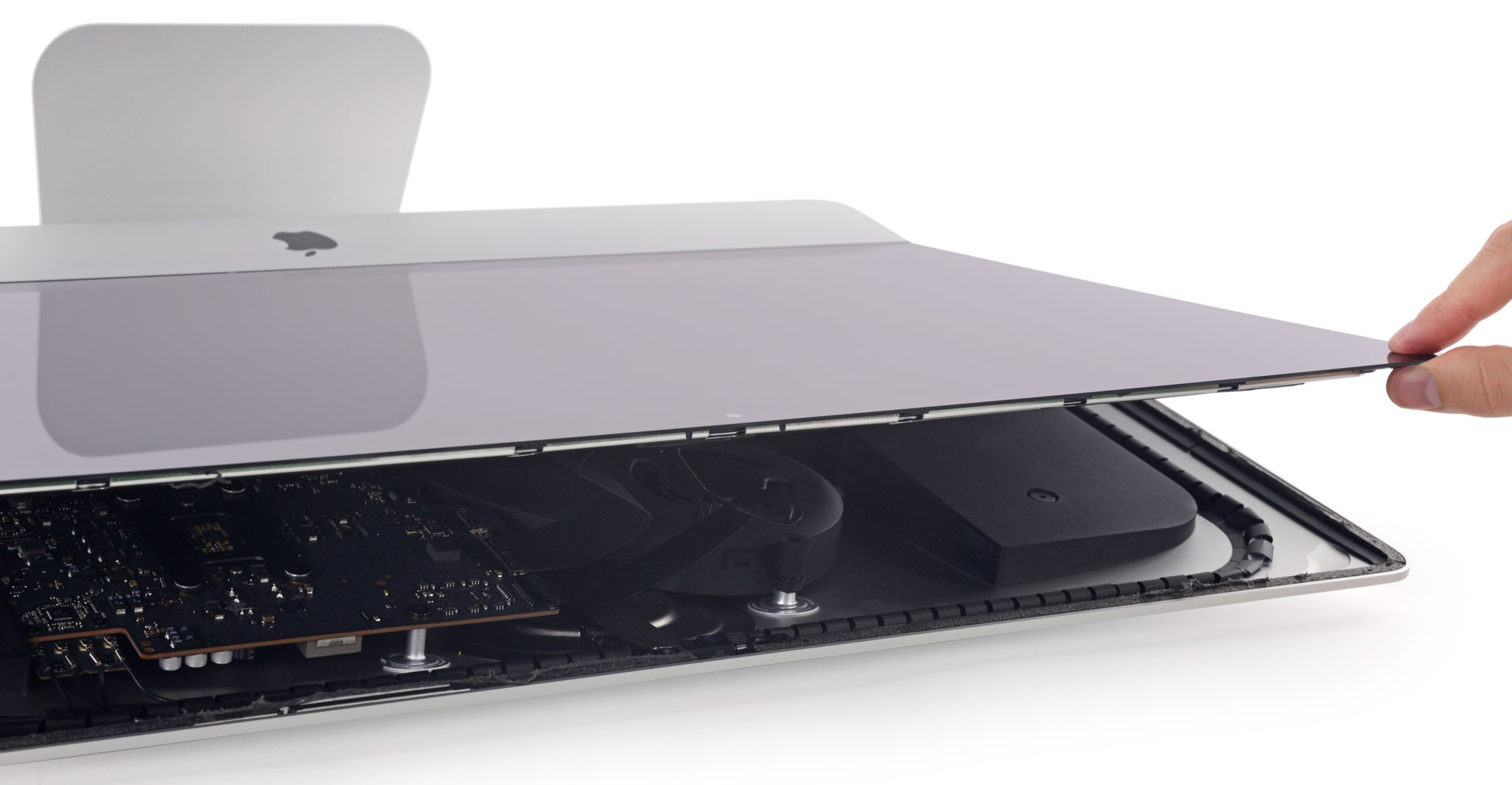 The machine features both removable RAM (via a pair of removable SO-DIMM slots) and Intel’s Kaby Lake processor that—surprisingly—sits in a standard LGA 1151 CPU socket rather than being soldered onto the logic board.

Our teardown confirms that the new 21.5-inch iMac with 4K display has both removable RAM and a modular CPU. Of course, Apple would say neither is user-replaceable. Accessing and replacing these components isn’t exactly easy, but we’re saying it’s possible. Maybe even probable.

A tinker-happy user (armed with the right tools and guide) could at least double the base 8 GB of memory, turning their new iMac with Retina Display into an iMac Semi-Pro.

And here’s the user-replaceable RAM module. 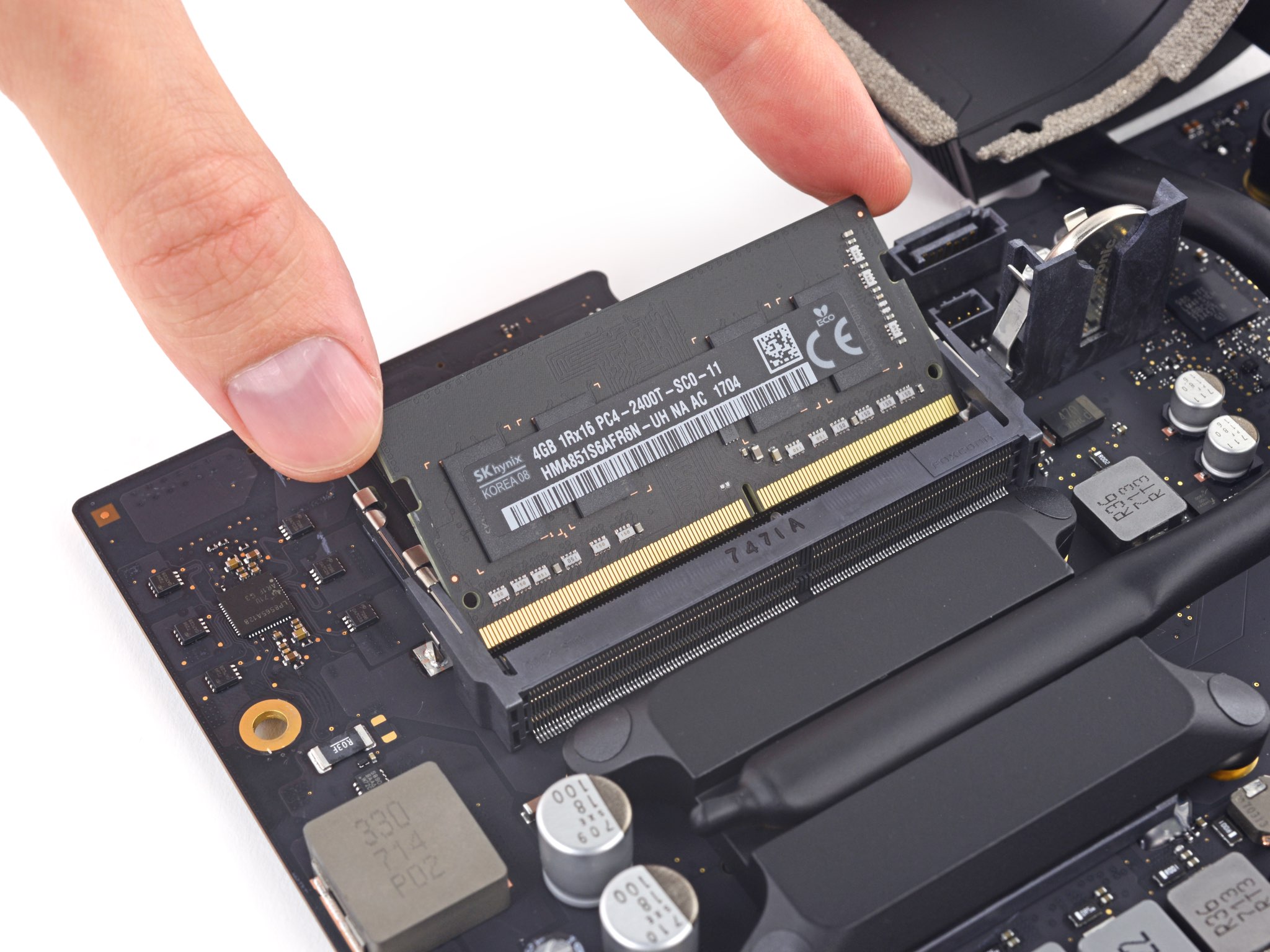 Despite the upgradable RAM and CPU, iFixit gave the machine a 3/10 for repairability.

That’s because the computer is difficult to open as everything is buried under “a finicky glass panel,” in iFixit’s own words. A speciality pizza-cutter-like tool is required to breach the adhesive before any repair. 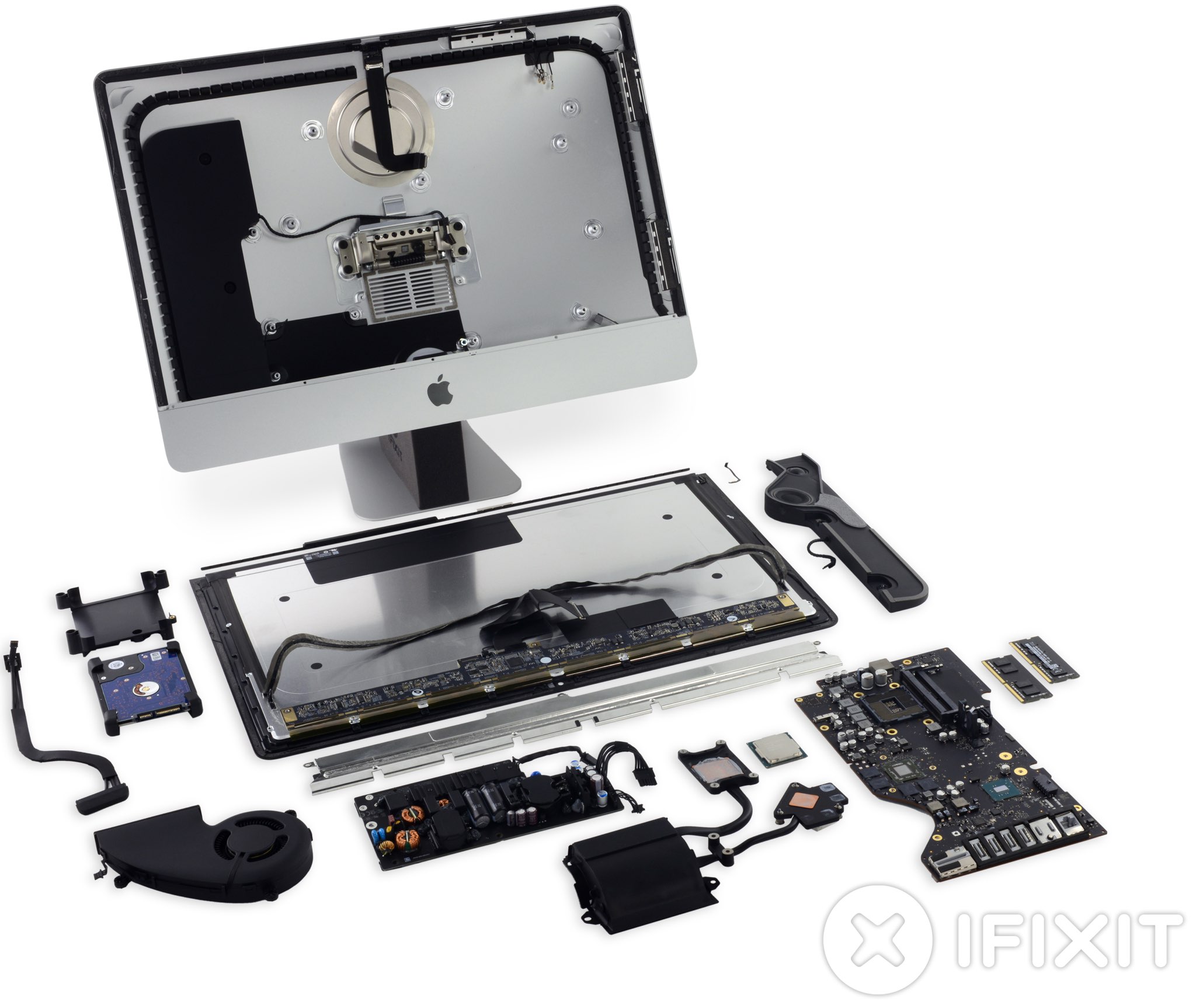 And because the cover glass and the Retina display itself are fused together, the cost of a display replacement will be high.

At any rate, this is still good news for anyone in the market for a new iMac. Upgradability is paramount with all-in-one designs like iMac’s. And with replaceable RAM and CPU, customers will be able to get more use and more years out of their computer.