Apple’s favorite contract manufacturer Foxconn Electronics is teaming up with its display-making subsidiary Sharp to acquire a 31.82 percent stake in eLux, a Delaware-based startup engaged in research and development of micro-LED technology and its application to virtual reality and augmented reality devices.

The American startup was established in October 2016 by researchers formerly employed at Sharp’s research facilities across the United States.

Sharp says it will team with CyberNet Venture Capital, panel maker Innolux and Advanced Optoelectronic Technology (all affiliated with Foxconn) to buy eLux in October.

Nikkei said earlier this week that Sharp will take a stake of just over 30 percent in eLux, valued at $7 million, in exchange for related patents. Additionally, the Japanese giant will transfer 21 patents regarding micro-LED technology to eLux, said DigiTimes.

Apple is apparently serious about this promising new display technology. 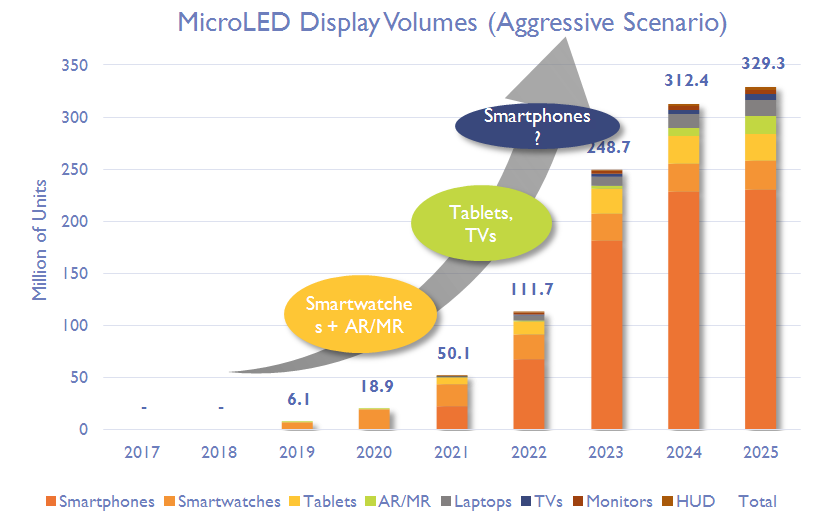 Aside from acquiring micro-LED specialists LuxVue back in 2014, the Cupertino company could kick off trial production of micro-LEDs by the end of 2017, with Apple Watch Series 3 likely switching from OLED to micro-LED display technology.

They’re capable of boosting battery life by as much as 300 percent versus LCDs. The technology allows for improved color gamut and up to two to three times the brightness of OLED-based screens under the same power consumption.