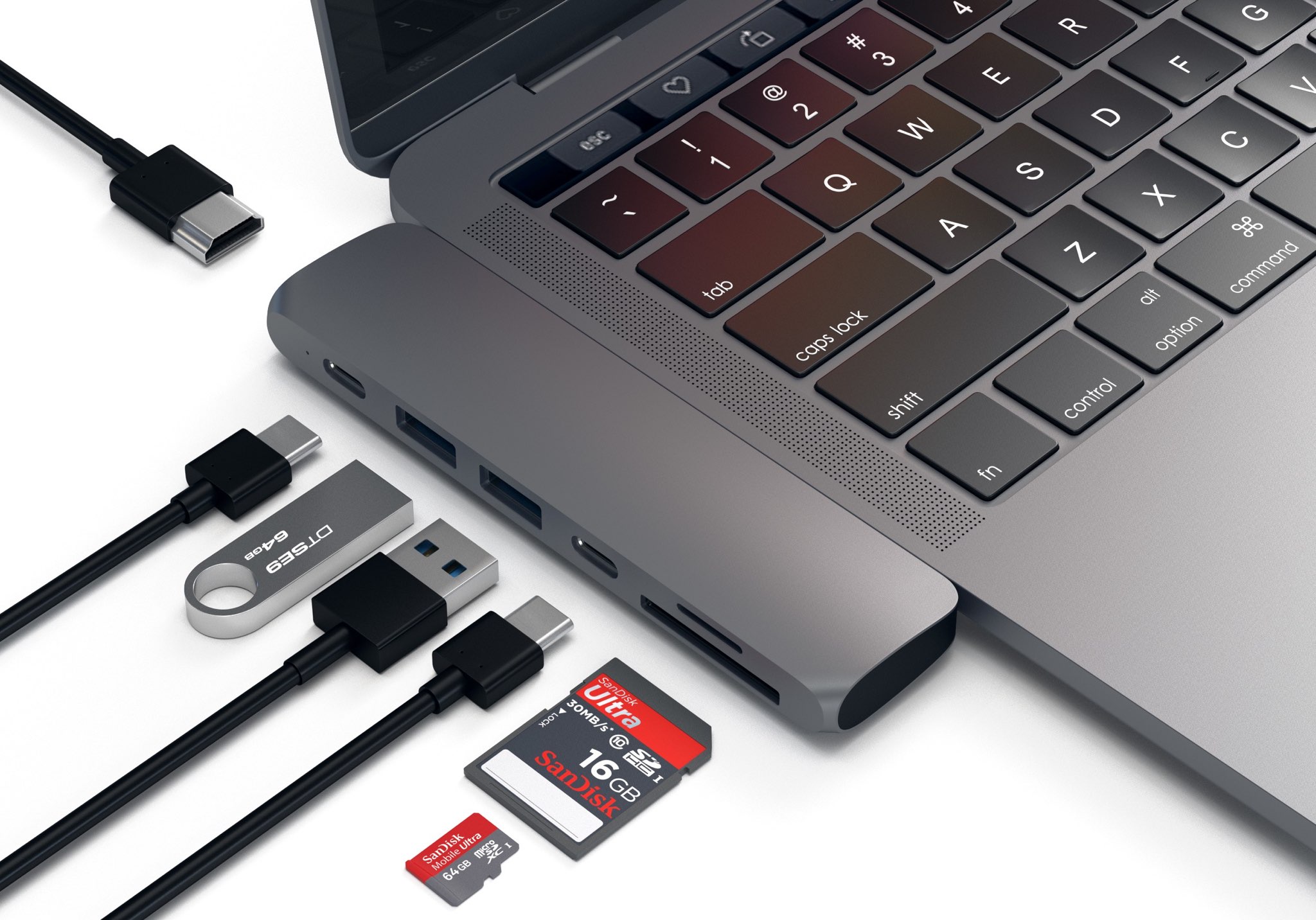 Popular Apple accessory maker Satechi today launched a sleek and compact hub that adds a bunch of missing ports to your MacBook Pro (late-2016 model), including two USB 3.0 ports (so you can charge your iOS devices without having to purchase a new cable), an HDMI port with support for 4K video output, a pair of SD/microSD memory card readers and more.

The hub has two Thunderbolt 3 dongles that take up both USB-C ports of the new MacBook Pros with Touch Bar (don’t worry, you also have an additional passthrough Thunderbolt 3 port).

Here’s a quick overview of all the ports on this hub:

And now, watch Satechi’s promotional video for the device.

Priced at $100, the aluminum-clad Type-C Pro Hub is compatible with both Touch Bar and non-Touch bar MacBook Pro models. As a bonus, Satechi is offering these in two finishes, Silver and Space Gray, to complement your notebook.

You can buy the new Type-C Pro Hub starting today on Amazon..