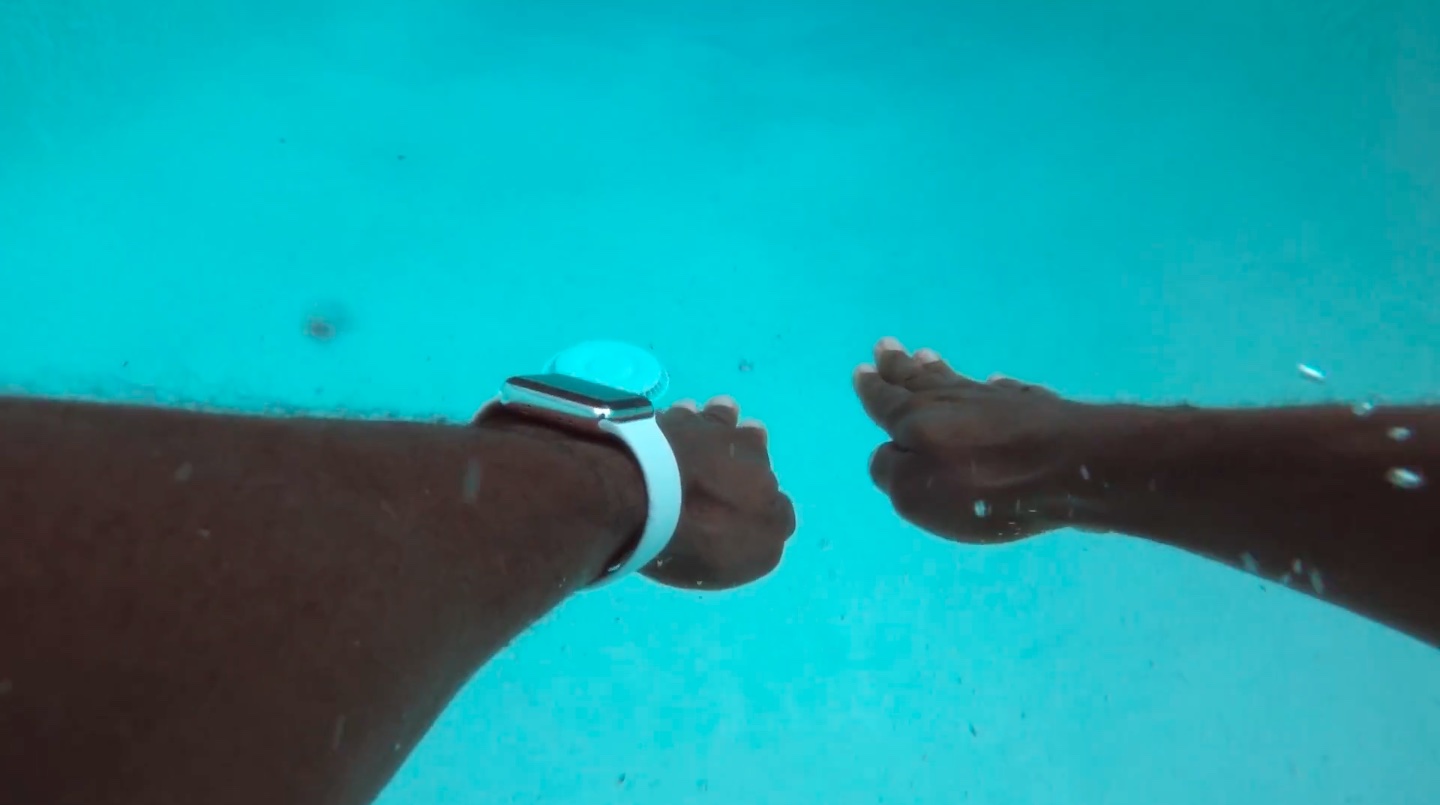 In a report issued Thursday market research firm Strategy Analytics said that Apple has overtaken Fitbit to become the world’s leading vendor of devices worn on one’s body, capturing sixteen percent of the global market for wearables in the March quarter.

Apple sold an estimated 3.5 million watches during the three-month period ending in March, a 59 percent increase over the 2.2 million Apple Watch units sold in the year-ago quarter.

According to Strategy Analytics data, rival Fitbit shipped 2.9 million units in March, marking a significant 36 percent drop from the 4.5 million Fitbits shipped in the year-ago quarter. 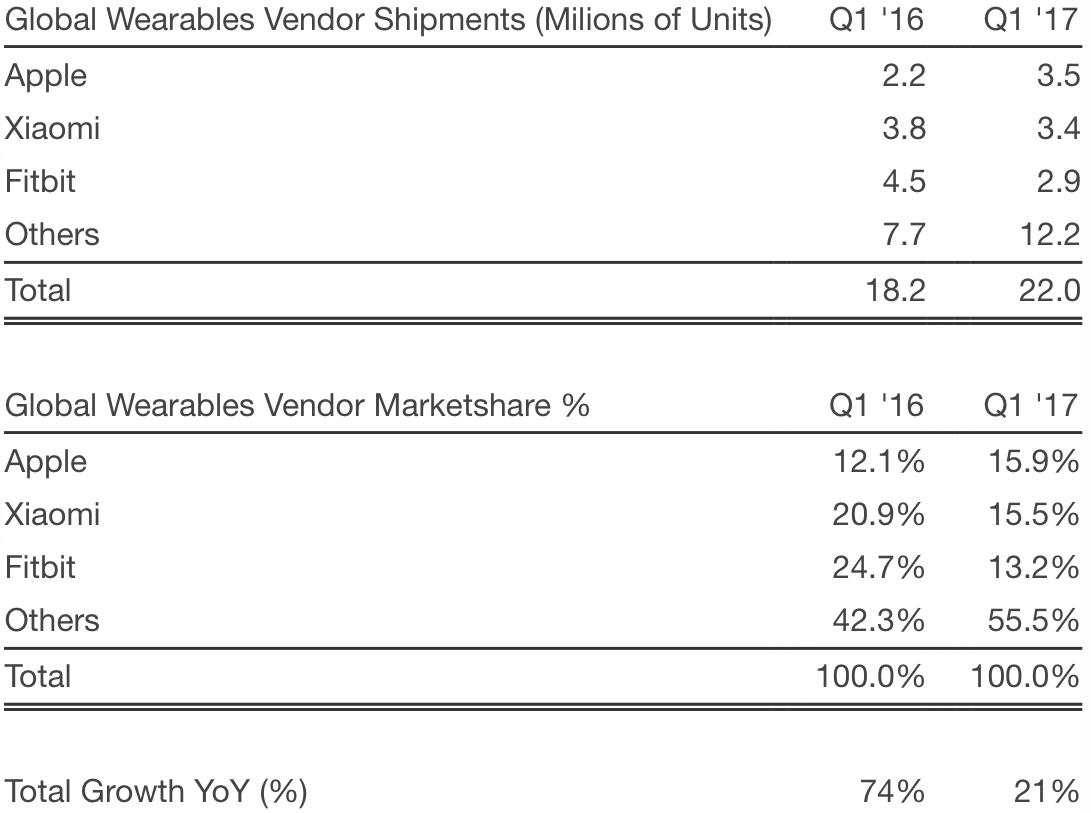 Fitbit has lost its wearables leadership to Apple, due to slowing demand for its fitnessbands and a late entry to the emerging smartwatch market.

Fitbit’s shipments, revenue, pricing and profit are all shrinking at the moment and they have a major fight on their hands to recover this year.

The new Apple Watch Series 2 is selling “relatively well” in the US, UK and elsewhere, due to “enhanced styling, intensive marketing and a good retail presence,” said the research firm. 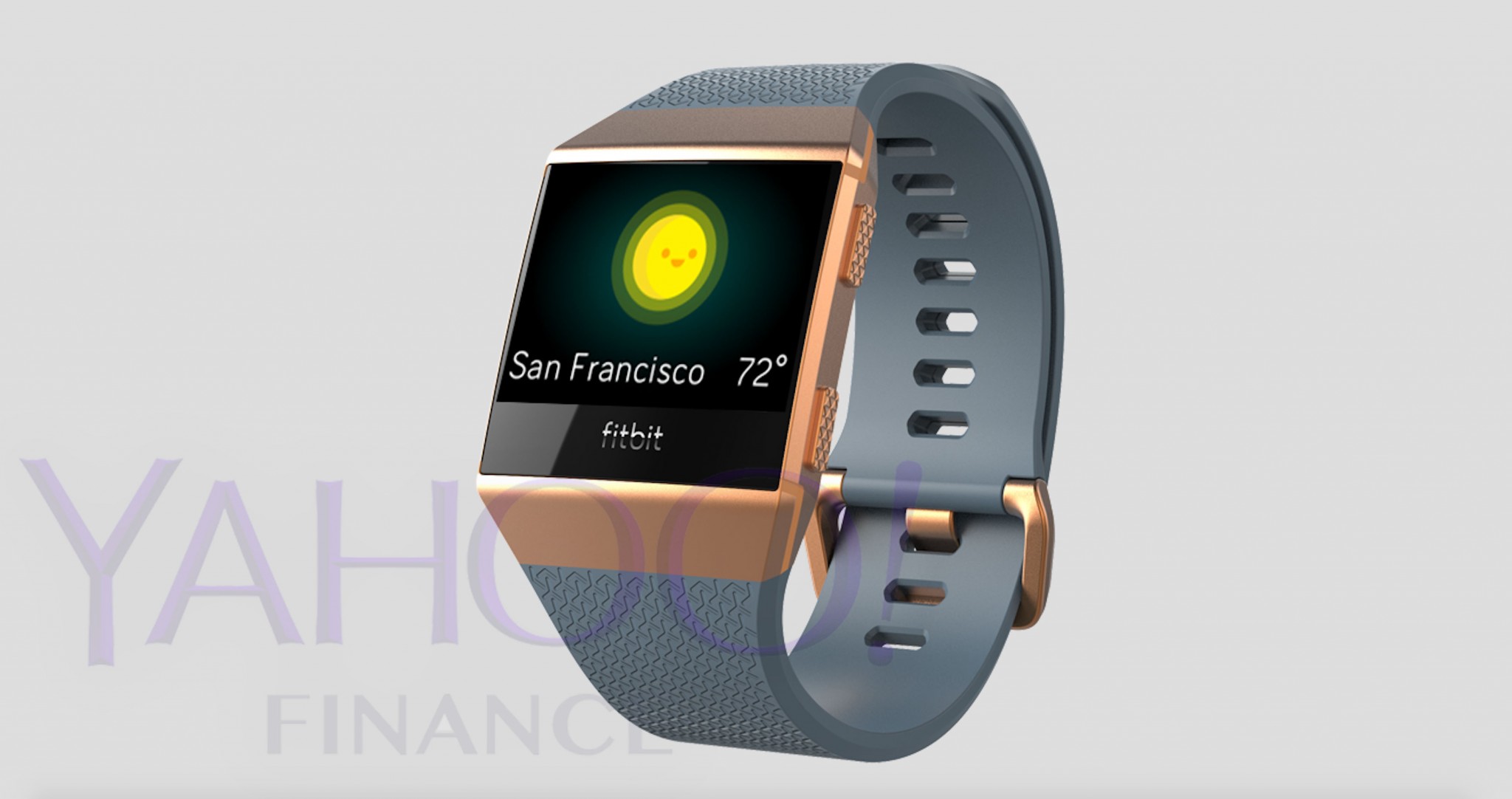 That could change soon as the company is expected to add smartwatches to its portfolio. However, if an image leaked earlier this week (above) is anything to go by, Fitbit’s upcoming smartwatch slated for release this fall won’t win any beauty contest.

Fitbit also plans on releasing a pair of Bluetooth earbuds, codenamed “Parkside” internally, alongside the smartwatch, according to two of Yahoo Finance’s sources. A photo of the upcoming $150 earbuds (below) was leaked to Yahoo Finance earlier this week. 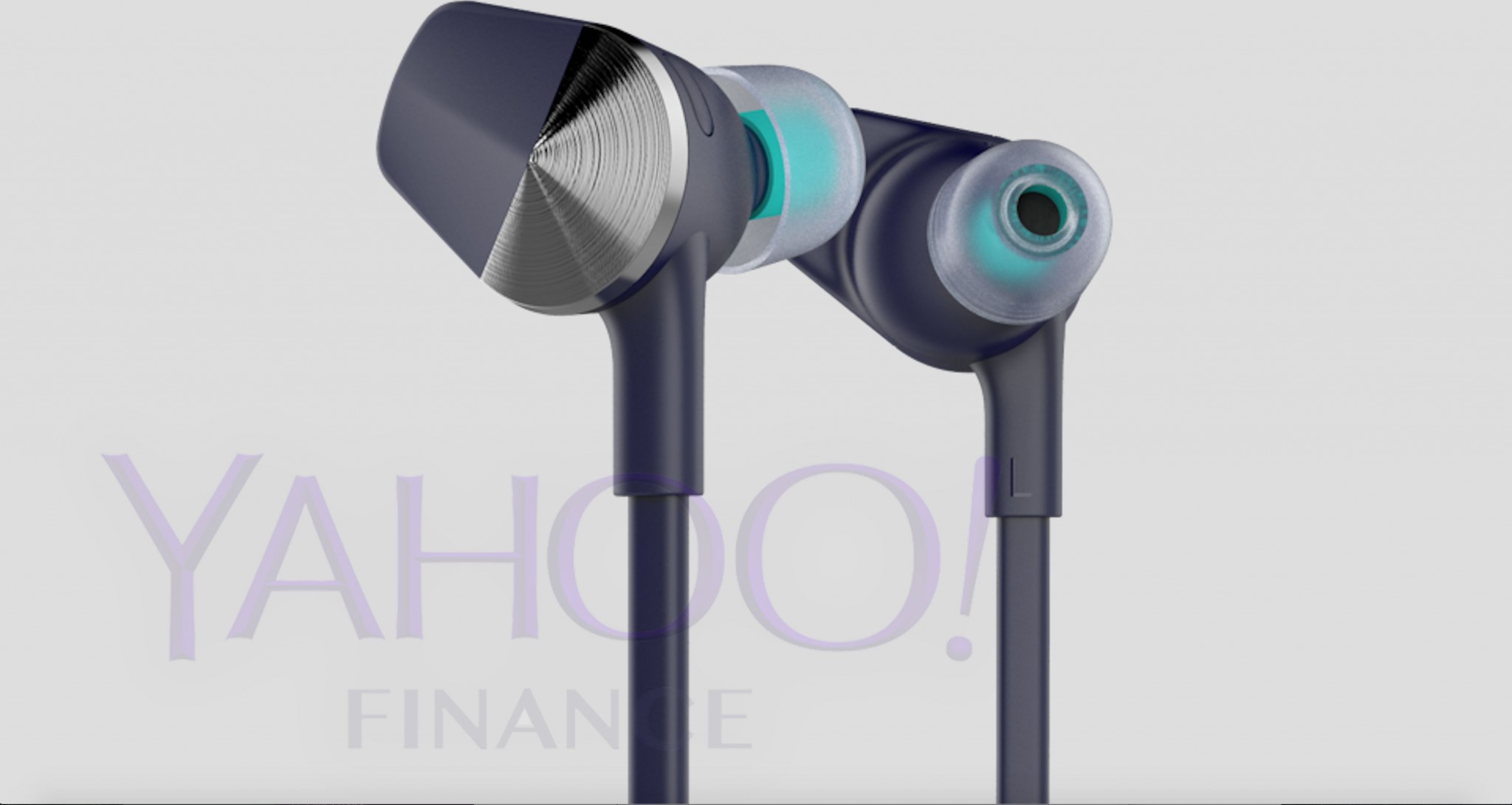 Last December, Fitibit acquired software assets of the struggling smartwatch maker Pebble for a mere $40 million. Following the acquisition, Fitbit put the last nail in Pebble’s coffin by cancelling all new hardware that Pebble had in the pipeline.

The full Wearables Market Data repot is available on the Strategy Analytics website.