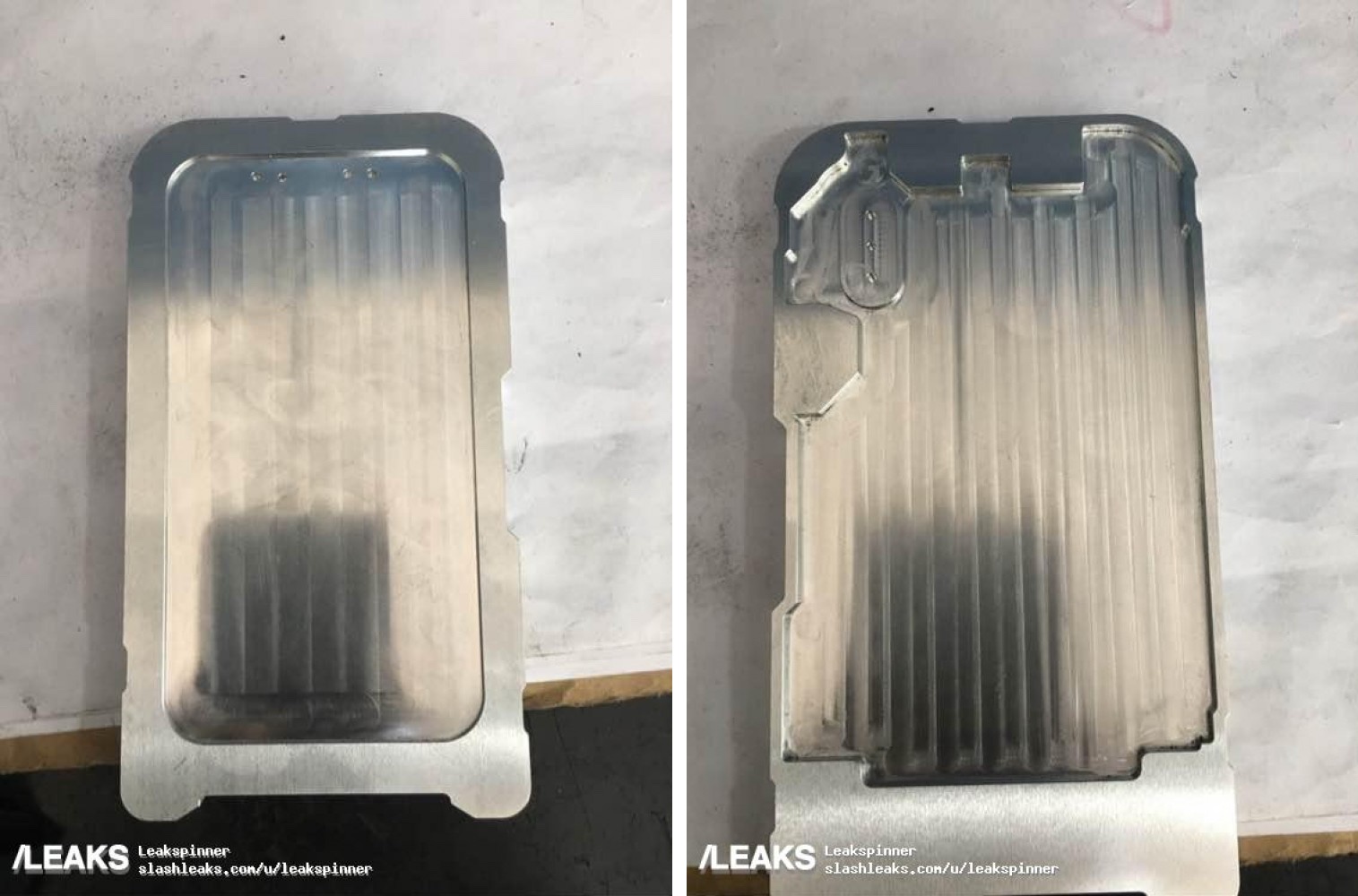 Prolific leakster Benjamin Geskin today shared some new images on Twitter that appear to show CNC-milled manufacturing molds along with a technical diagram for Apple’s upcoming iPhone 8. The images were obtained through SlashLeaks and, assuming genuine, probably taken by a factory worker. If anything, they serve as yet another indication that iPhone 8 will have vertically-stacked cameras and no Touch ID on the back.

As can be seen on the photos top of post, the claimed manufacturing molds appear to match the schematics sheet, pictured below. You can clearly see the cutouts for the vertical cameras, the power button and the Lightning port.

What you don’t see on the backside is a cutout for Touch ID that we saw on some earlier leaks. Has Apple really managed to integrate Touch ID into the display assembly? Only time will tell. If the claimed diagram is anything to go by, however, there will be no Touch ID on the back. 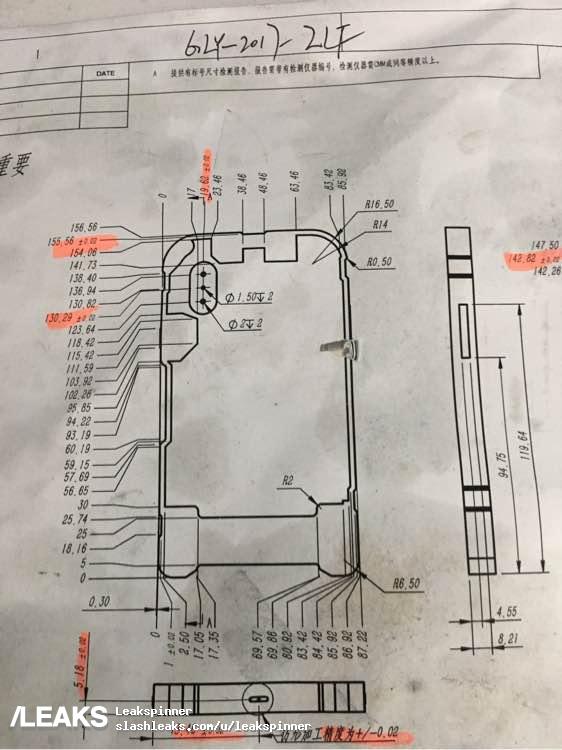 Am I mistaken or does this technical drawing depict a slightly thicker and larger device?

At any rate, we’re looking at three possible scenarios here.

A) Apple has found a way to build an in-screen fingerprint reader on mass scale; B) iPhone 8 will have a fingerprint reader built into its elongated power button on the right side; and C) there will be no Touch ID on iPhone 8 because rumored 3D sensors along with vertical-cavity surface-emitting laser technology from Lumentum will enable advanced and accurate biometric authentication, even in low-light situations.

Your thoughts and predictions?